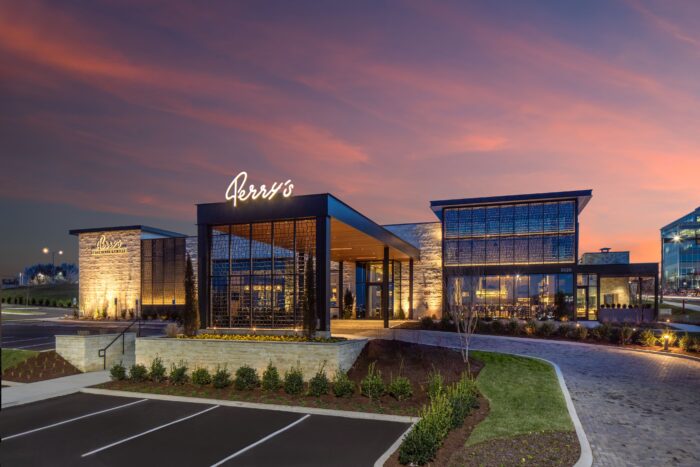 The upcoming Perry’s Steakhouse & Grille near Short Pump Town Center will have a design similar to the chain’s location near Nashville, Tennessee, seen here. Photo courtesy of Perry’s.

An out-of-town steakhouse chain is preparing to tear down a former Short Pump restaurant building to make way for its local debut.

Perry’s Steakhouse & Grille will begin demolition of the former Bar Louie at 11788 W. Broad St., which is an outparcel at Short Pump Town Center.

Perry’s will build an 11,000-square-foot restaurant, the chain’s first location in the region.

Demolition work is expected to start within the next few weeks, Perry’s COO Rick Henderson said in an interview last week. Fencing had been set up around the property by Monday.

Henderson said the Richmond area has been on Perry’s list for expansion, and the Short Pump location fit the bill as a spot in suburbia. 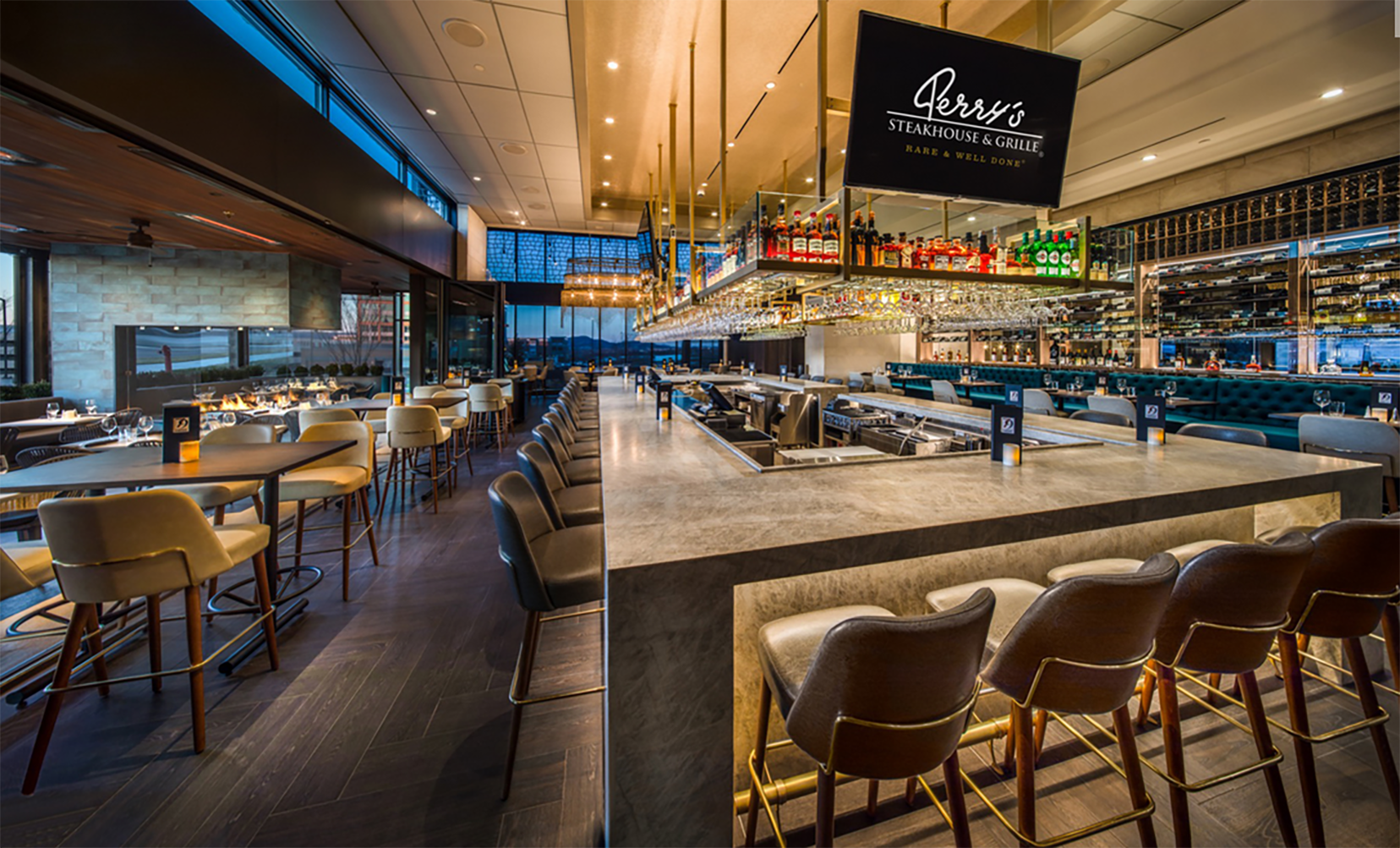 “We like suburban locations. This spot in Short Pump was the perfect opportunity to do a free-standing building, which is our preference as well,” Henderson said. “Richmond has been on our radar for a while. It’s such a great culinary scene in Richmond and we visited numerous times while vetting the location.”

Henderson declined to share construction costs but said his company was shouldering the entire project’s expense.

The project architect is Aria Group and the general contractor is International Contractors. Both firms are based in Illinois.

Perry’s plans to open its Short Pump restaurant in summer 2023.

The current building and land are owned by the Short Pump mall owners and Perry’s will be a tenant in the new building.

In addition to steaks, Perry’s menu features seafood and vegan offerings. It also has an in-house bar concept called Bar 79, so named for the year Perry’s was founded. 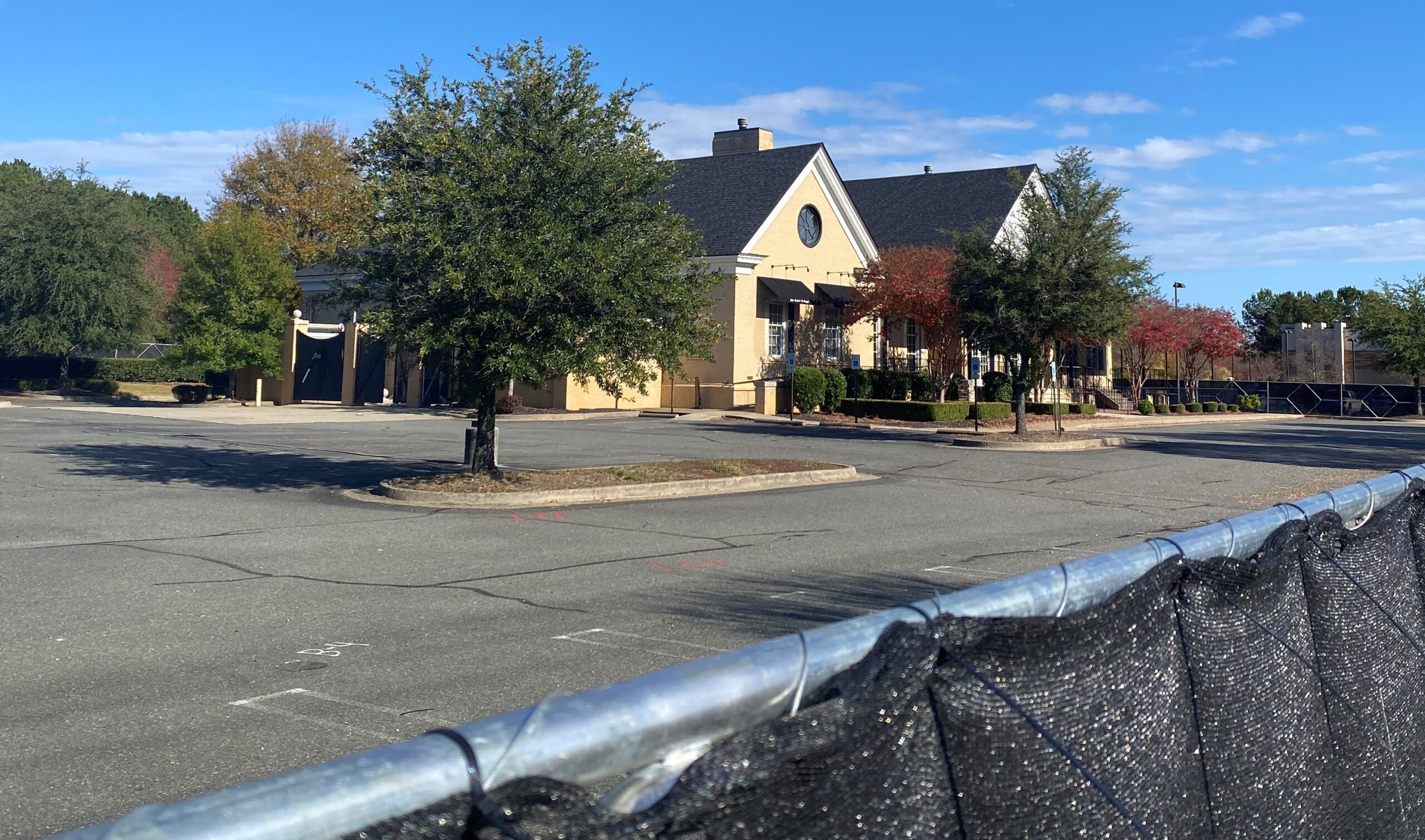 The former Bar Louie will be torn down to make room for Perry’s Steakhouse & Grille. (Jack Jacobs photo)

“Our menu sets us apart. We are not just a prime steakhouse, we have a lot to offer,” Henderson said. “(Perry’s Bar 79) is its own distinct concept. We have a lot of patrons come in to just enjoy the bar atmosphere.”

The Houston, Texas-based chain has 20 steakhouses in seven states. An expansion to Kansas City is planned for 2024. The company got its start in 1979 as Perry’s Butcher Shop and Deli. The first Perry’s Steakhouse and Grille opened in 1993.

Perry’s prepares to get underway on construction as the nearby Short Pump mall pursues an open-container license to allow visitors to drink while they shop. Also in Short Pump, Capital Square recently scooped up land in West Broad Village for a future headquarters.

An 11,000SF restaurant is ambitious in today’s market, and the overall cost to tear down, rebuild, and pay mall rental rates will be a challenge.

I look forward to trying it and wish them luck!

Lookout Richmond, Perry’s is awesome! Their pork chop is a specialty and THE BEST in the land!

https://perrysrestaurants.olo.com/menu/perrys-steakhouse-grille-raleigh
Perry’s Signature Fried Asparagus – $24
Perry’s Famous Pork Chop – $49
10oz Filet Mignon – $59
I’m sure there is some kind of market for it but it’s out of my price range.

Ruth’s Chris has been in RVA for decades and gets 60 bucks for a steak. I’m sure there is some kind of market for it.

Is there a tax advantage to tearing down a space instead of retrofitting an old one?