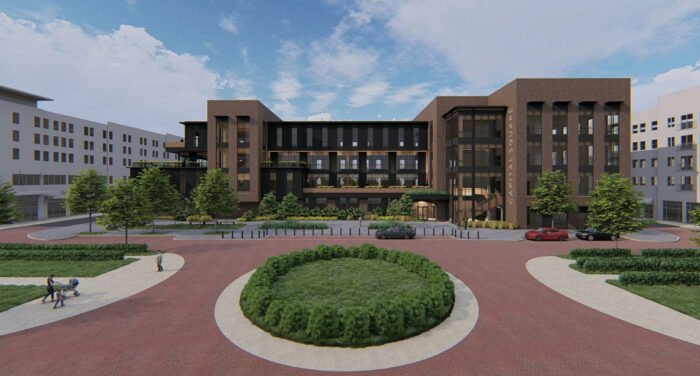 A rendering of the new office building being planned in West Broad Village. (Henrico County documents)

One of the busier real estate firms in town has locked down the site of its future home.

Capital Square, which is currently based in Innsbrook, earlier this month purchased a 1-acre plot in West Broad Village where it plans to construct a 65,000-square-foot office building to serve as its new headquarters.

It paid $1.5 million for the grassy tract sitting at 2301 Old Brick Road in the middle of the Whole Foods-anchored mixed-use development. Capital Square filed plans for the office project earlier this year. 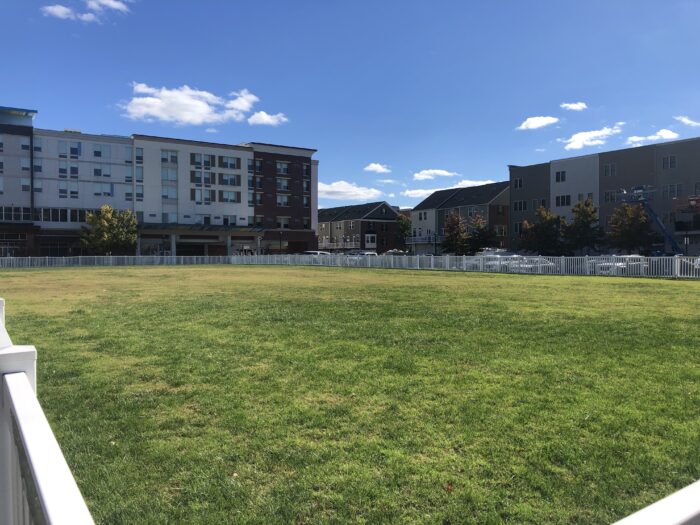 The seller was Chicago’s Shopcore, which also recently sold the majority of the commercial buildings at West Broad Village to a Florida firm for $94 million.

The timetable for Capital Square’s move is unclear. President Mike Waddell said in an email that the firm’s next steps are to finish designing the building and time the beginning of construction “when market conditions are more favorable.”

The West Broad Village deal wasn’t the only one Capital Square has made in Henrico this month.

It also recently sold the Hickory Creek apartment complex at 2344 Hickory Creek Drive in the West End for $65 million to Utah-based NorthRock Cos.

The deal adds another 294 units to NorthRock’s quickly growing portfolio of local holdings. Since 2020 the Salt Lake City-based firm has spent $361 million on 1,500 apartments in the Richmond area.

Its other local holdings include the Glenmoor Oaks apartments at Magnolia Green, the Innslake Place apartments at Innsbrook, and The Point at Beaufont apartments in South Richmond.

The Hickory Creek sale closed Oct. 24. Capital Square had owned the complex since 2019 when it paid $45.6 million, county records show.

Though Capital Square has been primarily in a buying mood in recent years, with record-setting deals like its September acquisition of the Tapestry West apartments, it’s also unafraid to sell when the time’s right. Last year it offloaded the Maple Springs Apartments in Henrico for $35 million.

Waddell said with the Hickory Creek apartments, the company simply saw it as an opportunity to get a “great price resulting in a strong financial outcome for our investors.”

“We think these opportunities will be limited in the current environment over the next several months,” Waddell said.