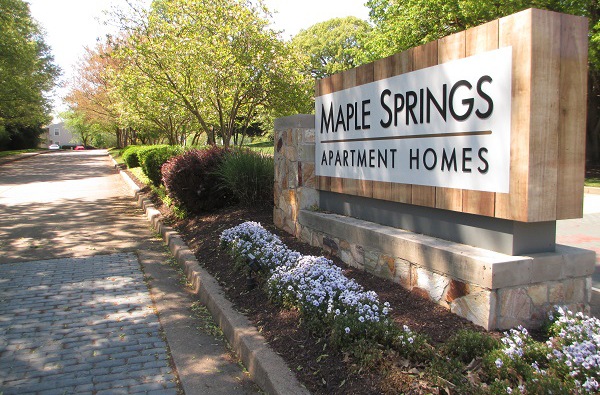 While the fate of its business model hangs in the balance of a proposed federal cut to so-called 1031 exchanges, an area real estate firm with a taste for such deals is keeping them coming in the meantime.

Capital Square, which built its business on the investment property swaps allowed under Section 1031 of the U.S. Internal Revenue Code, recently unloaded a batch of apartments from its portfolio using a 1031 exchange, through which investors can defer payments of capital gains taxes from one investment property to another.

The firm last month sold the Maple Springs Apartments at 5624 Maple Run Lane, a 268-unit complex across Hungary Spring Road from Hermitage High School in Henrico. The 1980s-era property, which has 23 two-story buildings across 18 acres, went for $34.8 million in a deal that closed April 14. 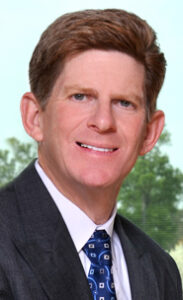 Capital Square CEO Louis Rogers said the sale involved several investors doing 1031 exchanges, in which they bought an interest in the property to replace another they were swapping out.

He said the firm chose to sell Maple Springs earlier than planned due to current demand in the multifamily housing market, which the firm saw as yielding a greater internal rate of return, or IRR.

“This was intended to be more of a seven- to 10-year hold,” Rogers said, adding that the firm had been expecting a return in that time of about 8 to 9 percent. While only five years had passed since it purchased Maple Springs, Rogers said the IRR turned out to be nearly 14 percent.

The buyer is a group led by BH Equities, the underwriting arm of Iowa-based BH Management, which had managed the property for Capital Square since its purchase in 2016.

County property records show the buyer group also includes two LLCs – one based in D.C. and the other in Redondo Beach, California. A BH representative described the ownership structure as a tenancy-in-common arrangement with multiple legacy partners.

In a statement, BH Equities Vice President Mike Baker said it elected to pick up the property when Capital Square went forward with the sale.

“Our experience managing the property gave us confidence to make the purchase in the current competitive buying environment,” Baker said. “On a more micro level, the lack of new developments within a 5-mile radius provided us with comfort that Maple Springs will continue to achieve strong demand.” 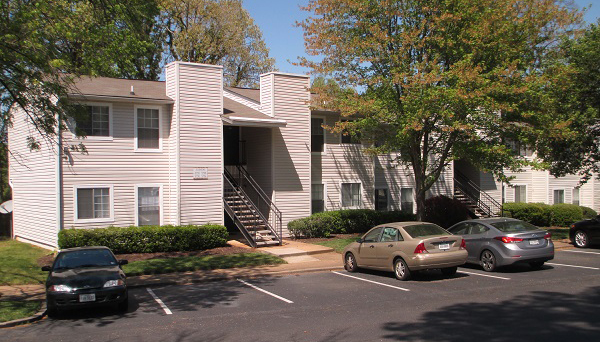 1031s on the chopping block

Rogers, who founded Capital Square (initially named Capital Square 1031) in 2012, said the Maple Springs deal is the latest of about 120 it has done through its Delaware statutory trust investment program, representing nearly $3 billion in assets. The DSTs allow the firm to gather 1031 exchangers’ money into pools for larger real estate investments.

While Rogers described such deals as an integral part of the firm’s business, a proposal to help fund President Joe Biden’s $1.8 trillion American Families Plan would eliminate tax breaks from 1031 exchanges involving transactions with profits above $500,000.

The move is expected to generate $41.4 billion in new taxes that the congressional Joint Committee on Taxation estimated investors otherwise would save through 1031 exchanges, CNBC recently reported.

“We know if there were no 1031, a large number of people would just hold their property. So, the tax that’s projected wouldn’t even be paid,” he said, adding that the move would further cut into the real estate economy by eliminating jobs involved in such deals.

“It really would be harmful to the economy, not to mention coming out of a pandemic, to destroy 20, 30 percent of the real estate business,” he said. “The whole notion of raising taxes through eliminating 1031 is extremely ill-conceived.”

Describing the proposal as “a visceral reaction to punish rich people,” Rogers countered that none of Capital Square’s 3,000-plus investors involved in 1031 exchanges fall into that category.

“None of them are billionaires. I would guess that none of them are hundred-millionaires,” he said. “Most of them are just regular, middle-income people who invested in a property, it appreciated, and they elected to do an exchange and reinvest. The goal of punishing rich people is not well served by taking away 1031.”

Rogers said he doesn’t expect the proposal to pass, though he said he is taking it seriously. Should it indeed go forward, he said his firm has a safety net in the form of real estate investment trusts or REITS in which investors exchange properties through ownership shares in the REIT.

“There’s a transaction that’s comparable to a 1031 exchange that can be done with a REIT, so we have a backup plan that would be OK. Not as good, but better than paying the tax,” he said.

“We’re prepared for it. We don’t think it’s going to happen, because it would have such a devastating impact,” he said of the proposal. “Lots of us are lobbying, and we’re getting good response, because Congress understands that 1031 makes sense.

“If you exchange one property for another, you never cash out. If you don’t cash out, you don’t have the cash to pay the tax. It’s a simple proposition: continuity of investment. And it’s just so good for our economy,” he said. 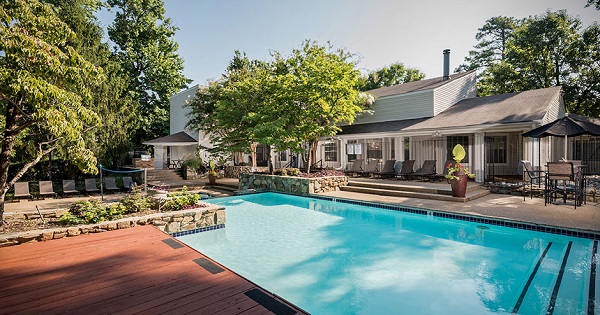 The updated pool and clubhouse at Maple Springs. (Courtesy of Capital Square)

BH plans to put about $4.4 million into rehabbing the property’s interiors and exteriors, including upgrades of about 200 of the units over a three-year period, picking up where Capital Square left off. Baker said the unit upgrades would match what Capital Square had started with its renovations, which totaled about $750,000.

BH also plans to renovate the clubhouse, upgrade the pool and fitness center, and convert a sports court into an outdoor entertainment area with fire pits, grills and seating.

Chris Hirth, Capital Square’s vice president of asset management, said the company’s improvements brought Maple Springs’ rents more in line with the market. At the time of the sale, monthly rents averaged about $950 for units ranging from 430-square-foot studios to 860-square-foot two-bedroom floorplans.

“We fully executed that business plan and sold at a time when we felt demand among potential buyers to recapitalize the property was peaking,” Hirth said.

He said occupancy at Maple Springs was above 95 percent when the sale closed, adding that rent collection was on par with the rest of Capital Square’s portfolio. Despite the pandemic, that collection rate was about 97 percent over the last 14 months across the company’s 33 properties, he said.

The sale comes at a time when Capital Square has been ramping up its development activity in the region, while also picking up several newly built properties.

Last year, the Innsbrook-based firm paid $83.75 million for the 301-unit Canopy at Ginter Park apartments. The Northside complex was developed by Bristol Development Group, which had previously sold Capital Square the 373-unit 2000 West Creek for $103 million.

BH manages both of those properties for Capital Square, contributing to a property management portfolio in the region that totals over 4,000 units.

It’s my opinion that Louis is correct and that neither the American Families Act or the elimination of the 1031 will pass in Congress. Democrats have these investments as well and they will get hurt by the law without the perceived benefits.