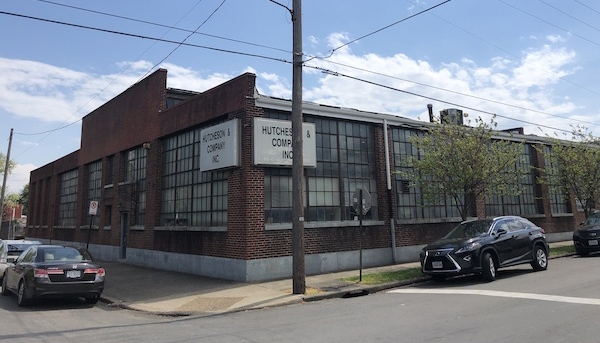 A food hall may be back on the menu in Scott’s Addition as a local developer is lining up a purchase of one of the neighborhood’s last remaining rehab-worthy warehouses.

Henrico-based Capital Square is under contract to purchase the Hutcheson & Co. building at 3015 W. Leigh St.

“We could tear it down and do more apartments. I just really don’t want to do that to the building,” Stifel said. “I want to bring it back to life and make it a really active part of the community.”

The building is adjacent to part of Capital Square’s three-part residential project, Scott’s Collection. In total, Scott’s Collection will add 212 units across three buildings, all of which are now under construction. Stifel said if a food hall materializes, they’d work out deals for residents of the apartment buildings.

“We’re playing with all those ideas right now. We want to set ourselves apart with it as an amenity,” Stifel said.

Stifel declined to disclose what the purchase price would be for the Hutcheson & Co. building, saying only that it’s a bit more than what they’d usually pay for land in the neighborhood.

“We’re putting value into that building because it’s unique. It’s one of the last really cool warehouses in Scott’s Addition,” he said, adding that they’re scheduled to close on it in August.

The city most recently assessed the building at $1.35 million. Hutcheson is a 48-year-old firm that provides electrical and lighting hardware for both residential and commercial projects. It still operates out of the Scott’s Addition building.

Capital Square’s plan for a food hall is the third such concept to be floated for Scott’s Addition.

Prior to being part of Scott’s Collection, a mystery buyer had eyed 2900 and 2904 W. Clay St. for a food hall in 2019. Later that year a D.C.-based restaurant group and The Veil Brewing Co. began planning The Belleville, a food hall that would have been anchored by the brewery at 1509 Belleville St., but plans for that were scrapped amid the coronavirus pandemic’s fallout last summer.

The city’s first food hall to come to life looks to be in Manchester at The Current, a mixed-use project from Lynx Ventures at 400 Hull St. The hall, named Hatch Local, is expected to open later this year and has been filling out its roster of vendors, with pasta concept Oro the latest to sign on. 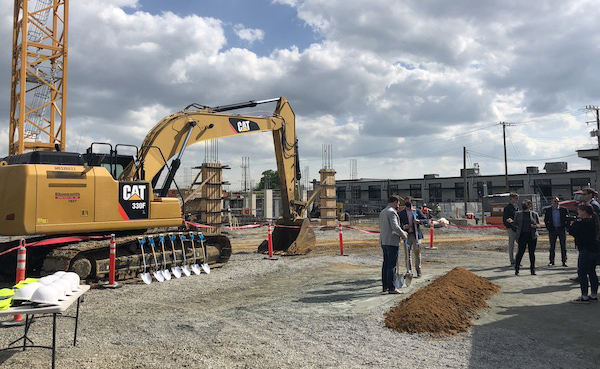 Capital Square also recently broke ground on a major development at 1601 Roseneath Road, right across from the HandCraft building

Another one of Capital Square’s other projects in Scott’s Addition also recently got formally underway.

Capital Square is co-developing the project with South Carolina-based Greystar, which bought the plot for nearly $9 million late last year.

Yes – bring it back to life! In those buildings, the bones are good, let’s repurpose them.

it would be awesome to see a food hall there. The apartments are starting to outpace the available amenities

Love the concept. I think they should do something like that on a grand scale in the Train Shed instead of the virtual nothing that they do currently — could be a REAL draw for out-of-towners.

It would be cool to do a combo specialty food vendor / restaurant model a la Mercado de San Fernando in Madrid (and elsewhere).. Columbus and Baltimore both have longstanding versions of that, so why not us?