The pandemic has knocked plans for a Veil Brewing Co.-anchored food hall in Scott’s Addition off the table.

D.C.-based Neighborhood Restaurant Group confirmed Tuesday it is scrapping its plans for The Belleville, a 25,000-square-foot food hall that had been slated for 1509 Belleville St.

The project was announced last fall. NRG spokeswoman Molly Hippolitus attributed the cause for cancellation to the pandemic.

“Given the unforeseen circumstances, as well as the unknowns that the restaurant industry is facing for at least the next year, we mutually agreed with our partners to let this project go,” Hippolitus said via email. “We truly hope as things get back to normal that we will be able to do a food hall project in the future.” 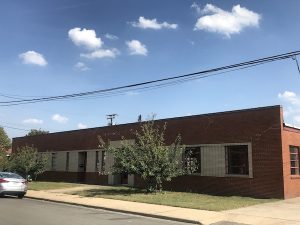 The food hall would have come to life with the help of local developers Charles Bice and Birck Turnbull, who are also behind Veil’s forthcoming Forest Hill taproom. An entity tied to Bice owns the land on which The Belleville would have risen.

The project’s cancellation, first reported by the Times-Dispatch, leaves Veil focusing on getting the Forest Hill spot open and keeping the business steady during the pandemic.

“We’re focused on staying healthy and viable,” said Veil co-owner Dave Michelow. He added they’re aiming to open on Forest Hill by the end of summer.

Prior to The Belleville, another planned food hall failed to materialize in Scott’s Addition last year.

An unnamed, out-of-town developer had 2900 W. Clay St. under contract to turn it into a multi-operator food venue, but those plans were scrapped in early 2019. Since then, local firm Capital Square has bought the land and is planning to build a 60-unit apartment building.