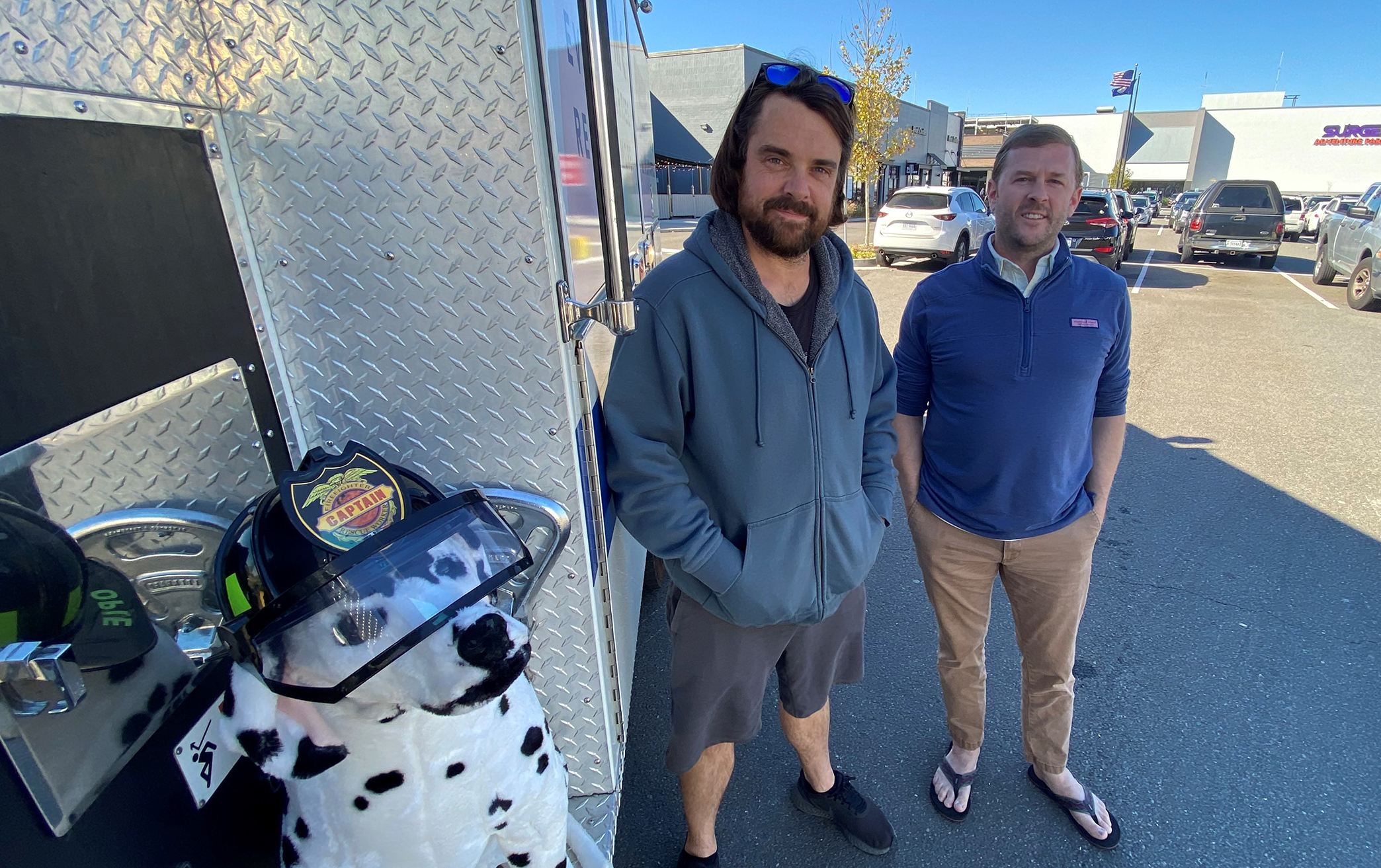 Upon launching in 2021, PlayRVA hitched its business model to operating trains for kids at local malls.

Now, as it looks to out-of-state expansion, the company is offering a new kind of ride.

PlayRVA recently added a fire truck to its fleet that it rents out for kids’ parties and community events. The new vehicle joins the company’s three kid-sized trains.

The fire truck, a blue-and-white 1994 Pierce Saber, is used both as a stationary attraction as well as for short rides. The truck features working lights and sirens.

The company is betting the truck can help it grow its customer base. While it has an obvious appeal among the younger children who comprise most of the train passengers, the truck could provide an entertainment option for older children and even adults.

“We were running the train and it was going great but we wanted another activity for other age groups,” co-owner Taylor Pace said this week.

As for older customers, Pace envisions the truck as a limo alternative for things like weddings, Christmas light tours and more.

“Anything a limo would do, prom, weddings etc., I think this truck could handle. It’s just going to be a smaller group,” Pace said. “On our list we have plans to put people in the back to take them to wineries, breweries and other destinations so we can expand the reach to adult customers as well. We’ve had a lot of requests for that.”

Pace said business on the train-side is brisk. And he said the company is considering more fire trucks if its plans bear out. 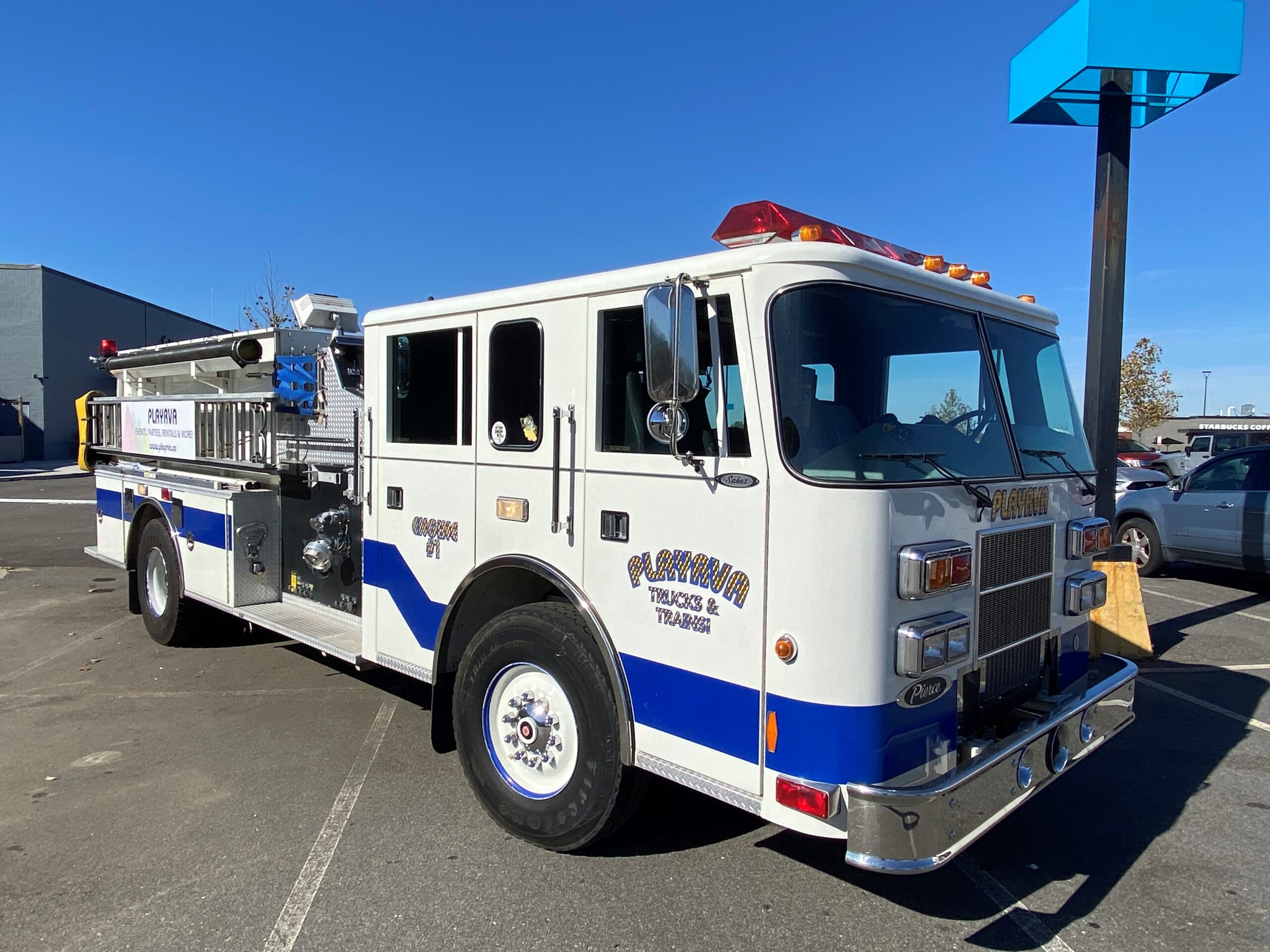 PlayRVA recently bought a used fire truck, which it rents out for parties and community events.

“The train right now is booked up pretty consistently. If we can book the truck as much as the train, we’ll definitely want to get another one,” Pace said.

The company bought the truck in September for $17,000 from a fire department in Pennsylvania.

The programming expansion comes as the company brings its ticketed train rides to a mall near Allentown in eastern Pennsylvania. The pilot train ride program kicked off this week and marks the first time it has operated at a mall beyond the Old Dominion. It has stationed one of its trains there as part of the test run.

That move comes as the company has seen its Virginia mall presence shrink.

This summer, PlayRVA exited Short Pump Town Center, where it operated the train owned by the mall. Pace said the mall decided to bring the conducting back in-house.

The company also ended a short stint at Colonial Heights’ Southpark Mall a couple months ago. Pace said business was too slow there to continue.

The company continues to run its ticketed train rides at Regency and Chesterfield Towne Center. It also continues to rent out its trains for events and parties, which have come to be the bigger part of its business.

“The event sales are exceeding the (mall) routes for sure,” Pace said.

PlayRVA was founded in early 2021 by Pace and co-owner Proctor Trivette, and they began operating at their first mall in Short Pump later that year. The company operates out of office spaces in Regency and Scott’s Addition.

PlayRVA hosted our son’s 3rd birthday party at Regency last summer, and they did a great job with it. Congrats with the expansion!