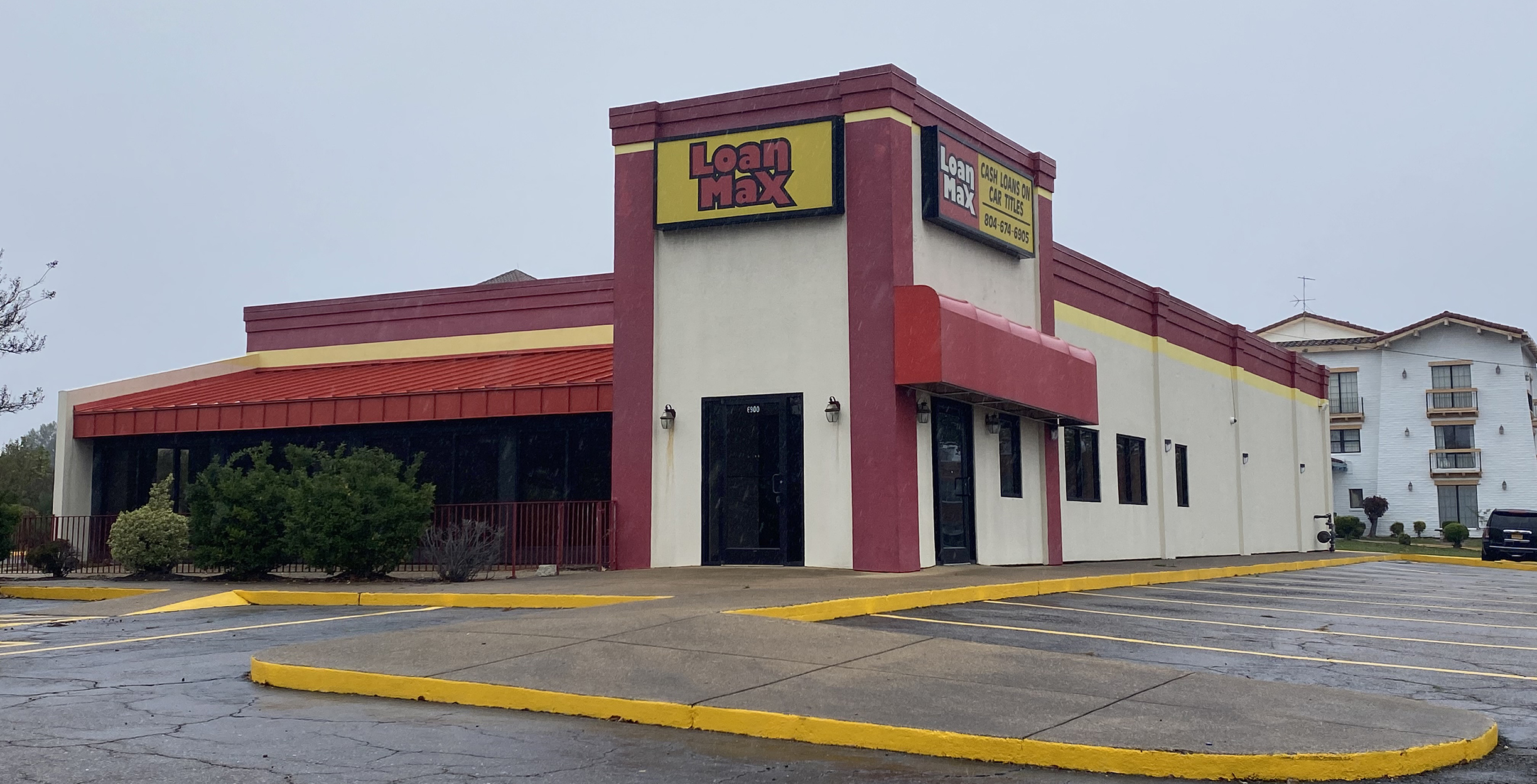 CenterWell Senior Primary Care is planning to open a clinic in a former LoanMax at 6900 Midlothian Turnpike in Richmond. (Jack Jacobs photo)

The stage is set for 2023 to be a busy year for Humana’s new primary care subsidiary, with three Richmond-area clinics planned to open amid a larger national rollout.

The insurance giant’s CenterWell Senior Primary Care announced Wednesday expansion plans that include a new clinic in the city of Richmond, one near Lakeside and one in eastern Henrico — all slated to open next year.

The CenterWell clinic in the city will be at 6900 Midlothian Turnpike near the Richmond-Chesterfield line. The Lakeside-area spot will be at 8191 Brook Road, according to Humana spokesman Mark Mathis.

The eastern Henrico outpost, as was previously reported in BizSense, will open at 4722 S. Laburnum Ave. in August.

The south-of-the-river spot is slated to open in a 5,000-square-foot space that is a former LoanMax storefront. The Brook Road outpost’s space is about 6,000 square feet within the Parham One shopping center.

CenterWell is a subsidiary of Humana and is aimed at elderly patients. The clinics are staffed by physicians, pharmacists, social workers, nurses and behavioral health specialists.

CenterWell offers in-person and tele-health primary care services as well as on-site labs and community centers. The clinics are designed with wide hallways, wheelchair-accessible weight scales and other things intended to make them more accommodating of seniors with mobility problems. The clinics accept Humana and non-Humana health insurance plans.

The chain also plans to open three clinics in eastern Virginia in 2023, with at least one each in Norfolk and Hampton, Mathis said.

The Kentucky-based company plans a total of 30 to 35 new clinics in 2023, an expansion fueled by private equity support from a joint venture with Welsh, Carson, Anderson and Stowe.

CenterWell plans to open clinics in 10 states including Virginia by the end of next year. The brand has a presence in many of those states but Virginia, Indiana and Mississippi will be new markets.

The Primary Care Organization is the umbrella organization for CenterWell and fellow senior-focused, primary-care concept Conviva Care Center. Between the two brands, Humana operates more than 220 clinics in 11 states, according to a CenterWell news release.