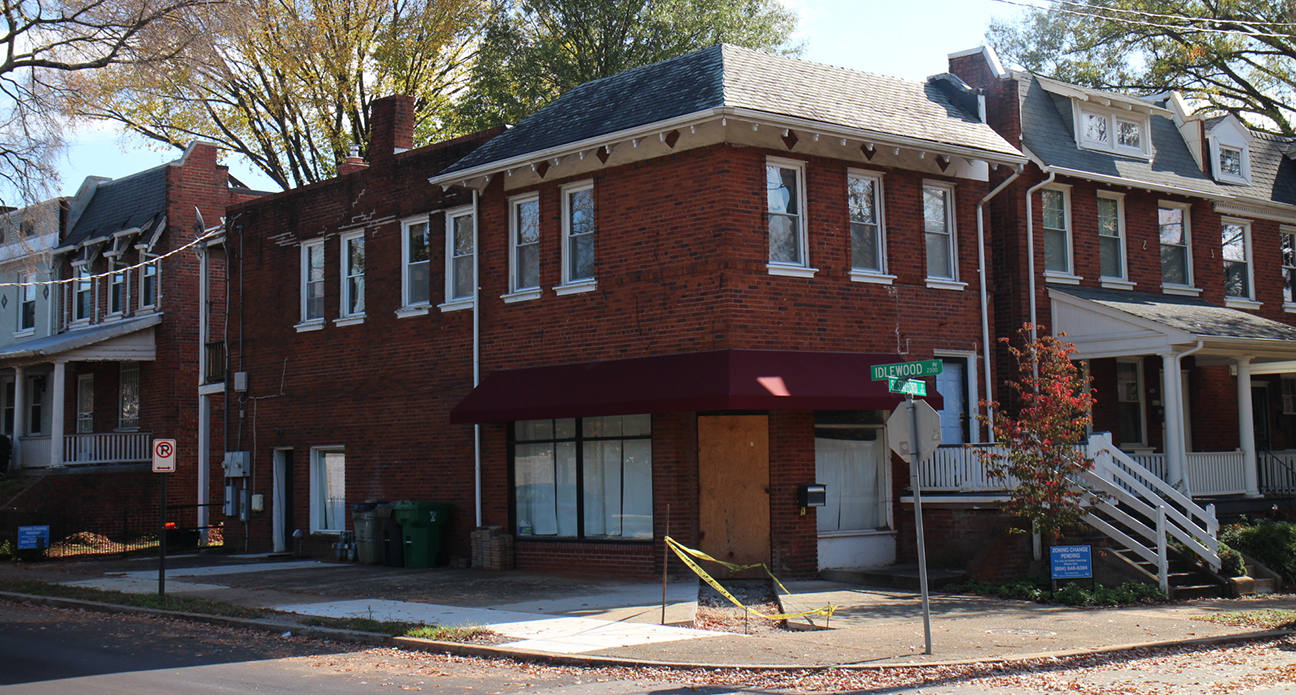 On the heels of purchasing a building in the Fan, a group of Carytown restaurateurs are looking to expand their holdings yet again.

The group is seeking a special-use permit to allow for commercial uses in the 2,000-square-foot, two-story building near the intersection of South Stafford, Grayland and Idlewood avenues. The upstairs is planned to become an apartment while the downstairs would house the restaurant.

Demetrios Tsiptsis said the restaurant would be a cafe and sandwich shop. Since it would be one of the only dining options south of the Downtown Expressway from Windsor Farms to Oregon Hill, Tsiptsis said they’d be keen on tweaking their offerings based on what nearby residents want.

“It behooves us to listen,” Tsiptsis said. “(The restaurant) is going to be extremely community-focused. That’s the only way it’s going to work.”

The 102-year-old building had formerly been a restaurant in the 1990s but has been vacant in recent years. An entity tied to Tsiptsis and his partners bought the building in 2016 for $270,000, city records show.

Their request for a special-use permit has received both support and opposition from locals.

As of press time, 32 people had submitted letters of opposition to the city, citing concerns related primarily to parking, property values and noise. Meanwhile, 36 individuals have written in letters of support, and the city’s planning staff and the Byrd Park Civic League have also thrown their support behind the project.

The special-use permit would include restrictions preventing the restaurant from staying open past 10 p.m. and hosting live music.

Mark Baker of Baker Development Resources, who’s representing Zemlan and the Tsiptsises in the permit process, said in an email that their request is “more heavily-conditioned than typical corner commercial uses handled through the SUP process based on our discussions with the community.”

The permit request went before the Planning Commission at its Nov. 7 meeting. After nearly 90 minutes of public comment and deliberation, the commission eventually voted unanimously to continue the matter to its Dec. 5 meeting.

Baker said they’re now in the process of “considering responses to opposition concerns but they’re not in a position to comment as to the exact nature of those changes at this time.”

“We will continue to work on those issues as we prepare for a return to the commission,” Baker said. “This kind of discussion is not uncommon and is a benefit of the special-use permit and associated public hearing process.”

The New York Deli crew has had a busy fall. Last month they purchased the former Lady N’awlins building in the Fan, where a pair of Deli employees are planning to open another new restaurant.

I hope it ends up being an affordable lunch option. I’d love a closer place to walk to and grab some food between meetings.

Why did they need to apply for a special use permit if it was previously a restaurant? Was the zoning changed while it was vacant or is there some sort of odd statute?

Byrd Park is entirely zoned R-6 thus no commercial uses and the old SuP for Stafford Grill that closed in 2000/1 has ling since expired.

pS apartment has been used an occupied almost continuously at least since the 1990s. And it was originally an apartment space. Before the grills/bars the first floor was a pharmacy.

I’m looking forward to having a restaurant in the area, but I’m skeptical of how well they can do in that location given who the owners are. I’d feel much better if it was the owner of Garnett’s!

I went to a catered reception at New York Deli just the other night. Between the chicken&waffles, mozzarella balls, meatballs, spanakopita, veggies, etc., I know they will have at least one faithful customer!

Soooo excited for this in my neighborhood!!! I’m crossing my fingers they’ll have “to go” food items like Stella’s and Galley.