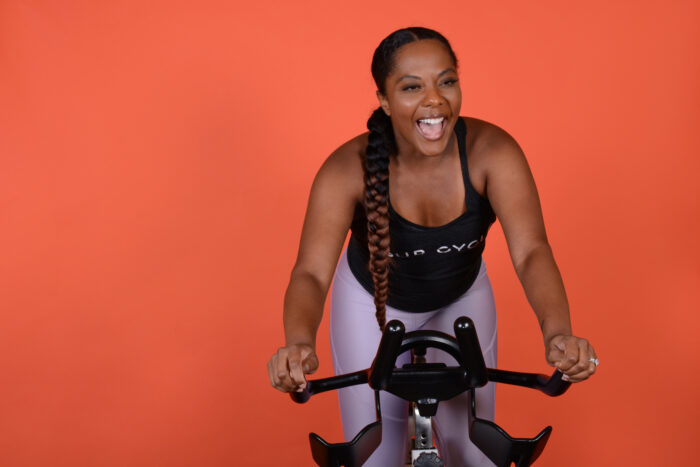 Leaving behind its original digs in Manchester and lowering its decibel levels, a young cycling gym has pedaled its way across the river for some extra space.

Hour Cycle Studio opened Sunday in a 1,200-square-foot space at 209 N. Third St. in downtown Richmond. Owner Jenn Braswell said the new location is about four times larger than where she got started in Manchester a couple years ago, and sought the extra space to give riders room to spread out and to introduce more equipment to the gym.

“It was a very small square footage, which was fine to get started. But I wanted to have a space to offer an enhanced experience with COVID and people still wanting to be spread out and we wanted to have more bikes,” Braswell said.

As a result of the move the gym has doubled its stationary exercise bicycle fleet to 20 bikes.

After opening at 715 E. Fourth St. in Manchester in September 2020, Braswell said she had been on the hunt for a larger space since January 2021. She had trouble finding a desirable property with a landlord willing to rent to a tenant in a sector of the fitness industry known for loud workout music.

The solution? Headphones to contain the music and instructors’ voices to riders’ ears.

“It was hard for landlords to give us a yes because of the noise. We’re essentially a silent spin studio at this point,” she said.

Braswell said she got the idea from events company UnlockingRVA, which holds so-named silent parties that feature musical entertainment delivered to attendees through headphones.

“I pull inspiration from many different places,” she said. 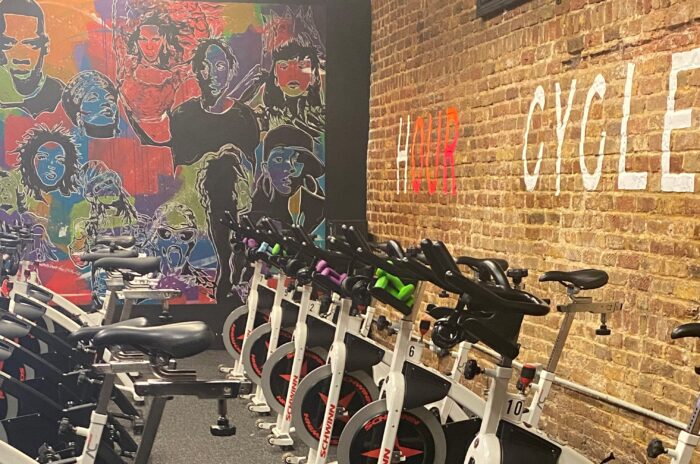 Braswell said she wasn’t aware of any other local cycle gyms that offer the same headphones-based programming, and that she sees it as a way to set herself apart from competitors. The studio has headphones it hands out to riders for use during sessions.

The new digs also have the advantage of being in a more visible storefront to passersby compared to the Manchester space. Braswell launched her gym to cater to black riders, and said she liked being close to historic black neighborhood Jackson Ward.

“Considering that we’re centering black health and wellness, it made sense to be in that epicenter,” she said.

The gym charges $55 to $310 for class packages that provide access to a range of three to 20 classes. An unlimited 30-day package is $155 and an unlimited three-month package is $450, per its website.

Braswell said she has eight contracted instructors who lead classes at her studio.

Hour Cycle and JWC Foundation, a local black entrepreneurship nonprofit, plan to hold a ribbon-cutting ceremony at the gym at 9 a.m. Saturday. Hour Cycle is a member of the foundation’s Jackson Ward Collective, a business support organization.

Welcomed to the neighborhood! So excited to have you here!