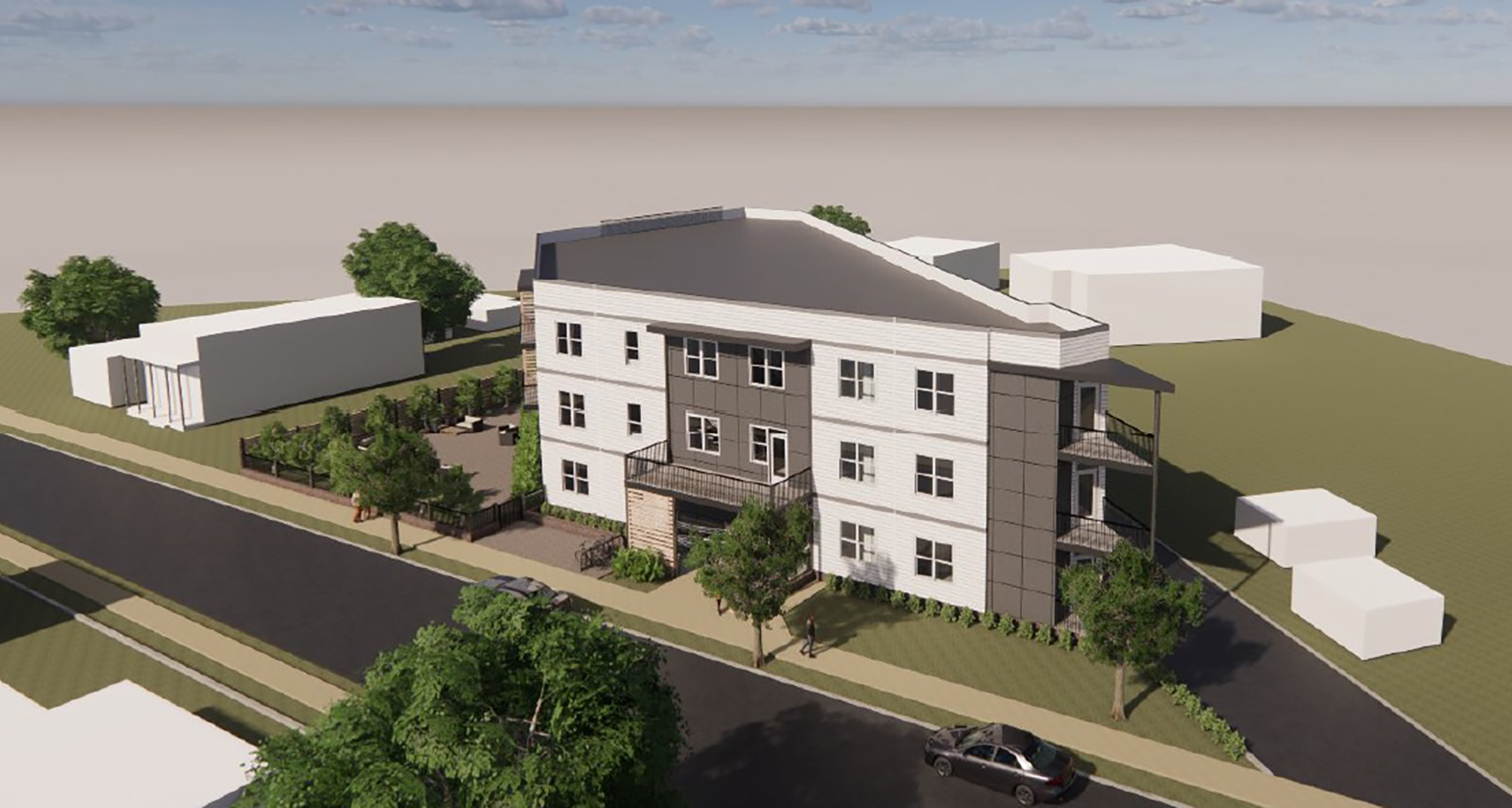 A rendering of the apartment building planned along North 28th Street off Nine Mile Road. (Images courtesy of city documents)

The site of a former bus garage in the city’s East End is set to be filled with a three-story apartment building along a revitalizing stretch of Nine Mile Road.

The 2,800-square-foot structure was recently demolished, and a building permit for the apartments was filed with the city. The permit was approved through Richmond’s third-party review program and put the project cost at $2.35 million.

Behind the project are Alex Aleksandrov and his father Georgi Georgiev, who are listed on documents as contacts for the property owner and developer, respectively. The duo co-own CPE Contractors LLC, a Henrico-based firm that does business as The Carpentry and Painting Experts. 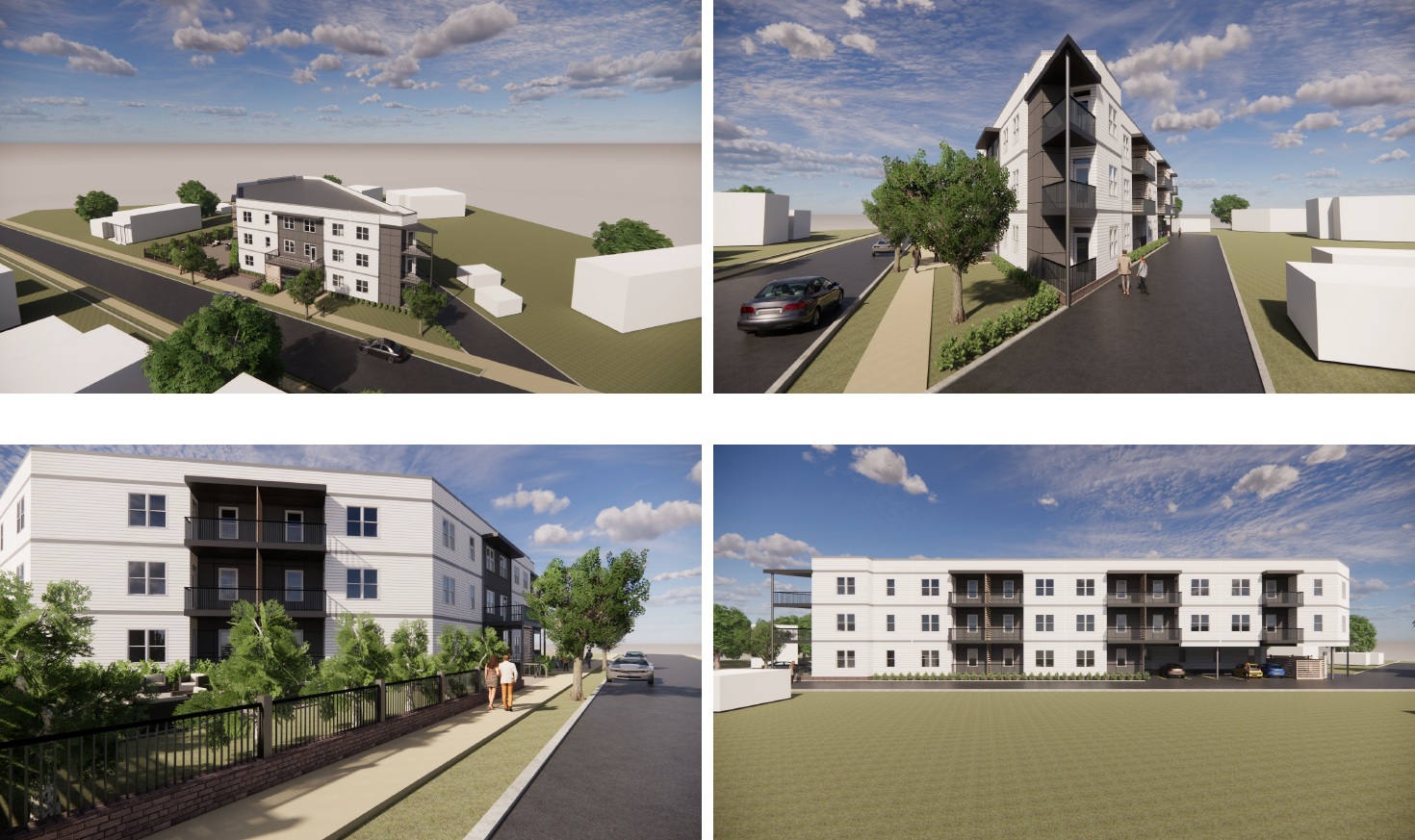 The three-story building would feature a triangular-shape and white-and-gray facade.

Aleksandrov, who is also a real estate agent, acquired the property through a different LLC in May. The property was last sold for over $97,000 in 2021, when it was assessed by the city at $71,000. The developer on the project is listed as US2BG Contracting.

Plans call for a 35-foot-high building that would total 21,800 square feet and follow the lot’s triangular shape. Designed by Todd Dykshorn with Architecture Design Office, the building would feature balconies and a white-and-gray façade.

The one-bedroom apartments would fill the upper two floors and range in size from 528 to 624 square feet, while the first-floor tourist-home units would range from 544 to 641 square feet. All of the building units would consist of one bedroom and one bathroom. Rents were not indicated on the plans.

Similar to short-term home rentals, tourist homes are defined in the city code as units that are rented out on a daily basis. The use is allowed in the city’s Community Business District, the property’s existing zoning. 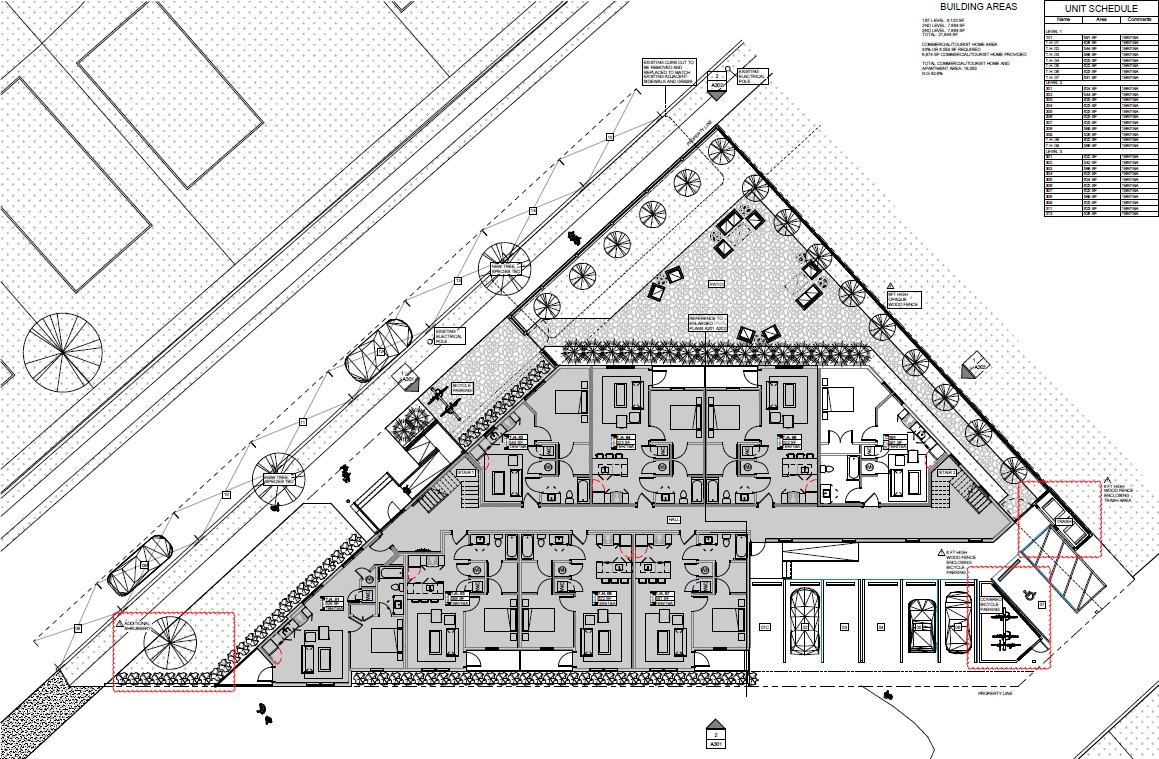 A site plan shows part of the building would cover on-site parking spaces.

The development would include 10 on-site parking spaces, some of which would be covered by the building, and six on-street spaces adjacent to the site. A development plan was submitted last November and has been approved by the city.

It isn’t clear when construction would start. Attempts to reach Aleksandrov and Georgiev were unsuccessful.

Kine Vue Consulting is the engineer on the project, and Baker Development Resources handled the plan and permit applications.

The project adds to other development activity along that stretch of Nine Mile Road. Across the street, work continues on Bon Secours’ behavioral health services building beside the health system’s Richmond Community Hospital.

This looks like a great use of the site and I’m glad to see more investment in this part of the city.

Bold location; this is off 28th behind the 9 Mile Road Convenience Market. This is just two blocks from the shooting off Nine Mile that killed two juveniles last fall and it will have tourist units??

There was a triple shooting at UVA a week ago and tourists are still going there.

What is a “tourist home?” I am not familiar with this term.