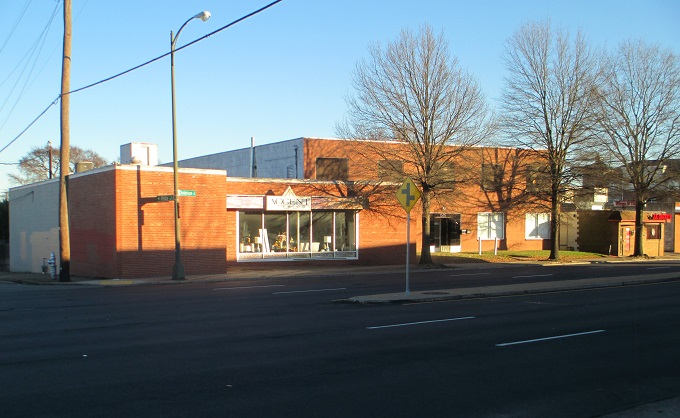 More apartments appear to be in the pipeline for a stretch of Chamberlayne Avenue that’s attracted similar development in recent years.

The existing building, currently home to interior design company Accent Interiors, would be razed to make way for the apartments, which would consist of both income-based and market-rate units, according to an application for a special-use permit that would be needed for the project. 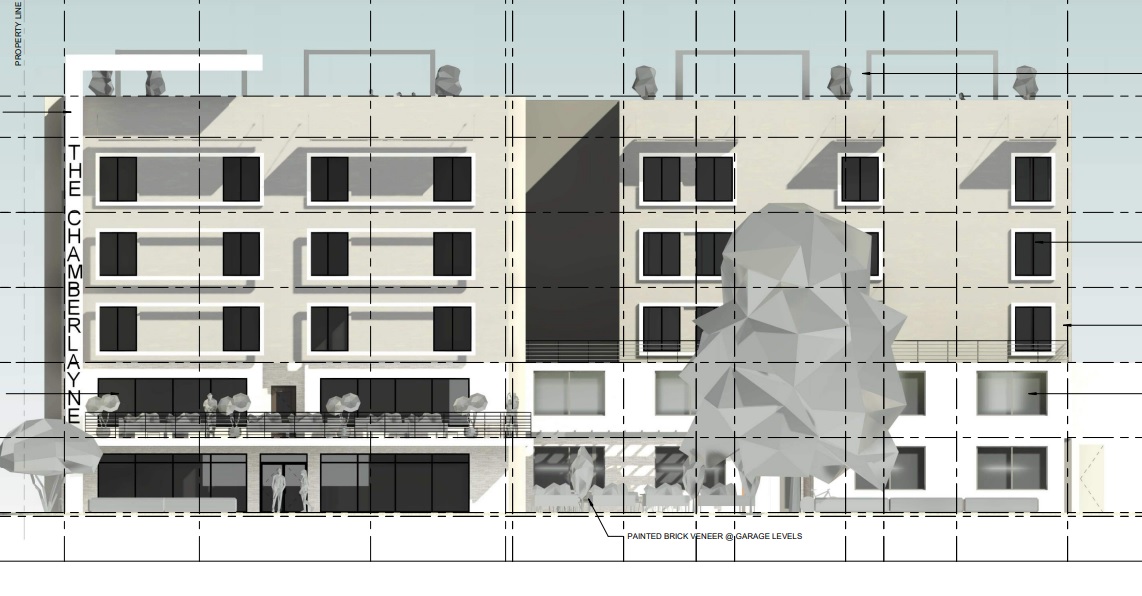 A conceptual rendering of the building as it would appear along Chamberlayne Avenue. (City documents)

Accent’s Ramon and Karen Hardy, who own the 0.8-acre property through an entity called Accent Draperys Inc., are applying for the permit with Anthony Lawrence, an architect with South Carolina-based Mota Design.

Reached Monday, Lawrence said details about the project are subject to change and would not be finalized until the permit is approved. City planning staff is currently reviewing the application, which was filed in early December.

Plans show the structure, called “The Chamberlayne” in renderings, would consist of three levels of apartments above a two-level parking deck. The 91 apartments would include studio and one- and two-bedroom units that would wrap around a central terrace amenity. The development also would include a two-level parking deck with as many spaces – one per unit. 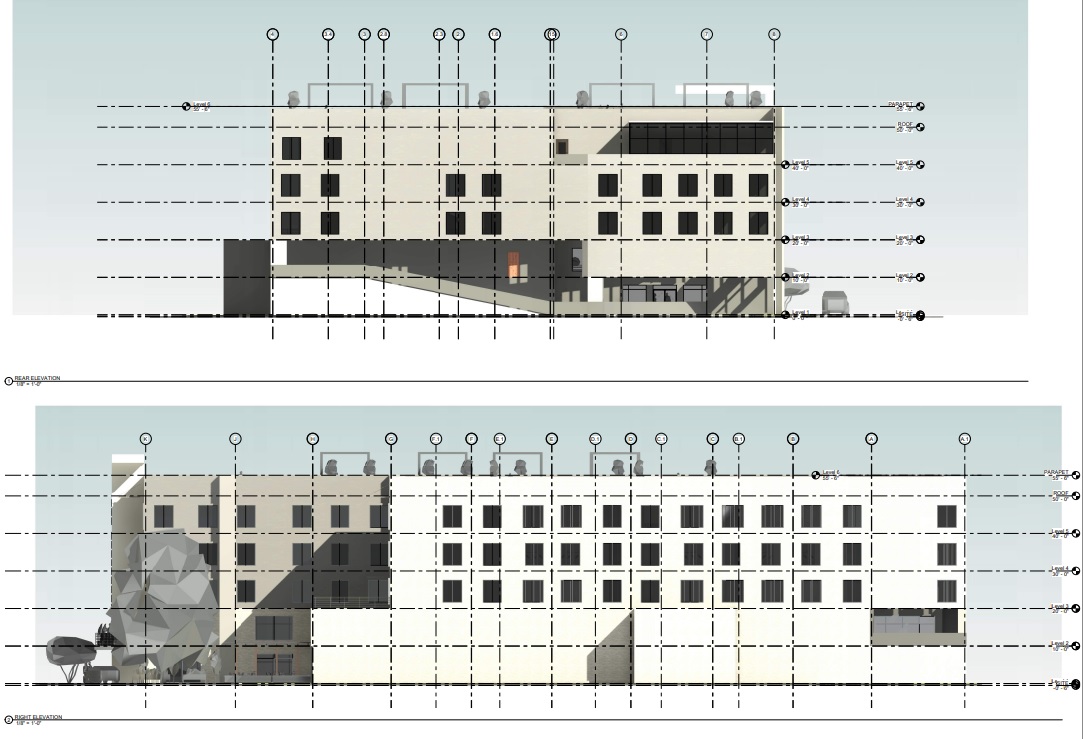 Renderings show the building’s rear elevation above its north-facing side along Fritz Street.

Three of the apartments would be fitted on the second level with the parking deck, and the plans show three larger ground-floor spaces that would front Chamberlayne and appear to be storefronts for commercial tenants. A lobby would be located at the corner of Chamberlayne and Fritz.

Accent Draperys Inc. has owned the existing warehouse since 2005, when it was purchased for $570,000, property records show. The structure was built in 1950, and the city most recently assessed the property at $998,000. 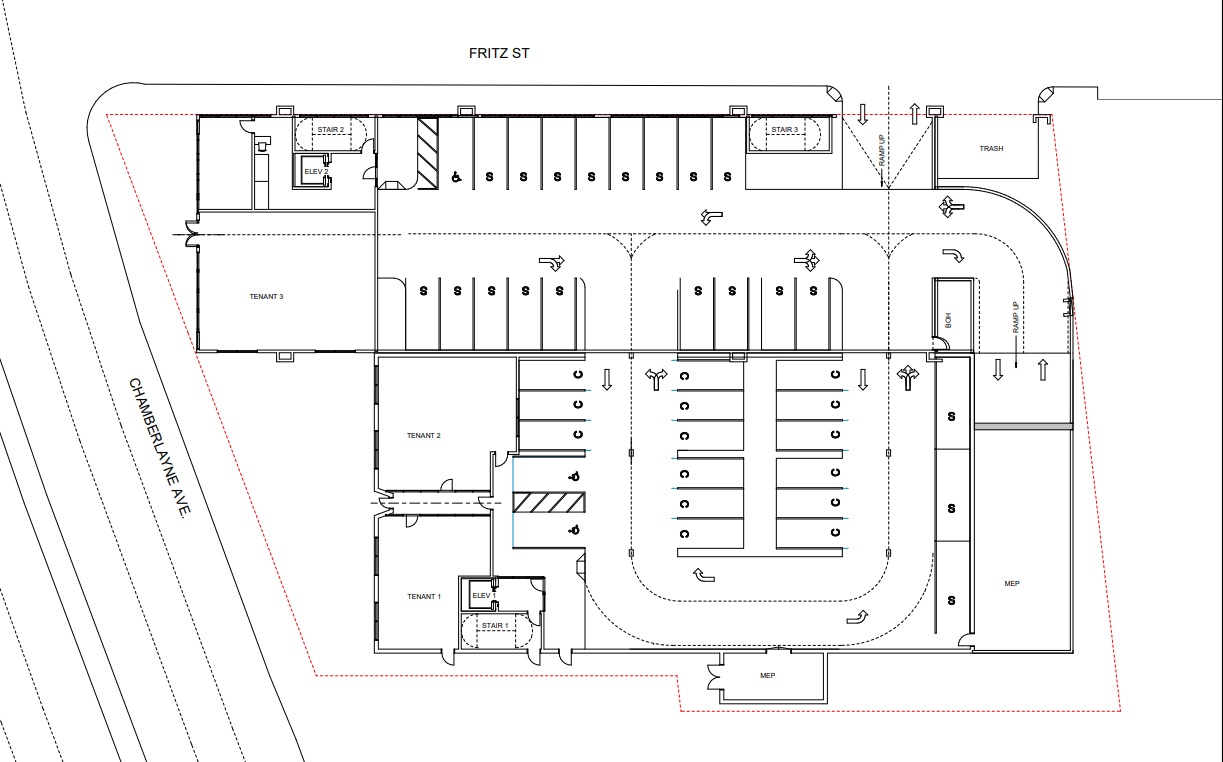 A site plan of the building’s ground floor shows the structure’s configuration on the 0.8-acre site.

The site is a block north of The James apartments, an 11-year-old, 270-unit complex that sold last year for $44.7 million.

The new apartments would augment other multifamily residential development that has added to or is in the works for the commercial corridor that leads into Richmond’s Northside.

Farther north, a half-acre site at 711 Dawn St., at the corner of Tazewell Avenue just north of where Tazewell branches off from Chamberlayne, is slated for a four-story, 41-unit apartment project.

The Chamberlayne Corridor just north of downtown is starting to really pop with new residential development and is slowing beginning what will inevitably be an EPIC transformation to one of the hot up-and-coming urban core districts on the city’s near Northside. It’s exciting to watch all of this unfold – and I can’t wait to see what this part of town will look like in three, five and even ten years from now.

They really need to relook those bike lanes as dentistry increases in this area. It’s already quite unpleasant for those living around there.