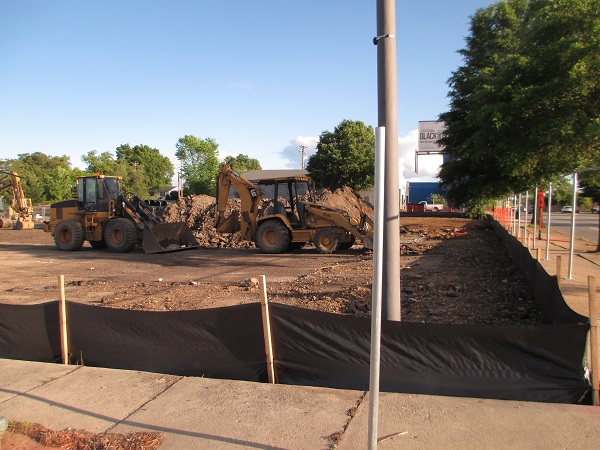 A recurring collaboration between two Richmond development firms is bearing fruit in the form of three residential projects targeting low-income renters that are taking shape in different parts of the city.

Site work has started on School Street Apartments, a 152-unit apartment building for seniors at the intersection of School Street and Chamberlayne Avenue in the city’s Northside. The nearly $23 million project is the third in a trio of joint ventures between Zac Frederick’s Crescent Development and Spy Rock Real Estate Group, led by Andrew Basham and Taylor Williams. 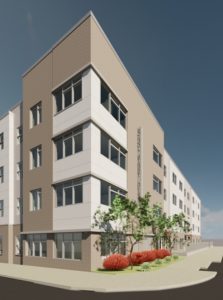 And they’re putting the finishing touches on another warehouse conversion at 1125 Commerce Road near Manchester: the 139-unit Spa Lofts that’s filling a 142,000-square-foot building that formerly housed Caritas Furniture Bank.

The three projects target low-income renters who make less than 60 percent of the area median income. Frederick said that equates to renters earning up to nearly $43,000 for a one-bedroom unit and up to $48,300 for a two-bedroom one. The developers used 4 percent tax exempt bonds for each project, allowing them to unlock Low-Income Housing Tax Credit equity, Frederick said.

Units across the three projects are primarily one-bedroom, one-bathroom floor plans ranging from 550 to 700 square feet, with monthly rents starting in the low-to-mid $900s. Two-bedroom, two-bath units range from 700 to 900 square feet and rent between $1,000 and $1,100 a month. 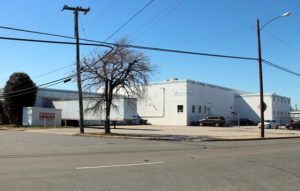 Frederick said the rent ranges of the projects are what brought his firm (recently rebranded from Crescent Preservation & Development Co.) and Spy Rock into talks a few years back.

“After a couple false starts, we formally started working together in 2017 with Herod Seed,” Frederick said over email. “We have a mutual passion for affordable housing, and each (of us) possess a key element to successfully acquire/finance, construct and manage these complex projects.”

Frederick said Spa Lofts is on track for completion this fall after starting construction last summer. The roughly $26 million project, which involves state and federal historic rehab tax credits, was designed by Architecture AF and is being built by J.D. Lewis Construction Management. 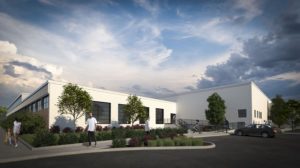 Crescent and Spy Rock picked up that project from developer Tom Papa, who secured zoning for the conversion in 2018. City property records show an LLC tied to Frederick purchased the 3-acre property that December in a $2.3 million deal.

The Herod Seeds project, branded as The Oliver apartments, totals 164 units across the rehabbed warehouse and new construction along Oliver Hill Way below the Martin Luther King Jr. Memorial Bridge. The warehouse conversion, totaling 53 units, wrapped up late last year and is nearly fully leased, and Frederick said the new building finished up in recent weeks with several units pre-leased. 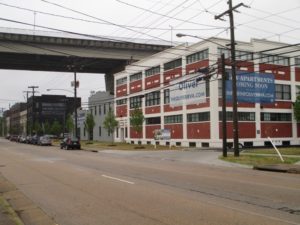 KBS was the contractor on The Oliver, and Walter Parks Architects designed the units. The project includes a roughly 4,500-square-foot office and event space that was donated to CelebrateRVA, a nonprofit that organizes birthday parties for low-income and underprivileged children.

KBS also is the contractor on School Street Apartments, which is designed by Arnold Design Studio. Construction on the apartments, which will be restricted to residents aged 55 and up, is scheduled for completion in summer 2021.

Crescent purchased the site, which covers about three-fourths of the 1700 block of Chamberlayne on the east side of the avenue, in two deals last year totaling $990,000, property records show. Zoning for the project was secured in 2018.

Crescent and Spy Rock are continuing their collaboration with a mixed-use project involving the original Hardywood Park Craft Brewery location. Frederick said the firms also have more low-income tax credit projects in the works. He said details on those projects are not ready to be announced. 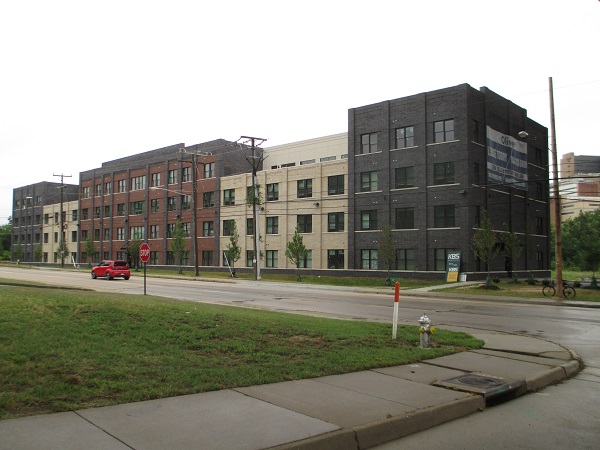 There was a time, not so long ago in fact, that the spread between “affordable” rents and market rents was so narrow that it was difficult to finance and build the “affordable” communities. Those that were built were cookie cutter in appearance and far too obviously built for the very poor, ala section 8 housing. These Crescent communities have some style. It’s good to see that there is a future ahead to build decent workforce housing in the City.

Bruce, do you mean the spread between the interest rates on debt used to finance “affordable” and market projects?

All of these developments and still nothing to cater to families.

Regardless, kudos for attempting to provide more inventory for those we are pushing to poverty because of escalating rental prices around Richmond.