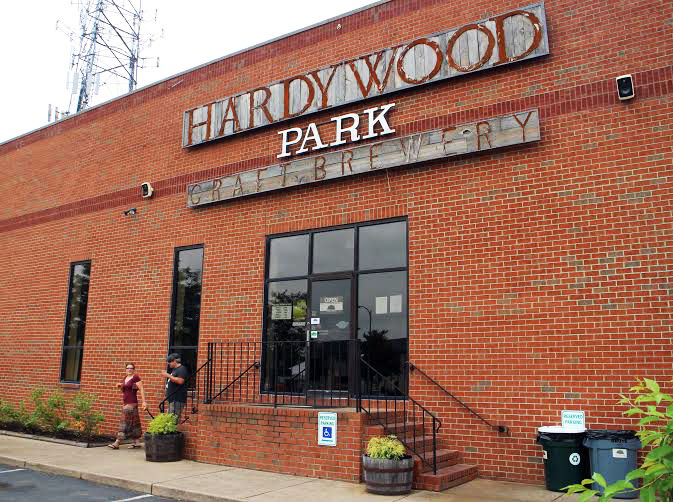 Hardywood’s location at 2408 Ownby Lane is one of the properties up for rezoning. (BizSense file photo)

A group including two local developers and a local investment bank are taking the first steps toward a new mixed-use project near The Diamond that would involve the original location of Hardywood Park Craft Brewery.

The city’s Planning Commission is set to hear rezoning requests this month for Hardywood’s building at 2408 Ownby Lane, Boxwood Partners’ office at 2413 Overbrook Road, and industrial properties at 1601 and 1611 Overbrook Road.

Involved in the effort are Spy Rock Real Estate Group, which is petitioning to rezone the Ownby Lane parcels, and Zac Frederick’s Crescent Preservation & Development Co., which is petitioning for the Overbrook Road parcels. Lory Markham of Markham Planning submitted the documents to the city on behalf of the developers in October. 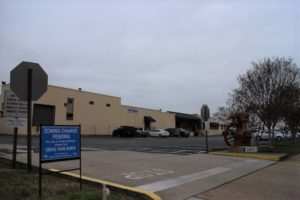 A neighboring 4-acre site along Overbrook Road across from The Cooperage is also included in the rezoning request. It’s unclear which, if any, buildings would be razed following a rezoning.

The rezoning would change the four neighboring parcels, which total nearly 6 acres, from M-2 Heavy Industrial to B-5 Central Business District, which allows for mixed-use projects up to 75 feet tall.

Each application contains much of the same language, including that the owners “wish to construct a new mixed-use development involving this property and those in the surrounding area for which rezoning applications have already been submitted,” but no further specs for the projects are included.

None of the firms involved were available for comment on Wednesday.

“The current singular use of the parcel is becoming increasingly incompatible with the area,” the rezoning application states, citing The Cooperage across the street at 1650 Overbrook Road as an example of a recent rezoning that paved the way for a 117-unit apartment project from Louis Salomonsky and David White.

One of the pioneers of the region’s brewing boom, Hardywood has operated on Ownby Lane since 2012. The rezoning would include only Hardywood’s brewery at 2408 Ownby Lane, not its taproom at 2410 Ownby Lane that it expanded to shortly after opening. Hardywood owns the 2410 Ownby Road building, but does not appear to own the brewery building that’s up for rezoning, according to city records.

“Though it does currently support an active scene during drinking hours, the mixed-use development potential of this parcel could far exceed that … The tenant has been made aware by the owner the intent to rezone this parcel,” the application for Hardywood’s location states.

Boxwood Partners, a local investment banking firm known for being the former majority shareholder of Sweet Frog before selling it for $35 million, moved its headquarters to 2413 Ownby Lane in late 2018. The rezoning application states that Boxwood is “happy to relocate elsewhere.” 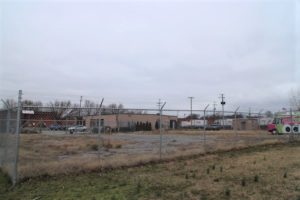 Boxwood’s office (background) is adjacent to a vacant site that Boxwood has previously said it hopes to develop.

Boxwood purchased the 1.1-acre site for $1.1 million. Included in the deal was a vacant lot adjacent to the 4,500-square-foot office building, which managing partner Patrick Galleher previously said was being eyed for possible office space.

Spy Rock has a number of mixed-use projects underway in and around Scott’s Addition, including The Scout at 947 Myers St. and the United Methodist Family Services campus conversion just west of Interstate 195. A few years ago, Spy Rock wrapped up work on the Symbol Mattress factory, a mixed-use project at 3200 Rockbridge St.

“The divided structure houses a variety of businesses that do not require retail space and the site is currently used somewhat as an industrial business park … The building is owner occupied. They are downsizing, retiring and happy to relocate elsewhere,” the application for the Overbrook Road parcels states.

Crescent is petitioning for the Overbrook Road rezonings. Its holdings include The Parkwood, a 32-apartment conversion project in Carytown, the Ipanema Cafe and former Absolute Art Tattoo building at 917 W. Grace St., and the former Herod Seeds building beneath the MLK Bridge in the East End.

The applications do not state whether Spy Rock or Crescent have the parcels under contract.

The Planning Commission is scheduled to hear the rezoning proposals at its Feb. 18 meeting.

Another major rezoning that takes would out light industrial jobs the city needs for more residential units all while we are supposed to be doing a Master Plan update. I wish our Mayor and his administration could at least look as if they care about planning .

There’s really no evidence planning is much of a good thing – see all the master planned communities in short pump etc. When are we going to admit it’s a very flawed process? Of all the critiques of the Mayor, ignoring planning is the silliest. Practically speaking, that’s just not a light industrial area any more. No need to pretend it is, let’s acknowledge the reality. In fact, no reasonable planner would use that land for light industrial. And we have plenty of locations for light industrial left – what the city is arguably short on is residential housing in… Read more »

Believe it or not, but the City and any other locality are not allowed to keep someone from applying for a rezoning. Whether the rezoning gets passed by a Board/Council is another matter and up to the local governing body. Additionally, in the state of Virginia it is not legal to place a moratorium on rezoning applications even while a new plan is being considered. The Mayor and his administration can be blamed for a lot of things, but this isn’t one of them.

Yeah ignoring state law on plan update and dragging your feet that is what I except from a Mayor. The Mayor touted his Master plan update in what 2016/17, said it would be a well run process, and his staff keep delaying and delaying it. The purpose a Master Plan is to establish a general idea as to what we as a community want to see and then adjust the zoning/regulations accordingly. Our plan is pushing 20 years old, I am not saying the area zoning should not change but that we NEED to revise the Master Plan. For developers,… Read more »