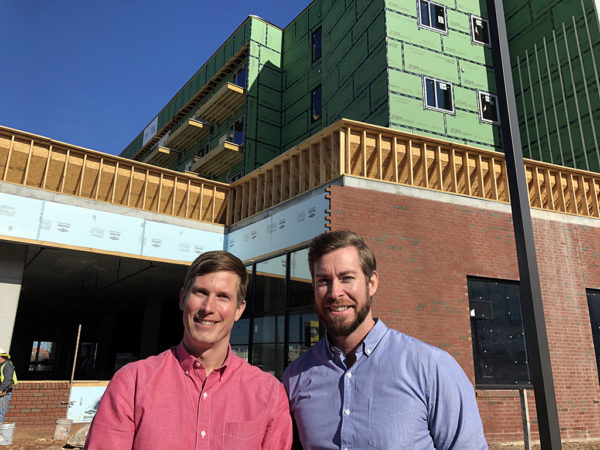 Workshop Digital founder Andrew Miller (left) and Brian Forrester in front of The Scout, the new development that will house their headquarters later this year. (Photos by Michael Schwartz)

As it looks to the future with an ambitious growth plan, a local digital marketing agency is moving up out of Shockoe Slip to anchor the commercial section of a new mixed-use development just off Arthur Ashe Boulevard. 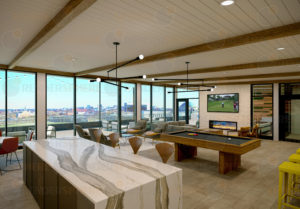 Workshop Digital plans to move in this summer and will vacate 7,500 square feet in the Turning Basin building at 111 Virginia St., its home for the last five years.

Founders Brian Forrester and Andrew Miller said the company has grown to 30 employees and they’re positioning the 5-year-old firm to more than triple its headcount in the next five years.

“What kicked off the search was the lack of additional space for us to grow into,” within the Turning Basin building, Forrester said. “We have extensive growth plans that take us out to 100 employees by 2025.”

The lease fills out the commercial space in the Myers Street development, as Fahrenheit IT has leased the balance. The IT staffing firm currently keeps its Richmond-area office in Innsbrook at 4470 Cox Road. 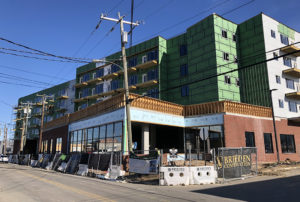 The development will house 218 apartments and around 13,000 square feet of commercial space.

Spy Rock, along with principals from developer Stanley Shield Partnership, paid $5.17 million for the 2-acre property in 2018. The site previously housed a warehouse for cookie maker Interbake Foods, a history that inspired the name of the new development. Andrew Basham, a principal at Spy Rock, said it’s been dubbed The Scout at Scott’s Addition, a nod to the property’s past as a factory that churned out Girl Scout Cookies, among other sweets.

Forrester said Workshop Digital, whose list of 100 clients includes Twitter and the PGA Tour, chose the spot due to its central location and the amenities of The Scout (rooftop deck and gym) and those of the surrounding neighborhood, including next-door neighbor River City Roll.

Parking was also a draw. The Scout houses a 250-space parking lot, which the commercial tenants will use during the day. 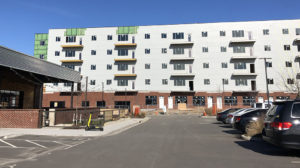 Residents and office tenants will share the complex’s amenities, including the gym and parking.

Basham said that’s turned out to be a draw that helped the developers fill the commercial space in short order.

Basham said full construction should be completed this summer, while some units will be ready for occupants in April or May. Workshop Digital expects to move in by August.

Christina Jefferies with 7 Hills Advisors represented Workshop Digital in the lease. Fultz & Singh Architects is designing Workshop Digital’s space. The firm has yet to select a general contractor.

Basham said the project is financed through VHDA. Basham didn’t provide an exact cost for development, but said it’s more than $30 million. 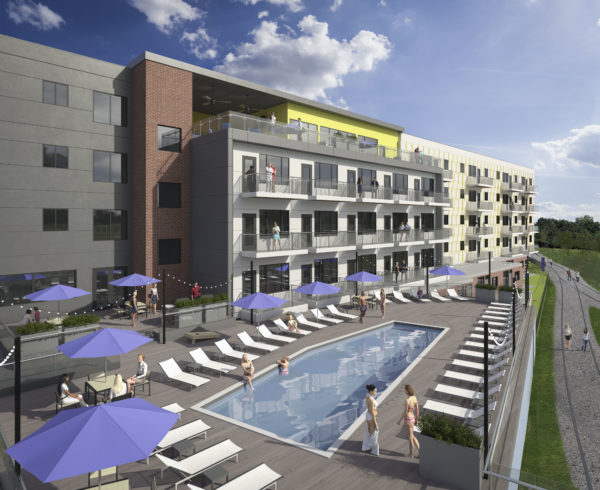 A rendering of the pool area. (Courtesy Spy Rock)