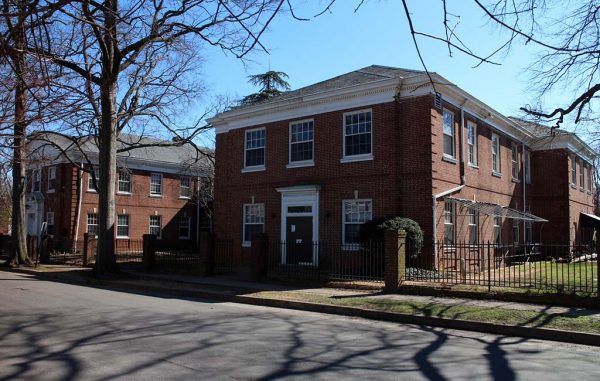 Developers purchased the property at 3003 Parkwood Ave. for $1.7 million on March 15. (Kieran McQuilkin)

Fresh off purchases on West Broad Street and in Jackson Ward, a local development group has zeroed in on its next project.

The company purchased the property for $1.7 million on March 15 – three months after The Parkwood vacated the 25,000-square-foot building in December.

“We saw an opportunity,” Frederick said. “It made sense to turn them into apartments.”

The project, dubbed The Parkwood, is set to begin in coming weeks, targeting completion by March 2018.

The Oxford Group, controlled by father-and-son Sonny and Carthan Currin, also are partners in the deal, Frederick said.

Sonny Currin is an owner of RX3 Compounding Pharmacy in Chester. Carthan Currin previously was with MB Contractors, and is a former director of economic development for Richmond.

The U-shaped, two-story building was constructed in 1941 near the intersection of Parkwood Avenue and Sheppard Street. It served as the Virginia Commission for the Blind’s executive offices from the 1940s to 1980, when it moved to Azalea Avenue. 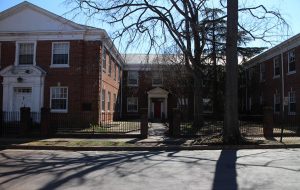 Virginia Credit Union is financing the project. It is eligible for historic tax credits, including about $750,000 in federal credits and $1 million from the state.

Frederick said he spent 18 months trying to list the property on the National Register of Historic Places, working with Mimi Sadler and Jim Hill of Richmond-based Sadler & Whitehead Architects.

The apartments will consist of studio, one- and two-bedroom units, Frederick said. Other amenities include 27 on-site and 16 on-street parking spaces, and green space for gathering places and grilling stations for residents.

Frederick said rent will be comparable to surrounding Carytown residential rental units, which range from about $895 a month for a studio to about $1,600 for a two-bedroom.

The project will not include a commercial component, Frederick said. He added the firm has not selected a property manager to oversee maintenance and leasing of The Parkwood.

A special-use permit for the apartment conversion has been approved.

Crescent’s previous deals included the $1.92 million purchase of The Eco Flats at 613 Brook Road in Jackson Ward last summer, and the $1.2 million acquisition of the Bank of America branch building at 2601 W. Broad St. and two adjacent parcels in September.

Congratulations to all involved, but especially to ex-Colliers broker Zac Frederick for this conversion. I recall sitting on Parkwood about five years ago watching birds fly in and out of windows in that building and speaking to the tenants who told me how awful it was inside. Frederick will now turn the building into first class residences in a terrific location. His business is on the rise.