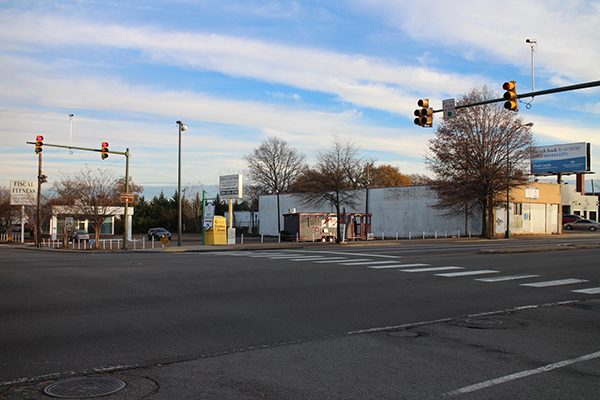 Development interest in and around the Chamberlayne Avenue corridor in the city’s Northside continues to pick up, with a local developer looking to add more residential density at the avenue’s intersection with School Street.

Zac Frederick’s Crescent Preservation & Development Co. is looking to rezone about three-fourths of the 1700 block of Chamberlayne on the east side of the avenue to allow for a multifamily residential development.

Frederick would not discuss what’s planned for the property until after council votes on the rezoning next Monday.

Documents submitted to the city by Lory Markham, a planning consultant handling the request for Frederick, describe a multifamily residential community that it calls consistent with development allowed in the city’s B-6 mixed-use business district.

That zoning, which encourages mixed infill development, allows residential units in buildings no taller than four stories, among a variety of commercial and parking uses.

The property consists of seven parcels that make up nearly 1.5 acres in the block bordered by Chamberlayne and School, Fells and Roane streets. The property does not include the Sam’s Tires garage at the corner of Chamberlayne and Fells or four duplexes lining Roane that are part of the nearby College Park Apartments.

Four of the seven parcels are owned by Alford Development LLC, which picked them up in a multiparcel sale in 2010 for $180,000, city property records show. Calvin Wilson and Michael Campbell own the other three parcels.

Alford Development managing partner Derrick Alford, who operates the Fiscal Fitness tax help business located on the site, said Monday that the group could sell the property to Frederick if it’s rezoned. A city assessment most recently valued the seven parcels collectively at $493,000.

Elliot Warsof of S.L. Nusbaum Realty is representing Alford and Wilson in negotiations.

That plan and development incentives in the area have attracted other development to the corridor in recent years, including Spang TV’s production studio on Wickham Street and Tabol Brewing on Dawn Street.

Frederick’s project also would add to other multifamily residential development planned in the area of School Street. Virginia Beach-based Lawson Cos. is planning to build 200 apartments at 1207 School Street on the west side of Brook Road, while Richmond-based Loughridge & Co. is planning 224 apartments nearby at 2009 Brook Road.

Frederick’s other projects include a planned residential conversion of the old Herod Seeds building in Shockoe Valley, and he recently purchased the Ipanema Café-anchored building at 917 W. Grace St., and an adjoining building at 919 W. Grace St. earlier this year.

Note: This story has been updated to include Elliot Warsof as the property’s listing agent.

Zach is on the march! He also owns the old Bank of America building on West Broad Street and recently converted that slummy senior apartment building on Parkwood into very nice apartments. Our Harrison&Bates alumni take a lot of pride in his success.

Support the adopted area plan and this proposal but continue to be amazed that the City has to rezone almost every large development because our Master Plan, and thus our zoning, are beyond outdated and the update to our 1999 Master Plan is taking longer to complete than the five year average life cycle of a plan.