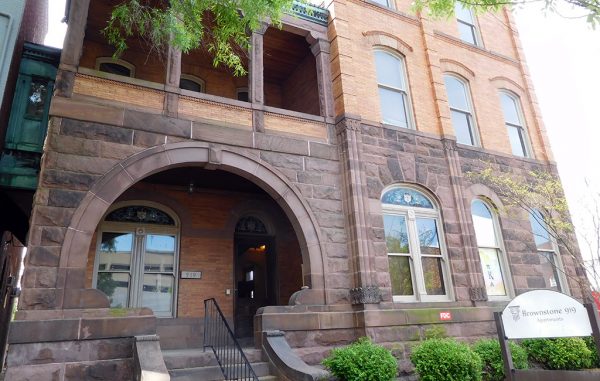 A VCU frat house is the newest addition to a local real estate firm’s growing collection.

The building, which dates to 1920, was most recently assessed for $1.3 million, according to city records.

Frederick, whose other work includes redevelopment projects around the city, said he’ll keep the West Grace Street building as an income-generating property.

“It’s very well located … and has a quality master tenant,” said Frederick, who would not identify the fraternity that occupies the 11,000-square-foot building. “I saw it as a good investment.”

Faye Hager, a broker with Virginia Capital Realty, represented Crescent and the seller, Bayridge Inc. She said the brownstone was renovated in 2008, and includes a grand foyer and a dining and conference room.

It totals 20 units, including six bedrooms in the historic carriage house on the property and 14 units inside the brownstone, Hager said.

Crescent’s other projects include the $5.5 million conversion of the former Parkwood assisted living facility at 3003 Parkwood Ave. in Carytown into 32 market-rate apartments. That project is nearing completion.

Crescent also plans to add housing options to Shockoe Valley. In December it paid $2.79 million to acquire the old Herod Seeds building and adjacent property at 904, 908 and 1020 Oliver Hill Way. Last fall the company submitted plans to rezone the properties in hopes of redeveloping the three warehouses, totaling 46,000 square feet, into apartments.