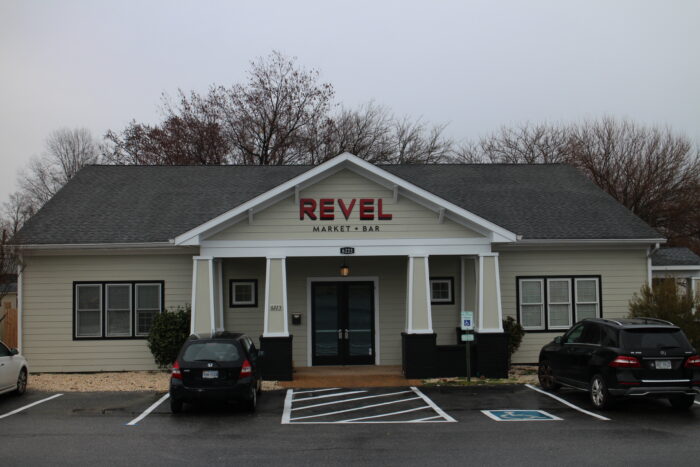 Cabaniss said they’d finished gutting the 3,000-square-foot Lakeside building and were in the home stretch toward opening when the pandemic hit.

“My thought was, ‘Who builds out a restaurant during COVID?’” Cabaniss said. “I didn’t have any sales at Julep’s so I had to put it on hold.”

But she said she never wavered from her plans to open Revel, and even bought the building about a year later. She paid $378,000 for it in February 2021.

With an opening planned for February or March, Cabaniss said the concept for Revel will be the same as it was when she and Chaney first unveiled their plans in May 2019.

“The food will be European-inspired and it’ll be all shared plates,” Cabaniss said, noting one dish they’re currently testing is an individual-sized Beef Wellington.

Cabaniss said the goal is for Revel to be an affordable, neighborhood spot. She said they’re planning to run happy hour every day and include specials on food as well as on drinks.

Revel’s market section will include house-made bread and sauces as well as charcuterie and local cheeses.

Cabaniss and Chaney will continue to oversee Julep’s at 420 E. Grace St. The downtown restaurant will celebrate 20 years in business this year, and Cabaniss said Julep’s is also approaching another milestone.

“I’m happy to say we’re almost back on track (revenue-wise) to where we were before COVID,” Cabaniss said. “We’ve had a great staff who’s been awesome.”

Can’t wait for all these new ideas for expansion in Richmond.