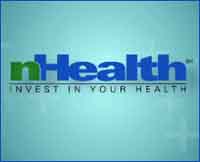 Lost in the politics of nHealth’s decision to exit the insurance market is the fate of the small businesses who offered the local startup health insurer’s plans to their employees.

“I don’t know yet what we’re going to do,” said Andrew Farquhar, executive director of Boleman Law Firm in Richmond.

nHealth was founded in Richmond in 2008 with a business model that offered employers high deductible health insurance plans that utilize health savings accounts. It announced on June 2 that its model wouldn’t survive pending regulatory changes that it expects will result from the recently passed federal health care reform legislation.

As it now works to wind down its operations by year’s end, nHealth policy holders must search for alternative plans for 2011 and many worry about how increased premiums will effect their employees and the bottom line.

Boleman Law Firm is waiting for quotes on new coverage plans from other carriers to provide health care for its 15 attorneys and support staff at offices here and in Hampton Roads. Farquhar said he doesn’t expect it will be pretty.

“What I’m anticipating is they will be far more expensive than we are currently paying,” Farquhar said. “That’s almost a given.”

Gillespie said the company is looking into alternative plans from some of the major carriers but it is preparing for cost increases and how to handle them.

“If [major carriers] are consistent with their previous proposals, we will probably no longer be able to provide 100 percent coverage for our associates, as we do now,” Farquhar said.

Becky Pollard, president of Business Solutions, a Roanoke-based insurance broker that sells nHealth plans, said her customers that used nHealth were paying 30 to 50 percent lower rates than with their previous insurer.

“This is a tremendous hit to people financially,” said Pollard. “My groups are just absolutely devastated.”

“They’re not upset with nHealth. Upset with the fact that we’ve lost a choice of a health care carrier in Virginia; and one with very competitive rates.”

Though there are many critics of the high deductible plans and HSAs, Gillespie and Farquhar said employees eventually saw the benefits. The plans require employees to spend money they’ve set aside in special accounts for lower-cost care, such as doctor’s visits. nHealth covers more expensive care after the deductible has been met.

“Like others I, too, wondered how hourly [employees] would respond to the higher deductible plans and HSA’s,” Gillespie said. “At first it did intimidate them.”

Farquhar said traditional health care plans have left many workers disengaged from the entire health care process and that there was a learning curve to re-engage employees under nHealth’s plans.

“People have to learn how much certain types of care really cost,” Farquhar said. With a high deductible plan there is incentive to learn.”

What resulted was employees embracing the lower premiums that such plans afford, along with the ability to put pre-tax money into HSAs to cover medical costs not covered.

“Virtually all [employees] have opened these accounts and where we could not get them to set aside money in their simple IRA’s, which we also offer, virtually all have deductions going to the HSA’s.” Gillespie said.

And nHealth’s numbers show the plans may have been catching on, albeit slowly.

According to records filed by nHealth with the National Association of Insurance Commissioners, enrollment in its plans grew from 101 in 2008 to 1,488 in 2009.

Acorn and Boleman haven’t given up on the idea of a high deductible plan with a HSA.  But they wonder if and when similar plans will be offered from someone else in the insurance industry.

“We believed in our firm that this is the right approach,” Farquhar said.

Thanks for pointing out the part of this story that really matters most – businesses who freely chose this plan and whose employees LIKED it will not have that choice when nHealth is gone, unless other similar companies provide similar plans. The irony is that nHealth’s decision proves that the PPAC’s (aka Healthcare reform Act) focus on loss ratios as a means of insuring that subscribers get “fair value” totally overlooks the fact that different forms of insurance should operate according to different ratios. if nHealth provided coverage at 1/2 the average premium of conventional plans, why should it have… Read more »

Tom, You strike an important note above. One key component that the loss ratio (80%) requirement does not take into account, are the dollars that the employers above are contributing to their employee’s HSA accounts. Yes, premium savings for these types of plans are in the 30-50% range and what is the value of that savings? I would say it is 100% value for their dollar, since it is going to an account that is used to pay for healthcare costs. So what would you rather have, a $500 monthly premium that you get a 80% return on or a… Read more »

From the policy holder’s standpoint, the tax benefit alone of annual HSA contributions makes up for the 30% that is lost to the insurance company’s overhead and profit.

Michael, thanks for this follow-up revelation that Virginia small business had an alternative insurance option providing the same or better insurance at savings of 40% or more from Anthem and Southern Health, or other “big” insurance company plans – a savings gap which has already increased with the carrier’s announced cost increases for 2011. Not clear in previous discussions about Health Savings Accounts and High Deductibles was that in our plan (this was in the control of the insured company) the employees did not pay more “net” for this insurance or have any increased risk. You are also correct that… Read more »

Michael, since getting the Health Bill repealed may be the single most important thing Va business leaders could do for our employees’ well-being as well as our companies’ financial strength, please tell your readers about H.R. 5424 which would fully repeal the ,,,health care bill and replace it with the Common Sense Health Care Reform and Affordability Act (H.R. 4038).

I think the follow up articles have shown that healthcare reform had nothing to do with the down fall of nHealth. No insurance company can provide coverage to a group at a price that is less than the premium it takes in. That appears to be what happened here. Like the fellow that drove to Florida and purchased watermelons for $5.00 each and brought them back to Virginia and sold them for $3.00, you can’t “make it up in volume.” A couple of other suggestions for healthcare improvement; 1. Stop pharmaceutical companies from advertising. Since this practice began, drug costs… Read more »