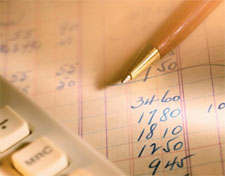 Sometimes a property owner defaults on purpose. Such is the case with Shamin Hotels.

Its been a good year for the local hotel operator. The company opened its grand 254-room Hilton Hotel and Spa in Short Pump last winter,  and more recently opened a Hilton Garden Inn in Waldorf, Md. That brings the decades-old family business’ hotel tally to 37.

Behind-the-scenes, the company has had other success as well—such buying off a chunk of debt secured by one of their hotels for significantly less than the remaining balance of $4.7 million. More details on that below, but first a little background.

Banks were eager to originate loans secured by commercial property, which were packaged with other loans and sold on Wall Street as commercial mortgage backed securities (CMBS).

The loans were high-interest and matured quickly, typically after ten years. For a while everything was good. The borrowers had extra capital to make other investments, the banks made their cut, and the investors stood to get paid.

Then the recession hit and CMBS disappeared. Banks couldn’t sell the loans anymore in the wake of the Wall Street crisis. Many who had taken the loans found themselves in the middle of the worst recession in decades faced with rising vacancies and declining property values.

As of April, 6.5 percent of the $2.7 billion combined CMBS loan balance in the Richmond area was delinquent, according to Trepp.com, a firm that tracks CMBS loan data. Many properties have been taken back by the lender, including the former Circuit City headquarters, and several others are in danger. BizSense has previously covered some examples here and here.

The industry only expects things to get worse. According to Fitch, the nationwide default rate on CMBS loans is expected to rise to 11 percent by the end of the year, up from 6.6 percent at the end of last year.

The way CMBS is set up the lender makes their monthly payments to a master servicer. When they fall behind, the loan is transferred to a special servicer who then contacts the borrower to find out why they are behind. Sometimes this is the only way for a borrower to get in contact with the lender to try and restructure the terms of the loan.

“A lot of companies are doing this,” said Neil Amin, Shamin’s CEO and son of company founder PC Amin.

“Their debt may be trading at less than 100 cents for a dollar so they can offer the lender less money than they owe because the lender wants cash.”

Shamin tried to contact the master servicer, but to no avail. So they stopped paying so they could start working with the special servicer

Amin said the company originally took out the loan to use for general corporate expenses, using the Quality Inn on Oaklawn Boulevard in Hopewell as collateral.

Amin said their original intent was to try and negotiate a lower payment for the loan so they could use the savings to reinvest in the hotel, which was built in 1982. (It also happens to be where Amin’s family lived until he was about 12 years old)

“Our thought was to work with the lender because if we didn’t maintain the property now, a few years from now it will be worth much less,” said Amin. “The last thing they want to happen is the hotel is not maintained and one day you hand them the keys and say you don’t want it, and it’s run down.”

As the negotiations proceeded Amin said it became apparent that the servicer was more interested in cash now, than restructuring the loan. Amin said the company had extra cash in reserve because they had shelved a few projects they had saved money for.

So they made a winning offer and have cleared the debt. He said they are now preparing to reinvest a few hundred thousand dollars into the hotel.

“We have definitely seen improvement and demand from the base [Fort Lee], this summer looks like it will be strong and next year is supposed to be bigger,” Amin said.

The entire process took about six months, he said. The company is pursuing a similar strategy with a CMBS loan balance of $6.8 million that is secured by the Comfort Suites at Innsbrook.

While Shamin Hotels has a few other CMBS loans it is making payments on, Amin said the company is fine with keeping those on the books for now. Hotel brand, layout and location are all factors in how the process plays out, he said.

Defaulting on purpose has its risks, because when you go into the process you don’t know what you will end up buying the note for and someone else could come in and buy it from under you, he said.

In the case of the Quality Inn, Amin said they knew the asset and the market and were confident they would be the highest bidder.

“We have a lot of liquidity,  a lot of people can’t do this.” said Amin.

Local real estate professionals BizSense spoke to advised that defaulting should be reserved as a strategy of last resort.

“From what I understand special servicers don’t  respond well to that,” said Eric Robison, a broker for Thalhimer. “It historically hasn’t ended up well for borrowers.”

“There is some bad advice being given to stop paying on your loan to get a discount,”  said Little. “The approach from special servicer is to evaluate the property and look at the borrower to see if they are part of the problem or part of the solution.”

Little said there are lots of investors clamoring to buy up property in major cities. That money, he said, will eventually make its way to smaller cities like Richmond.

“There is a ton of money that is currently bidding up deals in larger markets,” Little said.

For that reason he thinks that last year’s fears that CMBS loans would trigger another economic crisis were overblown.

“Last year there was a whole lot more concern about the unknown as to what would happen,” Little said. “Now there is a little more clarity as to what happens to loans when they mature.”

Maybe I misunderstood? So what Mr. Amin is advocating is to basically go back on the commitment he made at the time they borrowed the money and force the lender to “settle” for a reduced payment of what is owed? What kind of “business” is that? (You borrow $100 from someone and promise to pay them back…but instead you give them $70 and say “too bad..you lose” ?!) Where’s their integrity? Eithcs? Morality?? In my opinion, this is the sort of “make up my own ethics” thinking that has caused us ALL so much trouble in recent years. And, it’s… Read more »

This is contrary to everything my father and his father taught me. Just because you can does not mean you should. Where does this selfish opportunism end? A loan is a promise to repay. Period.

Lee and Ray, There’s a piece of this tale that may not have been evident to you. These loans are non-recourse loans. That means, except for certain limited exceptions, the borrower and guarantors are not personally liable for the debt. The lender agreed when the loan was made that it would look only to the value of the collateral (the hotel) for repayment of loan. Mr. Amin did not go back on or side-step any commitment made when the loan was made. I’ve represented special servicers of loans of this type for years. Nothing this borrower did was inappropriate or… Read more »

Jay…Wrong, wrong, wrong. This is not a technical issue based on the value of collateral. It is a matter of ethics and integrity, things you obviously don’t comprehend or espouse in your profession. There are individuals who will play their games to scew anyone out of a buck irrespective of a moral commitment. I wouldn’t be proud to admit that I was one as you have.

Bill, You know nothing about me, and your comments of a personal nature are inappropriate in this forum. You apparently didn’t read my post very carefully, because I indicated I’ve represented the servicer/lender on loans like this. The large part of my practice involves representation of lenders. I do not represent borrowers. You apparently are not familiar with non-recourse conduit loans. These loans (which no longer are being made) were structured very differently from conventional commercial loans. The lender agreed when the loan was made that it would look only to the value of the collateral for repayment. Except for… Read more »