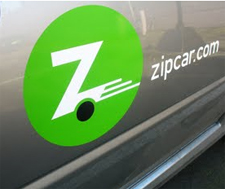 BizSense has been wondering for years when Zipcar, the company that rents cars by the hour, would grace Richmond with its presence.

That time has finally come, according a Times-Dispatch report this morning. The Massachusetts-based car sharing company has set up shop in town with four vehicles at Virginia Commonwealth University.

Neither Zipcar nor VCU made a formal announcement. But the Times-Dispatch reported that there will be two Zipcars at VCU’s MCV campus and two at the Monroe Park campus.

Zipcar is known for renting cars by the hour in cities and college campuses across the country. Before coming to Richmond, Zipcar had cars at the University of Virginia, Old Dominion University and William & Mary.

That’s why it was hard to understand why the company continued to bypass Richmond. BizSense has an inquiry in to Zipcar’s corporate headquarters to find out why Richmond finally got its chance.

About a year ago, BizSense set out to seek answers from Zipcar about why no love was being shown for Richmond. Read that story here.

According to the Times-Dispatch, all VCU has to do is provide parking spaces for the cars, which include a Scion, a Honda Civic, a Honda Insight and a Toyota Prius.

Better late than never…I have been asking VCU for this for three years now.

I’ve seen these cars in DC, but they weren’t tied to a college campus. They should expand their parking space locations further West into the Fan towards the Boulevard. If you only need a car for an hour or two these are a good deal, but their daily rates are not great compared to the big name car rental agencies. Their only advantage at that point is location.

I was walking on VCU Monroe campus and saw these cars in their respective spots just two days ago! I was wondering what they were all about. Neat that they have a service like this now at VCU.

VCU attempted to contract with Zipcar over a year ago, however, Zipcar was not responsive at that time. Zipcar underwent a reorganization last year that demonstrated to VCU that they were finally capable of providing professional and effective customer service.

The City of Richmond looked at the service previously and decided against it (could have been the same reason as VCU). They are looking closer at the program right now.

The City of Richmond provided parking for two of the spaces on the Monroe Park Campus.