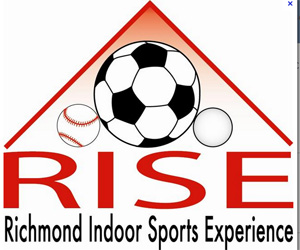 One of SportsQuest’s longest-standing partners has withdrawn from its involvement in the partly constructed project, taking with it its indoor sports training business and an important piece of SportsQuest’s operations.

In a recent letter to customers, RISE (Richmond Indoor Sports Experience) director Christopher Robinson said the indoor training facility is no longer affiliated with SportsQuest: “We have severed all ties to SportsQuest and all of its business units. RISE is in no way associated with SportsQuest or involved in any of SportsQuest’s current and future legal issues.”

The legal issues Robinson was referring to include a lawsuit filed by Virginia Attorney General Ken Cuccinelli against SportsQuest for selling and marketing memberships to a fitness club that hasn’t been built. BizSense first broke that story here.

In a phone interview Monday, Robinson said that the four families that own RISE gave back their shares in SportsQuest.

As part of building his business Steve Burton, the founder of SportsQuest, would grant companies and sports organizations shares or some form of ownership stake in SportsQuest in exchange for bringing their leagues or training academies under his umbrella.

“It was not easy to do. We all wanted to see this program move forward,” Robinson said, adding that RISE’s partners met last week with Burton.

However, SportsQuest never took complete control over the operations of RISE, and RISE always maintained its own books, Robinson said, adding that it was a separate legal entity.

“All business here went through RISE, LLC,” Robinson said. “All employees are still RISE, LLC employees. So it was an easy transition back.”

RISE located next to the SportsQuest campus in Chesterfield and runs sports leagues and other activities in its indoor facility. Having RISE in the fold gave SportsQuest additional services it could offer potential members and customers.

Burton clearly can’t make this happen. Unfortunately, the project may be too far along to abandon without the county losing millions. It may be time for the county to call in its loan and take the project over. The concept of the project is fabulous. It would put Chesterfield on the map in world amateur sports if it can be constructed. The county would have to issue bonds to complete the project and I don’t know if the bonds would sell. But the county has financial whizzes who can advise them as to whether they would. They should consider the… Read more »