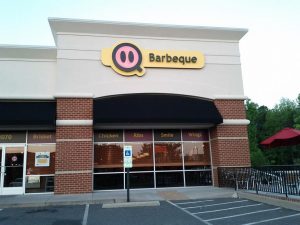 It seems like a new barbecue joint is popping up every time you turn around.

But Tuffy Stone isn’t worried. His Q Barbeque outfit has three locations in Richmond and one in Hampton, Va., and Stone just signed on for two new stores, with a combined build-out estimate of more than $1 million.

BizSense caught up with Stone last week to discuss Richmond’s barbecue obsession, Q’s expansion and keeping up with the competition.

Richmond BizSense: It has been a couple of years since we spoke to you about your last expansion, and now you’re opening two new locations. This is a big move, right?

Tuffy Stone: It’s a big expansion for us, but it’s good. We’re opening a location at the Corner at Short Pump. And we’re opening another one off Hull Street Road at 13800 Fribble Way in Midlothian. That one is going to be our first experiment with a freestanding location. It’s in the architectural phase. I expect the one at Short Pump will be completed Oct. 1.

We’ve got our managers lined up. We get to promote within the company. Our kitchen managers — they started out as line cooks, but we knew they had the skills to run their own kitchen at some point. So what’s cool about what we’re doing right now is, if you wanted to start working at Q in an entry-level position, if you work hard and apply yourself in the right way, you can move up. 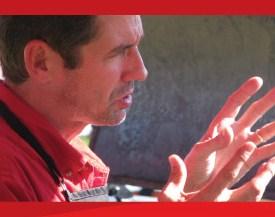 RBS: Are you worried about pulling customers away from other locations?

TS: We’re trying to be smart about it. We’re constantly asking ourselves questions like: How many restaurants can we put in the Richmond market? What’s the impact? Do we cannibalize other locations? We know a lot about our business, but we’ve still got a lot to learn. But we’re trying to be smart.

RBS: There’s no shortage of barbecue joints in town. Are you worried about the market getting saturated?

TS: There are a lot of people doing barbecue. But it’s our responsibility to figure out what we’ve got to do to make you come back and eat at our place. What are we going to do to make you happy with the service, the value, the experience and, above all, the food?

We’re working very hard on not just expanding but also keeping the other stores going. Because whatever it is — barbecue, Italian, Mexican — you have all these choices about where you want to eat. So it’s important that we give you a reason to come to Q.

RBS: What are you looking at as far as start-up costs for the new stores?

RBS: How have sales been at the other stores?

TS: When we opened our original location in Midlothian in 2008, it was in the middle of one of the worst economies ever. I used to have to go in and clean, fill the ketchup bottles, salt and pepper shakers. I used to get the staff to park out front to make it look like it was crowded. All of that to say we started out slow. But we’ve got a loyal fan base at our stores.

We’ve been really fortunate. Sales have been good, and they are growing. We’re happy with what we’re seeing over here. Hampton, well, it’s a little different market. We’re still trying to figure it out. It’s been challenging. We’re feeling optimistic about these next locations though.

RBS: Short Pump locations can be tricky. Several otherwise successful businesses have tried and failed out there. Are you worried about making enough to cover the rent?

TS: Maybe it’s because of the sagging economy, but rent isn’t as high as it used to be. I’d say we’re pretty sophisticated in our approach. If we have a rent, we know what we have to do to fill it. And I think we’re the kind of tenant that, when we meet with the landlords, they want to have us in there.

Q is outstanding. I pass by several other barbecue joints to visit Q, because it’s better quality food and a really comfortable, clean atmosphere.

I’m thrilled to see Q expand. They are a very high quality operator and bar none, hands down, they have the best chicken barbecue on the planet!

Q BBQ is the best BBQ in town and the service is great too. The managers make the rounds to get you what you need and thank you for coming in to eat. They truely appreciate their customers.

LOVE Q BBQ!! Great service, food and atmosphere. Still think it ought to be on the BEST bbq list in Richmond. There is no comparison in my book to one of your competitors where I have never had a bbq from them w/out grizzle or other mystery ingredient, and without good sauce or taste. You have it ALL,

Good luck to them – love b-b-q. Advice- their website only lists two Richmond locations, and even doing a google search only two show up. Thats about the extent some folks will go to try and find you.

I hate to tell you all this but as a native of Eastern NC it is my duty to report that there is no real barbecue in Richmond. Keep trying though!

When having dinner with a North Carolinian, politeness dictates never to discuss religion, politics or BBQ.

I am known, in my family & circle, for making great BBQ & don’t go out for it often. Q BBQ is the only place I will go out to get BBQ, it is the best I have ever had (I am a Tarheel & still think it’s the best)! Our Renewable Energy School in Midlothian has used them twice to cater our lunches & it was a hit there as well.
Keep up the good work!!!

we love q..we found it by accident while traveling around town. now i dont have to go across midlothian because it will be in my neighborhood. woot !!!

LOVE our Q, so glad they came to Brook Road !!!