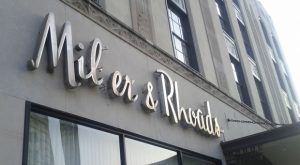 The owners of the Miller & Rhoads rehabilitation project, who sued the City of Richmond over property assessments, are going to have to fight a few more rounds in the courtroom.

The city filed its response Aug. 16, saying both lawsuits should be dismissed.

The city also invoked sovereign immunity, a legal precedent that shields government bodies and their employees from being sued in certain cases.

Richmond argued that HRI’s claims are outside of the statute of limitations for adjusting the property values and that the company failed to present any claims or facts that would compel the city to adjust its assessments.

HRI, along with its main investor, Prudential Securities, spent about $110 million on the Miller & Rhoads project, which includes a 250-room Hilton Garden Inn and a 133-unit condominium project that launched in 2009.

At issue in the suits are tax abatements the developers received for rehabbing the former department store. The abatements are determined by calculating the difference between the assessment values before and after the property was redeveloped. In most cases, the value of the improvements a developer makes to a building is exempt from real estate taxes for a certain amount of time.

The developers allege in the suits that the assessment on the residential portion is too high and should be reassessed for 2010, 2011 and 2012. HRI is also seeking to be repaid the difference it claims to have been overcharged for those years. The project was initially developed as condos but came to market at the height of the real estate bubble. They are now being marketed as apartments.

Rick Jarvis, a principal at One South Realty who is not involved with the project, said that condo values have dropped by about 30 percent since the market collapsed during the recession. 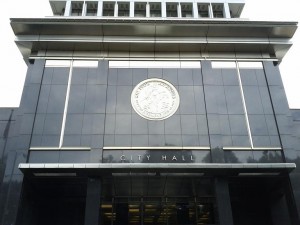 In the case of the hotel assessment, the LLC wants the assessments to be raised, alleging that the city’s valuation doesn’t accurately reflect the improvements to the structure. It argues that it is paying more in taxes because its abatement value should be higher.

City Assessor James Hester said Wednesday that the assessor’s office hasn’t been in contact with the developers in a few years and that his office didn’t know the lawsuit was coming.

“Right now, based on the suit, we don’t have enough information from the developers to even really respond,” Hester said.

Brian Telfair, the deputy city attorney who filed Richmond’s response to the suit, said his office does not comment on pending litigation.

HRI, which is being represented by LeClairRyan, also declined to comment.