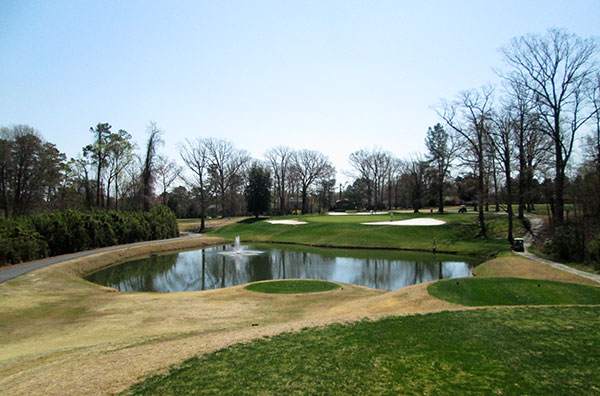 A group of investors and Chesterfield country club members have a new club in their bag.

Lake Chesdin Golf Club, a 14-year-old golf course in southern Chesterfield, was acquired last month for an undisclosed sum from a Canadian firm and will be merged into Meadowbrook Country Club, about 20 miles north. 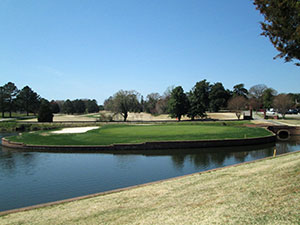 About 50 investors, made up largely of members of both clubs, put up the funds to create a multi-location country club to compete in the Southside golf scene.

“You have to adapt or change or die,” said Charlie Graffeo, president of Meadowbrook-Chesdin LLC.

The LLC was created to purchase the Lake Chesdin course. Meadowbrook Country Club owns the stock of that LLC.

Neither Graffeo nor Meadowbrook and Chesdin general manager Rich Wolkiewicz would disclose the exact price paid for Chesdin, but they said it was a seven-figure deal.

The logic behind the deal is that having two clubs in one should help attract members for both locations from the surrounding suburban Chesterfield developments.

“It gives us a bigger area to draw from,” Graffeo said.

A $200,000 renovation of the 18,000-square-foot clubhouse at Chesdin is adding higher-end dining operations.

The renovations are expected to finish in May, about when an initial membership drive should be completed. A current special waives the $4,000 initiation fee.

The Lake Chesdin course was put up for sale more than a year ago by its owner, Club Links, a Canadian company that owns dozens of courses across Canada and Florida. Lake Chesdin was its lone U.S. holding outside of Florida.

The club opened in 1998 within the 3,000-acre Chesdin Landing subdivision, still being developed by Scott Camps and his company Base Camp Development.

The Chesdin club has 225 members, but a combination of overbuilding of golf courses in the area and the recession hit the club like many of its peers.

“We had some good years in the black and some years in the red,” Camp said. “We were able to get through, and now, with this merger and membership drive, I think it’s going to dramatically help us.”

Lake Chesdin Golf Club brought in almost $1 million in revenue last year. It had close to 15,000 rounds of golf played during the year.

The course is zoned for an additional 18 holes, Camp said, a feature that should only add to their sales pitch.

“We have the ability and land to accommodate growth for the future,” Camp said. “This is something we can grow into as membership increases.”

Meadowbrook, which sits on Cogbill Road just off Chippenham Parkway, was founded in 1957.

Its more established status has helped it weather the golf downturn.

To get the deal done, the two clubs enlisted the volunteer efforts of some of their members, many of whom are well-heeled businesspeople.

Graffeo, now retired, used his experience as accountant for the likes of Shell Oil, Ernst & Young and Hunton & Williams and helped work much of the deal.

The deal has already begun to pay off. The duel-club offering attracted 35 new members through the fall and winter, typically a slow time for country clubs.

Graffeo said the goal is to have the combined clubs reach profitability in about three years.

He added that the new venture might not stop at two clubs, particularly given some of the fire sale prices that some golf courses are fetching these days.

Aside from simply having two golf courses to choose from, members of the new joint club also enjoy the benefit of playing two contrasting layouts. Meadowbrook CC (which Lanny and Bobby Wadkins and John Rollins honed their skills on) is a more traditional layout and is among the best (and quickest) walking courses in the area. Lake Chesdin has a more modern layout and offers up some beautifully designed holes (and wider fairways!) These are two very different courses with a lot of character. Combined they offer a lot of value to their membership.