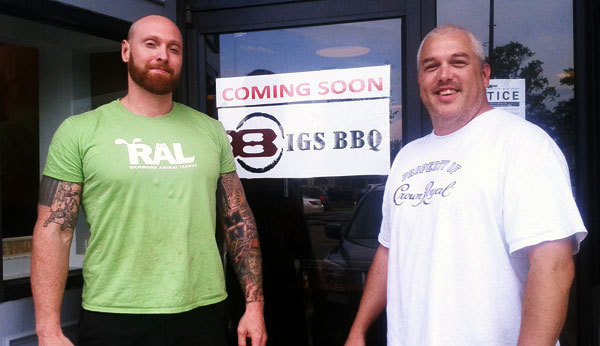 The owners of a Chesterfield barbecue startup are planning to take their show to the VCU campus.

Rob “Big Rob” Weaver and Brian “Big Show” Daigneault, owners of Big’s BBQ at the Chesterfield Meadows shopping center, are getting ready to sign a lease for a 4,150-square-foot restaurant space at 933 W. Grace St. 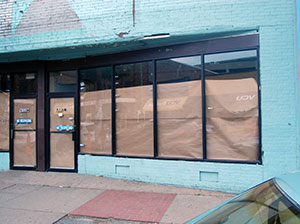 “We opened the first one in Chesterfield because the opportunity presented itself, but I’ve always wanted to go downtown,” Weaver said. “In Chesterfield, it was an opportunity to be near the business/government center. … The Richmond location is sort of the same thing. We’ll have 30,000 students, faculty and staff all within walking distance, without the need for parking.”

Raffi Bandazian of commercial real estate firm Bandazian & Holden represents the owner of the West Grace Street space. He said he is finalizing details with Big’s and expects the deal to be wrapped up soon.

Weaver said the space was attractive because of the location and because it had most of the necessary equipment in place. The space used to house Good Taste Chinese Restaurant, which moved to 913 W. Grace St.

Big’s has a budget of about $50,000 for its new space, Weaver said. The interior will be designed by Martin Star Handmade Cabinetry & Design, which designed the first Big’s location.

There isn’t much in the way of barbecue in the immediate VCU area. But within three miles, there is Buz & Ned’s on Boulevard, Alamo BBQ in Church Hill, the Halligan Bar & Grill in Shockoe Bottom and the soon-to-launch Estes BarB’Que in Jackson Ward.

Weaver said he’s okay with having rivals around.

“We are in a barbecue competition every time we light the ‘open’ sign,” he said.

Weaver said he’d like to open more locations but is taking it one store at a time.

“We’re opening number two because number one kicked so much [butt],” he said. “If the second one does the same, we’ll look at a third.”

I know they’ll do well. They offer good food at a good price with fast, friendly service. Very nice folks who work hard and treat customers like friends.

No love for Ronnie’s? “…within three miles, there is Buz & Ned’s on Boulevard, Alamo BBQ in Church Hill, the Halligan Bar & Grill in Shockoe Bottom and the soon-to-launch Estes BarB’Que in Jackson Ward.”

Congratulations to Big Rob! Bigs makes by far the best barbecue I have ever tasted. They will do great in Richmond/VCU.

Ronnie’s has been AOL for over a month now. We need someone like Big Rob to fill the gap!

Hope this takes off like a rocket, nothing better than good barbecue and slaw.

And it’ll brighten up that corridor of Grace Street! The Chinese place that used to be there was pretty decrepit.