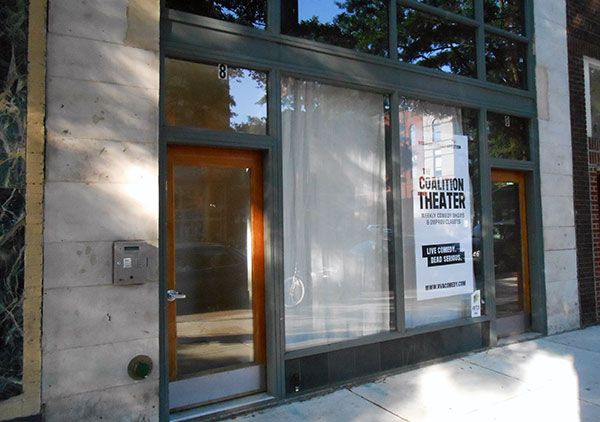 After a nail-biter of a fundraising campaign, a local improv comedy troupe is laughing all the way to its new theater.

“As soon as we got the money, we started cutting checks to contractors, electricians, carpenters, painters – you name it,” said Matt Newman, head of the group.

The Comedy Coalition raised the money via the website Kickstarter, where it said about 50 percent of the money would go to building the theater, 25 percent to the lobby and box office area, and 8 percent to permits and fees.

The remaining 17 percent would go back to Kickstarter and pay for the gifts that donors receive in exchange for their support, as is typical with such campaigns.

The gifts offered by the Comedy Coalition ranged from laser-engraved mason jars at the $35 level to a lifetime pass to shows for $2,000.

“We had one person come in at $2,000,” Newman said. “The idea behind that one was that, as long as this theater is around, whoever holds that pass will get in for free. So if we’re still around in 80 years, your grandkids could get in for free.”

According to Kickstarter’s rules, the group had to raise the entire $25,000 goal or they wouldn’t get a dime. With a week left, they were still $10,000 short.

“We had done our research and knew that the biggest spike in donations usually comes in the last few days,” Newman said. “But there’s knowing that and then experiencing that. Definitely, when we were two days out, we were refreshing the page every two seconds to see where we were.”

Newman said the theater is on track to open this summer. The Comedy Coalition has been promoting its arrival to the neighborhood with some creative signage.

“If we could get everything done by tomorrow, we’d open tomorrow,” he said. “We’re hoping to be open within eight to 10 weeks.”

The troupe leased the 1,700-square-foot space in February from building owner Walter Parks.

The group launched in 2009 and for several years has been putting on shows across town, including in Jackson Ward, Manchester and Carytown.

Congratulations to RCC. Is Richmond Comedy Coalition a non-profit? If not, do they have to report this funding as regular income? I’m Just curious, because with crowdfunding, there is no equity holder, so I’m curious what the accounting entry would look like.

Thanks, Scott. RCC is for-profit. We’ll be treated basically like a seller on Amazon. Here’s a great post from a game company that had a good Kickstarter run that goes into some detail.

Almost sounds like accounting for consignment inventory, even though its slightly different.

If only Broad Street was stacked with more good venues like this. More theaters, less dealers.