A local PR agency will soon have a new owner.

CRT/tanaka announced Friday that it will be acquired by Padilla Speer Beardsley, a Minneapolis-based public relations and marketing firm, for an undisclosed sum.

The deal will create an agency with almost 200 employees and combined annual fee revenue of more than $30 million, the companies said. It is expected to close in late August. 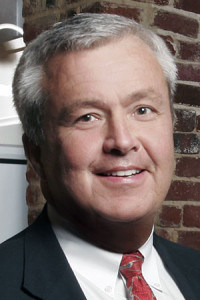 The new firm will be called PadillaCRT. It will be headquartered in Minneapolis but will retain CRT’s 40-person office at 101 W. Commerce Road in Manchester.

The two sides first discussed a deal about four years ago, after years of collaborating on work for clients and pitching accounts, Raper said.

“We decided because of the economic horizons that maybe we should delay a little bit,” Raper said. 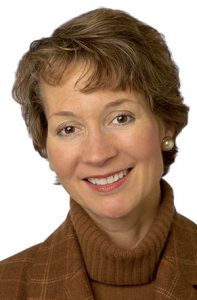 “Lynn called me and said, ‘Are you guys still interested in getting married?’” Raper said. “I said, ‘Yeah, we are.’”

When CRT was founded in 1996 as Carter Riley Thomas, Raper said the firm set a goal of reaching $25 million in fee revenue per year.

“That level of critical mass is what is necessary for the real fun to begin,” Raper said.

CRT, which about eight years ago added Tanaka to its fold through acquisition of a small New York firm, was on track this year to do about $14 million in fee revenue, Raper said.

Firms in the upper echelons of the PR and ad industry bring in billions a year, some through publicly traded conglomerates that own multiple agencies. Richmond advertising giant the Martin Agency, for example, is part of the Interpublic Group of Companies, which brings in more than $1 billion a year in revenue.

Two of the industry’s largest players, Publicis Groupe and Omnicom, announced this weekend that they would merge, creating a company with combined revenue of $25 billion.

“This will continue to be an industry that has more and more consolidation,” Raper said of the announcement from Publicis and Omnicon. “Our deal reflects that.”

Also helping drive the deal between CRT/tanaka and Padilla is the ability for CRT employees to be part of Padilla’s employee stock ownership plan.

Seventeen of CRT’s 80 employees currently own a stake in the Richmond firm, Raper said. All of them will get a stake in the new combined firm. Although he wouldn’t discuss specific dollar amounts, Raper said Padilla would purchase CRT’s shares over a four-year period.

“Right off the bat, [CRT employees] become owners. We think that adds a fire in the belly, unlike any other way to achieve that,” Raper said. “When you are in a service industry, you really need to make sure your employees are engaged.”

With other offices in New York, Washington, Norfolk and Los Angeles, CRT brings with it a portfolio of clients that includes local companies such as Altria, Owens & Minor and Intelliject. Other national accounts include Sprint, DelMonte, Girl Scouts of the USA and others. Its largest account, Raper said, is Wines from Rioja, which pushes Spanish wines.