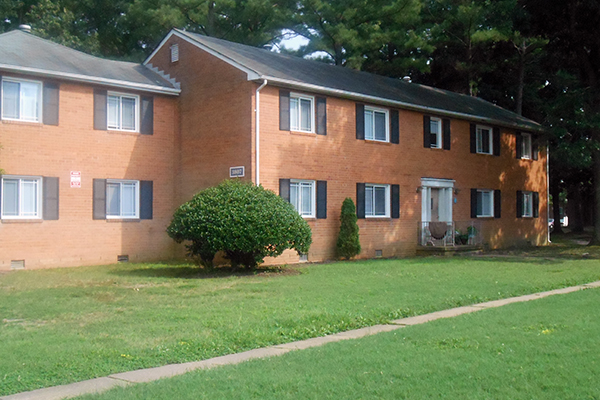 After a long slog through foreclosure, a Southside apartment complex once tied to a embattled local landlord has a new owner.

“I think the location is good, the visibility on Hopkins Road is attractive, it creates a lot of traffic,” said Drew Wiltshire, a vice president at Thalhimer Realty Partners, which is the acquisition and development arm of Cushman & Wakefield | Thalhimer. “The price, all things considered, we thought was very good.”

Deering Manor was previously owned by an LLC tied to Robert Owens, a local landlord whose Space Properties saw several of its complexes go into foreclosure in 2011. Thalhimer Realty Partners bought the complex from an entity that had been controlled by CW Capital, a loan servicing company hired by the property’s lender after the property went into default.

The deal marks the second Owens property picked up by Thalhimer Realty Partners. The firm bought the 66-unit Riverside Drive Apartments in August 2012.

According to a report from the real estate tracking firm Trepp, Deering Manor defaulted on a $7.9 million loan in 2010. The property was then transferred to a special servicer.

It was foreclosed on in January 2011 with a $7.4 million balance, according to Trepp. The complex was 52 percent occupied in March 2011, the report showed.

Cushman & Wakefield | Thalhimer will manage the property moving forward. All of Deering Manor’s apartments are two-bedroom units. They average 650 square feet and rent for about $600 per month.

Wiltshire said the complex is now about 86 percent occupied, with 10 units that are not fit to be leased.

“They’re all in different states of disrepair,” Wiltshire said. “We expect to have those 10 units operating in the next couple of months.”

Deering Manor is Thalhimer Realty Partners’ second acquisition this summer. In June, it bought an old industrial building at 3200 W. Clay St. in Scott’s Addition. It will rehab that property with 100 apartments.

The company is also renovating the former Julian’s restaurant property near Boulevard and West Broad Street, where a wine bar and apartments are planned.

The firm has had the sought-after 17-acre Reynolds South site in Manchester under contract for several months.

This was a good price for this property which is physically very attractive. For a relatively small apartment complex, it has a nice amenity package and enjoys easy access to the Chippenham Parkway. Thalhimer may a nice buy, in my opinion.