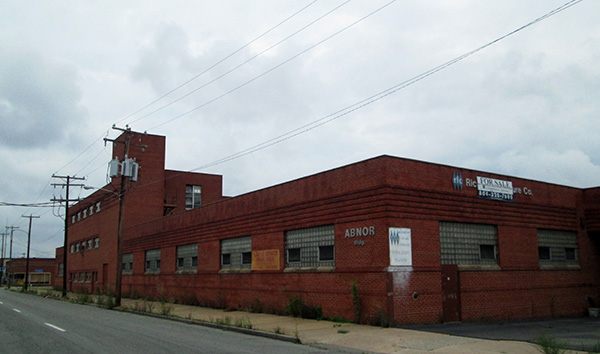 A local real estate firm is picking up where another developer left off in Scott’s Addition.

Thalhimer Realty Partners, the development arm of Cushman & Wakefield | Thalhimer, closed in late June on the purchase of an old industrial building at 3200 W. Clay St., where it plans the neighborhood’s latest apartment conversion project.

The property is almost 100,000 square feet and encompasses an entire city block in Scott’s Addition, where hundreds of new apartments are in the works. The space was previously under contract to be acquired by developer Tom Wilkinson.

Thalhimer Realty Partners paid $1.79 million for the property. Matt Raggi, an associate with the firm, said 100 apartments and indoor parking are planned. The company hasn’t finalized the total development costs on the project. It will seek state and federal historic tax credits.

The project will be Thalhimer Realty Partners’ first in Scott’s Addition, Raggi said.

“We like the area and have been looking for a good redevelopment opportunity for a while,” he said. “I think Scott’s Addition provides a good, cost-effective alternative for young professionals currently living in the Fan and even downtown.”

Raggi said Thalhimer Realty Partners’ plan for the property would cost less than the estimated $20 million Wilkinson had drawn up and will have 30 fewer units.

The difference in the number of units, Raggi said, is that Thalhimer Realty Partners was not interested in having so-called windowless apartments. Those units use skylights and other techniques to bring natural light to apartments that don’t have have street-facing windows and have been used by local developers to maximize space in warehouse rehab projects.

“We feel the current density will maximize the functionality of the units and free up a big portion of the building which we’ll be able to use for parking and other amenity space for our residents,” Raggi said. “From a marketability standpoint, I think units with ample light will prove more sustainable over time relative to those units with light challenges.”

The average unit will be about 750 square feet, Raggi said. Sixty percent of the apartments will be one-bedroom units. The rest will have two bedrooms.

Thalhimer Realty Partners plans to start construction in January and expects it to take about a year for completion. It must first get an amendment approved on the property’s current special-use permit.

Local architect Walter Parks, who had designed Wilkinson’s plan for the property, is also the architect for Thalhimer Realty Partners. Thalhimer’s MGT Construction arm will be the general contractor.

Wilkinson said in an email that the city had approved his plans for the Clay Street property but that his deal with the seller, ABNOR Corp., grew increasingly eager to close and settled on a lower sales price than what he had offered.

“I wish Thalhimer the best of luck with the project,” he said.

Thalhimer Realty Partners is also renovating the former Julian’s restaurant property near Boulevard and West Broad Street, where a wine bar and apartments are planned.

The firm also has had the sought-after 17-acre Reynolds South site in Manchester under contract for several months.

Great news, these units should not only be more marketable, they will also do more to make Richmond an attractive place to live than the smaller windowless plan.

If this is a historic tax credit project? It could be perfect for solar.

I answered my own question by doing more research. An HTC project can have excellent ROI for solar. We are doing a 220kW in Scott’s Addition now.