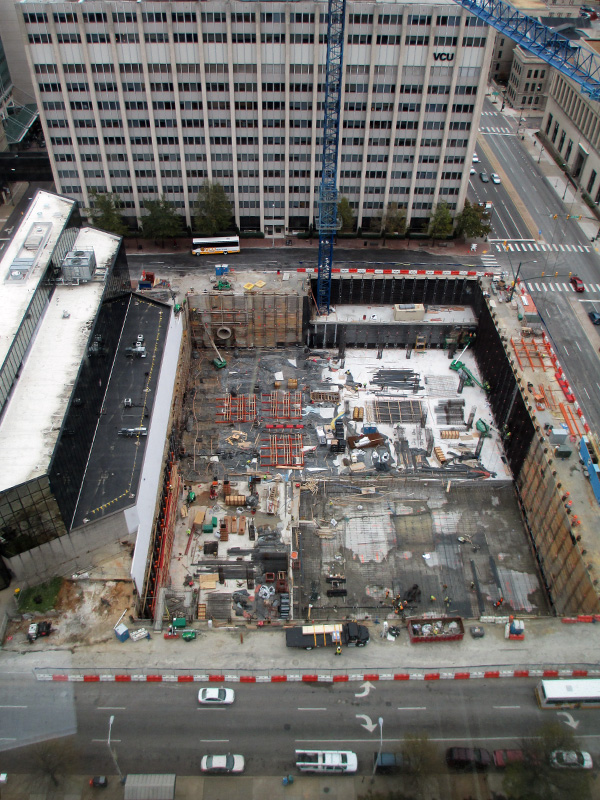 The site of the planned Children’s Pavilion. (Photo by Burl Rolett)

Work is well underway at a city-block-size crater downtown that will be home to a $168 million pediatric medical facility.

The Children’s Hospital of Richmond at VCU broke ground on the site of its planned Children’s Pavilion in September 2012. The 640,000-square-foot development is slated for completion in 2015. Plans call for 72 exam rooms, two operating rooms, areas for diagnostic testing and a 600-space parking garage.

Skanska is in charge of construction of the facility, which was designed by HKS Architects. The building will replace the current Children’s Pavilion a block over on East Marshall Street.

The project is one of two children’s medical projects in the works through VCU Health System. The organization also has a $56 million Virginia Treatment Center for Children planned on Sherwood Avenue.