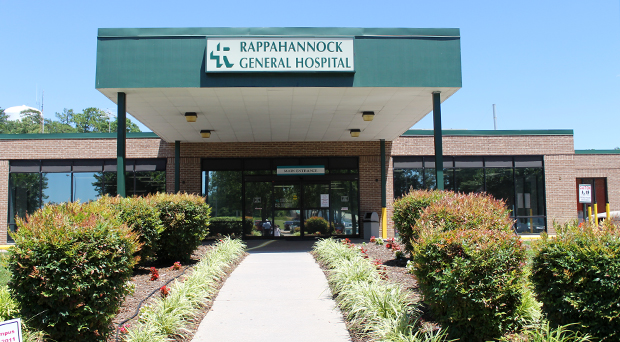 Bon Secours Virginia Health System has a deal in the works to acquire Rappahannock General Hospital, its medical group and its foundation, the organizations announced this week.

Bon Secours spokeswoman Charlotte Perkins would not disclose terms of the pending deal as the nonprofit groups are in the midst of negotiations. The two sides have entered into a letter of intent for the acquisition.

Rappahannock General is about 70 miles east of Richmond in Kilmarnock, Va., part of Lancaster County. The hospital is licensed for 76 beds, according to its website. RGH spokeswoman Joanna Marchetti said the hospital building is 100,680 square feet. The health system includes eight additional off-site medical office buildings.

According to Virginia Health Information, a health-care information tracking organization, RGH reported net patient revenue of about $35.4 million and other operating revenue of $587,782 during the 2011-12 fiscal year. The hospital had expenses of $36 million and a net worth of $17.2 million that year, the most recent data available from VHI.

The planned acquisition must be approved by governing boards for both health systems, as well as state and federal agencies. Perkins said they can’t predict how long the process might take.

A graphic recognizing the clinical affiliation.

The proposed deal comes on the heels of a two-year clinical affiliation agreement between Bon Secours Virginia Health System and Rappahannock General Hospital. The purpose of the agreement was to increase care and accessibility for residents in the Northern Neck and Middle Peninsula, the groups said.

The collaboration also allowed Rappahannock to expand its services and recruit physicians, the groups said. It employs 140 physicians and specialists.

Its competitors in the Richmond market include HCA Virginia and VCU Health System.

The Rappahannock deal is the latest development in a busy year for Bon Secours.

It has a $4 million guesthouse under construction at St. Mary’s Hospital that is scheduled to open in June, Perkins said.

It has also broken ground on a hospice house in Old Bon Air. Visible site preparation should begin in March, she said.

A freestanding emergency room is in the early planning stages for a new development owned by Bob Atack on West Broad Street, west of Short Pump.