A Richmond bank struck a deal last week that helps its expand farther east and brings its assets levels to nearly $800 million.

Once the deal closes, as expected later this year, Xenith would have approximately $795 million in total assets. That’s nearly triple the size it was when it closed two big deals in the summer of 2011. 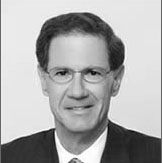 “We’re constantly on the lookout for what we think are good opportunities,” said Xenith CEO Gaylon Layfield. “[CVB] had made the determination they could create more value for shareholders and customers by finding a partner. That’s what happened.”

As part of the deal, shareholders of Colonial Virginia Bank will receive 2.65 shares of Xenith stock for each CVB share they own. That puts the price tag of the deal at approximately $9.7 million.

Not only does Xenith add CVB’s $71 million loan portfolio and $99 million deposit base, Layfield said his bank was attracted by the chance to take on the bank’s two branches in Gloucester and loan production office in Yorktown. It gives Xenith a presence closer to the Peninsula side of Hampton Roads.

“With our capital that we bring to the table, we think it’s a great opportunity in that Peninsula market,” Layfield said. “It has always been one of our target markets,” 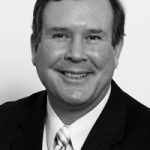 “That formula is not adding up for small banks these days,” said Bailey, who was previously president of a Peninsula predecessor of Union First Market Bank.

“You put all those together and sit down with your board and say: ‘Can we really move the needle on our stock price as an independent company?’ We could not reach that conclusion.”

CVB was spurred further when it received an unsolicited acquisition bid from another bank.

“That was something that caused the wheels to start turning,” Bailey said.

CVB then hired an investment banking firm to prepare a list of potential suitors. The deal with Xenith came together over the last several months, he said.

The CVB deal marks Xenith’s fourth merger or acquisition since it was founded in 2009 by taking on the assets of a bank in Suffolk. 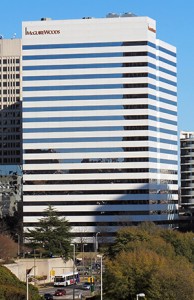 Xenith is headquartered in the McGuire Woods tower downtown.

Xenith’s next moves came in the summer of 2011 with back-to-back deals that acquired the Richmond assets of North Carolina-based Paragon Bank and took over the failed Virginia Business Bank after it was shut down by the FDIC.

The bank had its first fully profitable year in 2011.

The CVB name will remain for the foreseeable future, Layfield said. Bailey will stay on after the deal to lead the Peninsula and Gloucester operations.

CVB has about two dozen employees currently. No decision has been made on how many will come over to Xenith, Bailey said.

The deal must still be approved by state and federal regulators, as well as the shareholders of CVB. It has been approved by the boards of both banks. The companies are shooting for a closing date of June 30.