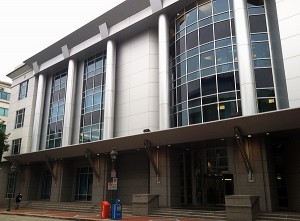 The downtown-based TV-station operator on Friday announced it will pay $1.6 billion to acquire LIN Media in a massive deal that will create a colossal firm owning 74 TV stations in 46 markets.

The companies said that would make it the nation’s second largest owner of local TV stations. The stations are affiliates of the big four American networks: ABC, CBS, NBC and Fox. Its holdings would include WRIC Channel 8 in Richmond.

The deal is expected to close next year and would leave Media General a far cry from two years ago when it shed its newspaper-centric identity in favor of TV media.

The deal with LIN comes less than six months after Media General closed a deal to add 12 TV stations and bringing its total station roster to 31.

Media General will pay a combination of stock and cash to absorb Austin, Texas-based LIN Media. It will also take on about $1 billion worth of LIN’s debt, bringing the total value of the transaction to $2.6 billion.

LIN shareholders will receive approximately $27.82 per share, a 28 percent premium.

LIN shareholders will own approximately 36 percent of the combined company.

LIN president and CEO Vincent L. Sadusky will lead the new company, which will remain in Richmond and keep the Media General name.

Media General CEO George Mahoney was not available for comment on the deal.

J. Stewart Bryan III, a Richmonder whose family controlled Media General for decades, will stay on as chairman of the board of the combined company.

Media General sold its 63 newspapers, including the Richmond Times-Dispatch, in May 2012 to Warren Buffett’s Berkshire Hathaway for $142 million.

The remaining newspapers were sold to a private equity firm a few months later, leaving it with 18 TV stations at the time.

The new Media General common stock will be listed on the NYSE and trade under the symbol MEG.

The boards of both companies have approved the deal. Shareholders must still vote on the transaction and FCC clearance is needed.