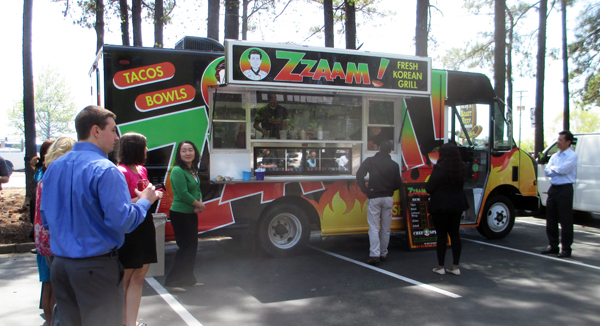 Derek Cha is at it again.

The founder of frozen yogurt empire Sweet Frog is cooking up a new restaurant idea that will launch with a food truck in Richmond and a location in Charlottesville.

Much like his dessert business, which has grown to more than 300 locations since its launch in Richmond in 2009, Cha has a big vision for Zzaam! and said he is looking to franchise his newest concept. (Sweet Frog was the No. 3 fastest-growing firm in Richmond in 2012 according to last year’s RVA 25 list).

“I believe we can make it as successful as Chipotle,” he said. 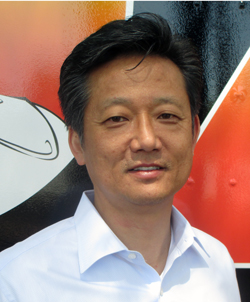 While the Zzaam! food truck travels Richmond’s growing food truck scene, a brick-and-mortar spot in Charlottesville at 1232 Emmet St. is set to open this summer. The new venture will also do catering.

Cha signed a five-year lease for a two-level 3,000-square-foot free-standing space in UVA-country.

For the first year, Cha said he wants to see how his Charlottesville location performs and may add a second store there before taking Zzaam! to other markets. He said he’ll look to drop into small-to-medium-sized towns that have a college or university.

The food truck cost about $100,000, and the Charlottesville location will cost about $500,000 to get up and running, Cha said. He is financing the initial launch without investors but will court them later, he said.

Cha, who is of Korean descent, said he found confidence in the growing recognition of Korean popular culture around the world. He said America is ready for Korean food to be part of mainstream offerings.

“Korean food is popular in major cities like New York and L.A.,” Cha said. “In smaller towns and in Richmond, they are really lacking Korean food choices.”

The name, Zzaam!, is derived from “ssam,” the Korean word for wrap, Cha said.

“I wanted to have a name that’s cool and hip, that can grab the attention of younger millennials,” he said. “The z really grabs other people’s attention.”

Great to see new franchise concepts being developed in RVA, but lightning doesn’t often strike twice in franchising, and if someone just invested a significant sum to become a sweetFrog franchisee, should she be concerned that the founder is focusing time, energy, and money on developing new brands instead of devoting full time to the development of the sweetFrog system? Time will tell. In any event, congratulations and best wishes to the new Zzaam! brand.

I was thinking the same thing. I don’t know Derek’s current roles or responsibilities at Sweet Frogs so that could be a non-issue if he has good people leading the yogurt biz; like Sir Richard Branson – seems to me however, the novelty of Sweet Frogs as a brand is losing its luster and momentum and like Starbucks it will all be about location for consumers and building loyalty programs to keep them coming in the doors repeatedly. I do like the idea of going to where the people are like events with a mobile truck. Seems more profitable –… Read more »

Finally! Just park in front of my house!
Kam-sam-ni-da!

We need this truck parked downtown, right beside the James Center!

Tried Zzaam at Homearama last weekend. It was really quite good. Lines were long at the food truck. I believe this will do well. Nice alternative food option.