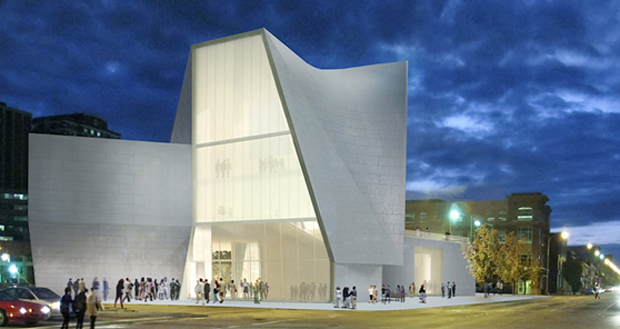 Before the art, theater and music arrive at the corner of West Broad and Belvidere streets, there first will be hammers, backhoes and hardhats.

Virginia Commonwealth University next month will break ground on the $35 million Institute for Contemporary Art, the school recently announced.

Gilbane Building Co. will head up construction of the 43,000-square-foot facility. It is slated for completion in 2016. 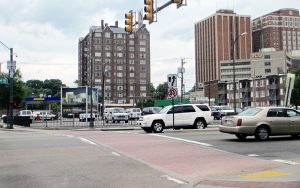 The 1-acre parcel, currently a parking lot at West Broad and Belvidere streets, was donated to the school this month through the VCU Real Estate Foundation, the university said. The property is valued at $1.8 million, according to the school.

The building’s official name will be the Markel Center of the VCU Institute for Contemporary Art in recognition of a contribution by Markel Corp., the university said. VCU spokeswoman Anne Buckley said the amount of the donation has not been made public.

According to VCU, donations toward the project have been received from Steve and Kathie Markel, Pam and Bill Royall, True and Charlie Luck, Meg and John Gottwald, Abby W. Moore, the NewMarket Corp., the Mary Morton Parsons Foundation, VCU Real Estate Foundation, and Carolyn K. and John W. Snow.

Steve Markel, Markel Corp. vice chairman and co-chair of the ICA fundraising committee, said the local insurance giant is proud to be a part of the project.

“VCU is the No. 1 (public) art school in the country. Getting to be No. 1 is definitely tough, and it’s easy to lose if you don’t keep doing bigger and better things,” he said. “This Institute of Contemporary Art will really be instrumental in making VCU’s star in the art world much brighter.”

About $31 million of the $35 million needed for the construction of the facility already has been raised, VCU said. Most of the project is being funded by private donations, although VCU contributed $4.4 million, spokeswoman Carrie Culpepper said.

As it continues to raise the remaining donations, VCU’s Board of Visitors recently approved short-term financing for the project from a line of credit for up to $27 million, Buckley said. That will allow construction to begin next month.

Gilbane has been a popular choice for VCU construction projects.

The company is based in Rhode Island but has an office in Richmond. It is renovating the newly dubbed Altria Theater.

The ICA was designed by Steven Holl Architects, which, according to its website, has offices in New York City and Beijing.

ICA won’t keep its own permanent collection of works but will feature a variety of media and will have a 250-seat theater, a cafe, offices and gallery space, VCU said.