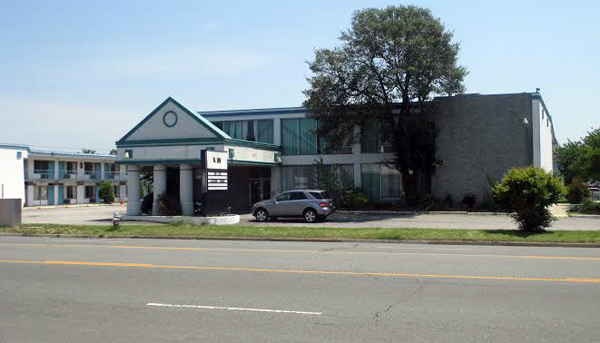 Plans have been filed in Henrico County for a new grocery store at the site of a dilapidated motel at 5221 Brook Road, possibly the area’s second planned Walmart Neighborhood Market. (Photo by Burl Rolett.)

The world’s biggest retailer may have its sights set on a second Richmond grocery store. 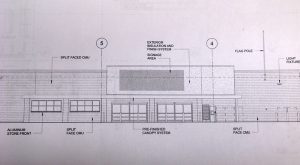 Plans have been filed in Henrico County for a new grocery store at the site of a dilapidated motel at 5221 Brook Road, and the documents appear to be for the area’s second planned Walmart Neighborhood Market.

Submitted by Denver-based MVG Development, site plan documents call for a 42,000-square foot store and gas station. The documents do not specifically mention the Neighborhood Market concept, but a drawing in the package submitted to Henrico County’s planning department bears the Walmart logo. The store’s footprint described in the plan matches the forthcoming Neighborhood Market at Chesterfield’s Meadowbrook Shopping Center.

Walmart spokeswoman Amanda Henneberg and a pair of Walmart Realty agents working in Virginia did not respond by press time to questions about the project’s status.

MVG Development specializes in commercial build-to-suit projects. The company is also working a 42,000-square-foot grocery and fuel center development in Roanoke, though a tenant has yet to be identified.

H McNeish, MVG Development’s director of planning and entitlements, said in an email that he was bound by a nondisclosure agreement and could not provide any details beyond what is included in the application submitted to Henrico County.

According to the development’s site plan, the grocery store will take the place of a Virginia Inn motel on Brook Road, immediately south of the Wawa gas station off of Interstate 95.

The hotel and the 6.2 acres are owned by Makan Investments, a Manassas-based company headed by Raj Chudasama, according to county and state records. The Virginia Inn previously operated as a Travelodge but lost its licensing agreement in 2010, according to a pending complaint filed in a New Jersey federal court by the motel brand’s parent company.

MVG Development will raze the 102,000-square-foot motel to make way for the grocery store, according the plans on file with the county. Zoning is in place for a new grocer, so MVG Development will not need approval from the Henrico Board of Supervisors to move ahead with the project. The planning commission will need to grant the project site plan approval. No date has been set for the project to go before the commission.

The Neighborhood Market brand runs about a quarter of the size of the Walmart Supercenter model. Walmart has big plans for its smallest concept and last year announced intentions to open more than 200 new Neighborhood Markets over an 18-month span.

Walmart also will open a new Supercenter at Reynolds Crossing this week.

If it comes to fruition on Brook Road, the Neighborhood Market would be the second major grocery development in the works for Northside. In February, a Martin’s spokesman confirmed that the grocery chain was looking at building a new store at the long-dormant Azalea Mall site.

There is also an existing Martin’s store at the Brook Run Shopping Center, just north of the Azalea site. Food Lion, which led the way in Richmond grocery market share for 2013, has a store a half-mile away at the Brookhill Azalea Shopping Center.

I do believe this was originally a Howard Johnsons when it first opened based on an old post card I own.

It was a Holiday Inn. The Howard Johnson’s was at the corner of Brook and Azalea.

You are correct! The 1960s architecture is pretty close but this building was originally a Holiday Inn.

This is a great new use!

Seriously? The East End can’t get a Wal-Mart and has limited grocery stores! How is it they can build multiple Wal-Marts in a one mile radius in the Northside? Is this a joke? This is baffling.

Let’s hope that the Neighborhood Market, assuming that is indeed the planned store, pays more than Walmart. Lowering wages in the name of “more jobs” is not a good idea for our still recovering economy…