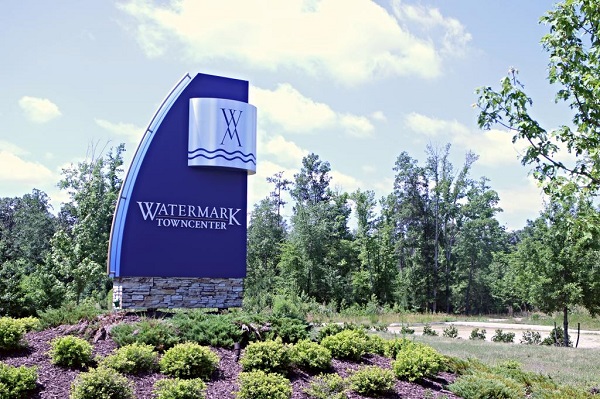 A town center development seven years in the works is taking shape in Chesterfield County.

It would be the first retail piece in the master planned Watermark community. Developer TerraForge Communities imagined the area as having more than 900 residences and 200,000 square feet of commercial space over 400 acres, according to its website.

Denver-based MVG Development filed plans for the grocery project, which will take up 5.6 acres at the southeast corner of Watermark just south of Kingsland Glen Drive. 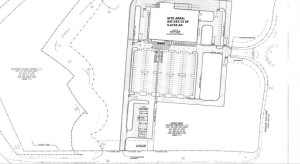 MVG Development outlined its vision for an unnamed grocery store and gas station at Watermark.

MVG’s plans filed for Watermark are similar to those it filed for a planned Walmart Neighborhood Market in Henrico County on Brook Road. While the grocer was not named in Watermark related documents submitted to the county, both of it and MVG’s Brook Road project run about 42,000 square feet with a standalone fuel center.

Amanda Henneberg, a spokeswoman for Walmart, confirmed last month that the Brook Road project would be a Neighborhood Market. In an email on Wednesday, she said Walmart had no plans to announce any other Walmart locations coming to the area.

Lindsey Barden, a retail broker with The Rappaport Companies, is marketing the potential commercial space at Watermark. Rappaport is advertising a total of 220,000 square feet, including the grocery store. Plans submitted last year by TerraForge show several other outparcels on the site.

If approved by the county, the grocer will enter a 100-acre section of Watermark billed as Watermark Town Center. So far, that development hosts only the Meridian Watermark apartment complex, which was built in 2011, according to Chesterfield County records.

TerraForge President David Cloak declined to comment on the grocery store and any other new development at Watermark.

Plans that Cloak submitted for the town center portion also show a 50-acre neighborhood with 285 townhomes and another 48 single-family detached lots.

In addition to the potential arrival of a grocer, there are other signs of progress at Watermark.

Eastwood Homes bought into the project last year and will begin construction on an initial wave of Watermark townhouses this fall, said Kelly Trebour, a spokesperson with North Carolina-based homebuilder.

Trebour expects construction on the first homes will wrap up near the beginning of next year. Eastwood’s website advertises townhomes at Watermark from $190,000.