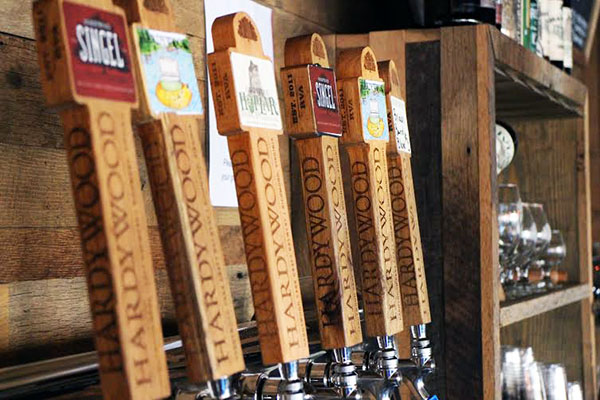 Hardywood will begin shipping its brews to western Virginia. Photos by Michael Schwartz.

A Richmond brewery is headed to Wahoo and Hokie territory.

Hardywood Park Craft Brewery has signed a pair of distribution deals that will take its full line of beers west of the Richmond market to Charlottesville, the Roanoke Valley and up to the West Virginia border.

“We’ve had a lot of people that have been coming to the brewery for a long time from Charlottesville especially, but (also) from a lot of places in the west part of the state that travel this way,” said Ben Petty, Hardywood’s sale manager. “We just haven’t been able to (expand there) yet because we haven’t had enough liquid to supply it.”

The first batches of Hardywood will roll west on Interstate 64 later this month. Virginia Eagle Distributing and P.A. Short Distributing, both distributors of the Anheuser-Busch beer portfolio, will carry Hardywood’s products in western Virginia.

The move marks the 3-year-old brewery’s third expansion in the last nine months.

Hardywood is now available in northern Virginia and Washington, D.C. as well as throughout the Richmond market. It ramped up its production and added a bottling line over the last year, investing more than $1 million in its Ownby Lane brewery. 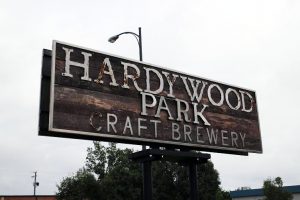 Hardywood is located at 2408 Ownby Lane in Richmond.

The brewery’s latest expansion will be its largest yet, Petty said. And the company is working on hiring a new salesperson to work Hardywood’s western frontier.

“This will require more beer over time,” he said. “The population in the area that we’re going into is approximately the same as northern Virginia – granted its spread over a huge territory – but it will require quite a bit of beer.”

When Hardywood hits its newest market, it will find a beer scene that is becoming increasingly crowded. The Roanoke Times reported this week that eight breweries have opened between Bedford and Montgomery counties over the last two years.

But Petty said the beer will have some name recognition built in as it taps a new market.

“It’s not our direct backyard, but we’re close enough and have a lot of communication between the two areas,” he said. “Lots of people live in Richmond and go to school at UVA or Tech.”

Hardywood is on pace to produce about 8,000 barrels of beer this year and could push that number closer to about 15,000 on the current brew schedule, which has Hardywood making beer three or four days a week without brewing nights and weekends.

Petty estimated the brewery’s equipment could pump out as many as 25,000 barrels in a year with an expanded brew schedule and that would be enough to cover the entire state of Virginia. The western Virginia deal will leave only a small piece of far-southwest Virginia and territory east of Richmond outside of the brewery’s reach – at least for a couple of months.

“We’re going to try and roll out Eastern Virginia this fall and that will be our last rollout for a year or two,” he said. “We’ll take some time and build these markets before we try any further expansions beyond that.”