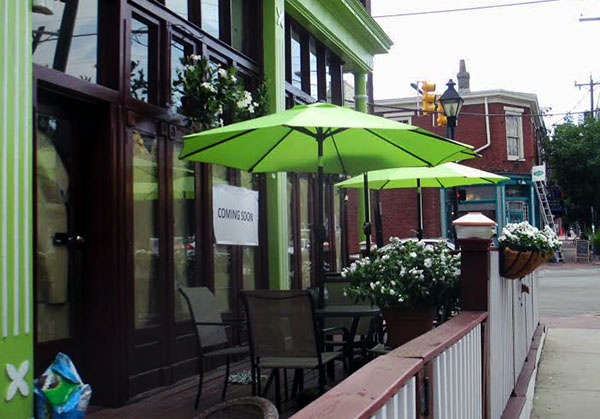 Shane Thomas will open her restaurant Southern Kitchen with a view of her old job at Sweet Teas just across the street. Photos by Michael Thompson.

After leaving the Shockoe Bottom restaurant she helped open, a restaurateur didn’t travel very far for her solo venture.

Shane Thomas plans to open Southern Kitchen: The Mouth of the South at 1726 E. Main St. later this month. Her new eatery will sit across the street from Sweet Teas at 1800 E. Main St., where she had been manager since its launch last August.

Thomas has a five-year lease for her new 2,200-square-foot space, which was formerly home to Island Bistro Bar & Grill.

“I’m chomping at the bit to give the Bottom something new and exciting,” Thomas said. “You got apartments all around, you got apartment dwellers that need a place to eat.”

Much like the name suggests, Southern Kitchen will serve meat, seafood, and salad traditionally found in the South.

“It will not be soul food,” Thomas said. “It will be Southern food.”

Thomas, 43, said Sweet Teas owner Louis Asare asked her to leave in March. Thomas would not go into detail about the circumstances of her departure.

“I wish him the very best,” Thomas said of Asare. “Other restaurants are leaving, so what are people going to do around here? The more businesses that come around, the better business gets.” 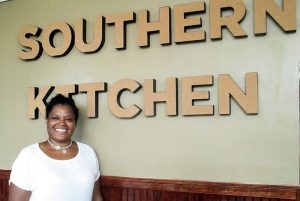 Further east on Main Street, 2113 Bistro also closed in June. A sign from the landlord posted on 2113’s door said the business’ contents would be auctioned because it defaulted on its lease.

But Thomas said more apartments and residents are moving into the Bottom, creating a market for restaurants in the neighborhood. Thomas said she especially hopes to target 20 to 34 year olds.

“I think there’s a plethora of millennials in the area,” she said of the Bottom. “Do you want to keep them driving to Short Pump or Carytown?”

Thomas said she’s budgeted $50,000 to renovate and open Southern Kitchen. She said she is financing her new restaurant with help from her mother and family friend Sabri Harris.

After leaving Sweet Teas, Thomas – who has a background in marketing and advertising – said she faced a choice.

“Do you want to go back to corporate America or do you want to give opening a restaurant another shot?” Thomas said. “It was a no-brainer for me to try again.”

Can’t wait Shane! We miss your cooking and your hospitality!