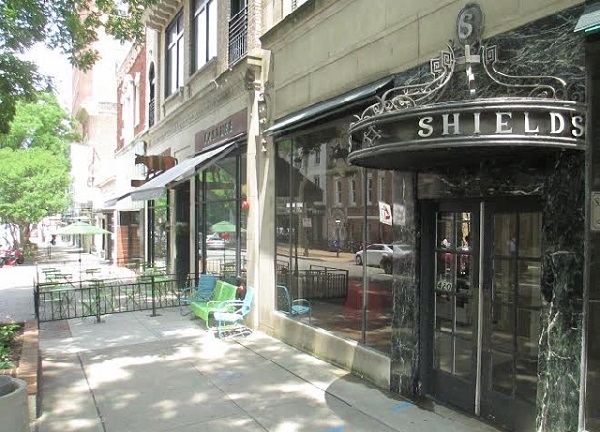 Julep’s owner Amy Ayers will move and the restaurant to the Shield’s Shoe building next year. Photo by Michael Thompson.

A longtime Shockoe Bottom restaurateur is teaming up with a pair of local developers to plant a flag along a fledgling row of restaurants.

Julep’s, at 1719 E. Franklin St., will close in February and relocate the following month to the first floor of the Shield’s Shoe building at 420 E. Grace. St. It will add to a growing group of local restaurants trying to bring new life to the downtown stretch.

Julep’s owner Amy Ayers, along with developers Chris Johnson and Tom Dickey of the Monument Companies, finalized a deal last week to purchase the three-story building for $630,000. They plan to overhaul the building, installing Julep’s on the first floor and four apartments each on the second and third floors.

“I’ve been searching for seven years,” said Ayers, who announced the move at a gathering at Julep’s last week. “I wanted the opportunity to expand the restaurant and I wanted to own the property in which I reside.”

David Crawford of CBRE brokered the deal on behalf of Ayers, who opened Julep’s in the Bottom in 2003. Crawford also set up the meeting that brought Johnson and Dickey on board with the project.

“We met, liked the project and Amy and the prospect of a proven tenant,” Johnson said in an email. “We agreed to partner with her and handle the development, construction and management.” 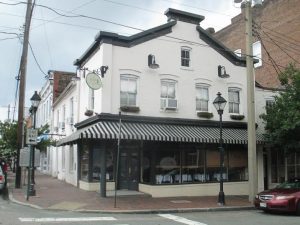 Johnson said construction and development costs for the building will be about $1.2 million. Xenith Bank is financing the project. The eight one-bedroom apartments are planned to be ready for lease at the beginning of 2015.

Scott Boyers of CBRE represented the seller, Lenard Shields. The property, which has been in the Shields family since the 1980s, was vacant for a decade and on the market for about three months. Shields said East Grace Street used to have the “highest women’s fashion” in Richmond.

“All the windows looked just like Fifth Avenue in New York,” Shields said. “Every building had someone in there at that time– it was before the malls.”

The deal isn’t Ayers’ first foray into commercial real estate. She also owns the property at 2501 W. Main St., where Continental Divide, a Charlottesville-based eatery, is set to open its second location. Ayer’s previously operated Mint out of that space.

Julep’s will arrive in a strip of Grace Street that’s seen slow but steady change in recent years.

Jason Alley, owner of Comfort, opened Pasture in 2011 next door to where Julep’s is re-locating. Rappahannock Restaurant opened in 2012 just one block west. Perly’s, for many years a downtown favorite, is getting ready to re-open at 111 E. Grace St.
There has been one casualty along that stretch in recent months: The 525 at the Berry Burke closed at 525 E. Grace St. in April after two years in business.

“This block is quickly becoming the next ‘restaurant row,’” Johnson said in an email. “Julep’s will be a great addition.”