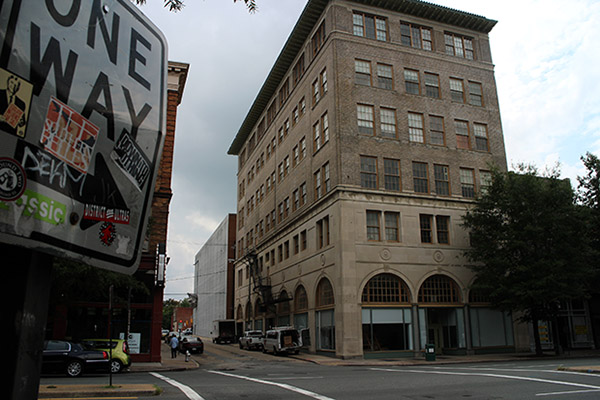 Crews are clearing out the third floor of the building to make way for the first hotel rooms at 201 W. Broad St. Photos by Evelyn Rupert.

With its final piece of real estate in place, a new downtown hotel project is underway.

Ted Ukrop began work Thursday on the first of about 70 guest rooms at the forthcoming Quirk hotel at West Broad and Jefferson streets.

The first room will be a third-floor model unit and will eventually become room 303 at the hotel and art gallery. The project has been stewing at the apartment and office building for years.

“We really first started planning it in 2008, but due to the economy, it never happened for a variety of reasons,” Ukrop said.

The plans call for 70 to 76 rooms between two buildings at 201 and 207 W. Broad St., with the final number dependent on how many rooms historic tax credit rules will allow related to the renovation. The property will also house the hotel’s namesake Quirk gallery, an art gallery Ted Ukrop’s wife Katie Ukrop operates a block over at 311 W. Broad St.

The bulk of the hotel’s guest rooms will be in the larger six-story building at 201 W. Broad St. The ground floor in that building will hold a restaurant and bar, a lounge and a coffee bar. Ukrop also plans to build a mezzanine level with a lounge and a pair of meeting rooms. 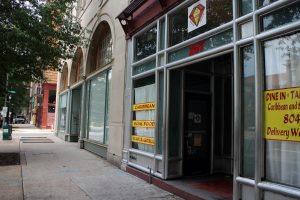 Ukrop bought the building next door to the main hotel at 207 W. Broad St.

Quirk will also take over the adjoining 207 W. Broad St. Ukrop bought the property on July 3 for $830,000. The Quirk gallery will move into that building, which will also house four guest rooms, an open-air courtyard and the hotel’s kitchen.

Colorado-based Destination Hotels and Resorts will operate the hotel, and rooms will usually be priced between $150 and $200 per night, Ukrop said. It’s a price that will put the Quirk hotel about in line with downtown’s Linden Row Inn but less expensive than The Jefferson.

Ukrop said the Quirk hotel will aim for a more contemporary feel than the other two independently owned boutique hotels in the neighborhood. He’ll also hope to play on the building’s in-house art gallery and its location in the middle of the arts district and just blocks from the forthcoming VCU Institute for Contemporary Art.

“We want to emphasize art, the local scene and nationally as well,” he said.

Ukrop, whose family once owned the former Ukrop’s grocery store chain, has had a hand in other downtown real estate projects. He was also a developer on the conversion of the Berry Burk building at 525 E. Grace St. 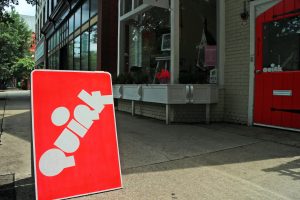 Ukrop said the hotel will use some of Quirk gallery’s current space for offices after it relocates. But he said he doesn’t want the Quirk storefront to go dark.

“We don’t know what’s going to be happening with the front of Quirk, but the intent is to make it some sort of retail space so there’s street presence and activity along Broad Street,” he said.

Ukrop declined to specify a budget for the project, but plans to offset some of the costs with historic tax credits. 3North Architects is the project’s architect and Poesis Design will handle interior design. W.M. Jordan Co. is the project’s general contractor.

Ukrop said he has a firm September 2015 deadline to finish the project. That’s when the World Road Cycling Championships will roll into Richmond, and Ukrop said he would like to get the hotel up and running a few weeks before the event.

“It’s going to be a tight schedule, but that’s always been the goal,” he said.

This project is hotter than two summers and will have a significant positive impact to broad street. Congratulations to the developers for having the vision to redevelop this property.

Ted Ukrop managed the construction of the new First Market Bank buildings before the bank merged with Union. Those buildings have a really great look and feel. I’m sure this hotel will be every bit as good.