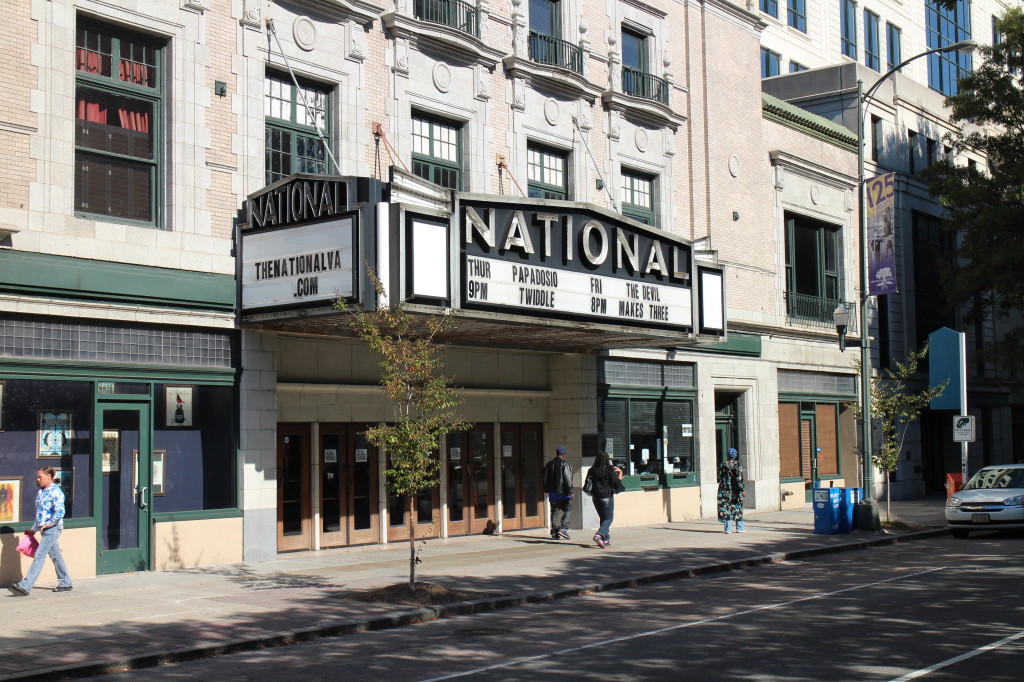 The National was purchased on Sept. 30 for $6.7 million by an entity tied to Los Angeles-based AEG Live, a concert promoter and venue operator whose parent company owns sports arenas and professional sports teams around the world.

The National was sold by RIC Capital Ventures LLC, a company that for the last 11 months had been entangled in a legal dispute among its owners over how the business and its money were being managed.

The suit was filed in October 2013 by James River Entertainment, a group of investors who owned a minority stake in the National. It claimed that RIC Capital principals A. William Reid and J. Scott Benton concealed revenue from ticket sales, excluded the minority investors from receiving a share of revenue and denied access to accurate copies of its books. The suit further claimed Reid and Benton paid themselves “exorbitant” personal compensation.

The case also alleged that the defendants diverted funds from the National to other business interests. Reid and Benton were part-owners of the Norva, a concert venue in Norfolk. They sold to AEG for $5.9 million on Sept. 24, according to Norfolk city records.

Jim Cosby, an attorney with Vandeventer Black who represented James River Entertainment in the lawsuit, said the minority owners agreed to be bought out and dismiss the case, clearing a path for the sale to AEG.

“We agreed to a redemption of JRE’s interest that allowed the sale to occur because it represented a favorable liquidity event for my clients,” Cosby said. “Having that result, there was no further need to maintain the lawsuit, so we agreed to a dismissal.”

The defendants sought to have the case tossed out, and Cosby said the potential to sell the National to AEG arose during the litigation process.

Reid did not return calls seeking comment on the sale.

Todd Fiorella, a Norfolk attorney who represents Reid, Benton and RIC Capital Ventures, did not comment by press time when reached through email.

Messages left with AEG were not returned by Monday evening.

RIC Capital Ventures purchased the National property which was built in 1923, for $1.6 million and reopened it in 2008. RIC Capital renovated the property to the tune of about $15 million, and the project received about $4.5 million in state and federal historic tax credits.

Last week’s sales price of the National represents a fraction of the venue’s value according to city records. It was most recently assessed at $11.06 million.

And how does this transaction impact day to day operations, or future performances???