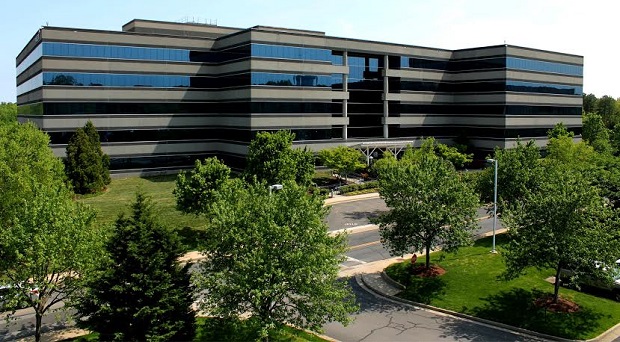 A massive Henrico County office building has landed its last needed anchor tenant and is officially off the market.

“We consider ourselves fully leased,” said J.B. Gurley, a principal with Markel | Eagle Partners, the local private equity firm that owns the building. “There is some space that is there for folks that might need to expand, but that’s what we’re going to look at it as.”

McKesson will be the largest tenant in Deep Run III and will vacate about 145,000 square feet at 8741 Landmark Road near Parham and Staples Mill roads. The company plans to move next summer and is anticipating investing about $10 million in its expansion that will add 225 employees over the next several years.

At 383,000 square feet, Deep Run III went dark in April 2009 after Circuit City collapsed. Markel | Eagle and Diversified Realty Ventures went in together on a $12.4 million purchase of the property in October 2011. DRV no longer holds its stake.

The new owners spent around $13 million to renovate DRIII, including the addition of a new four-story parking deck, cafeteria, gym and updated common spaces. Eagle Commercial Construction was the contractor, and Architects Dayton Thompson designed the renovations.

Appendix R Solutions and U.K.-based Acision added their firms to the tenant roster in the summer of 2013, and accounting firm Yount Hyde & Barbour announced it would move over from Innsbrook in June of this year.

Brokers Austin Newman and Mark Douglas of Cushman & Wakefield | Thalhimer represented the building through each lease in the process. Will Bradley and Bill Reynolds of CBRE | Richmond represented McKesson in its lease. Lou Christopher of CBRE in Washington, D.C. also worked the deal.

The company needed to move because it had outgrown the office space in its current building, King said. McKesson does not use the warehouse portion, he added.

Deep Run III won out because it was the right amount of space, offered a quicker move-in timetable and a price McKesson was willing to pay, he said.

“Time-wise, once the opportunity came up, it was good to be able to move fast,” King said. “This has been a long time coming, and it will be quite an upgrade for us.”