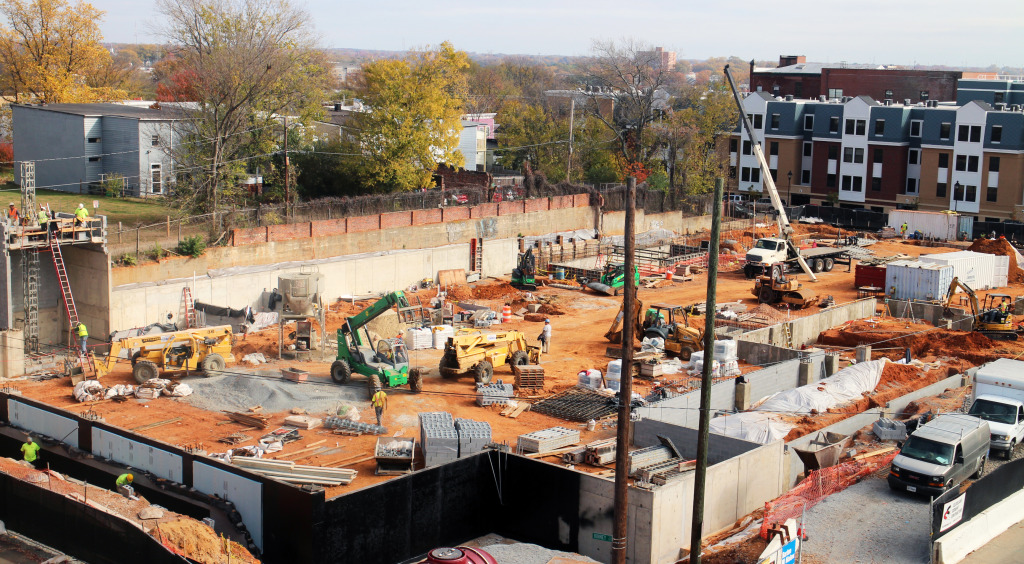 Just days ahead of a new VCU basketball season, construction is well under way at the school’s planned $25 million practice facility.

The 60,000-square-foot, two-gym facility is taking shape on Marshall Street in Carver across from the Siegel Center. VCU is building on a 1.13-acre plot it bought for $2.65 million in a pair of May real estate deals.

The school first pitched the project as a $14.5 million, single-gym facility about two years ago. VCU released updated plans in March. Private donations will pay for $14.5 million of the new practice facility, and student fees will cover the remaining $10.5 million.

Several major corporate donors teamed up with VCU during its drive to raise money for the new gym. MeadWestvaco gave the school $3 million in February of last year, a gift that was the largest in VCU athletics history until Health Diagnostic Laboratory topped it with $4 million donation of its own about a week later.

Lumber Liquidators is also pitching in cash and hardwood floors for the project. The company’s gift could total up to $1 million, depending on how much wood goes into the practice facility.

VCU Executive Associate Athletic Director Glenn Hofmann said in May students would not be paying any new fees for the building. Instead, the athletic department is reallocating cash from the pool of fees that comes into the department each year. No state money is going towards the project.

The Rams currently practice at the Franklin Street Gym.

VCU’s men’s team will begin its season this Friday with a game against the University of Tennessee in Annapolis, Md.