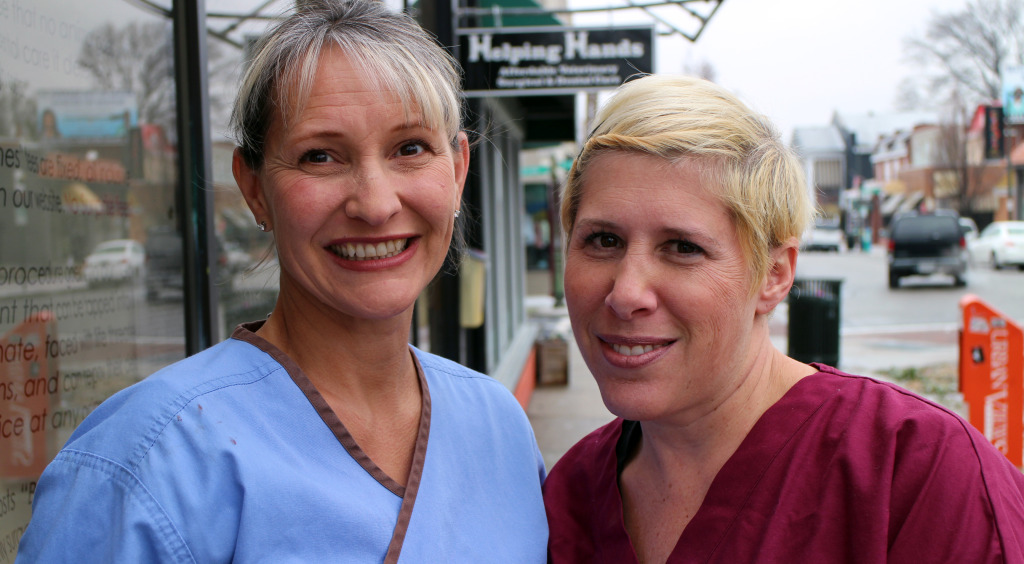 Helping Hands’ Jackie Morasco (left) and Lori Pasternak are moving their vet practice out of Carytown. Photos by Michael Thompson.

To kick off its fifth year in business, a Carytown veterinarian is rolling over toward the Diamond.

Helping Hands Veterinary Surgery and Dental Care will relocate this summer from its original home at 3402 W. Cary St. to a space about three times larger at 1605 Rhoadmiller St. in the Hermitage Road Warehouse Historic District.

Lori Pasternak, who co-owns the practice with Jackie Morasco, said the business has outgrown its 2,100-square-foot Carytown space.

“We had no idea if anyone would show up, and here we are five years later and have to triple our size,” Pasternak said “We’d rather go big than go small in case we ever need to grow again.”

The pair formed an entity to buy their practice’s new 12,800-square-foot building for $635,000 in June. It was previously owned by MCV Associated Physicians. 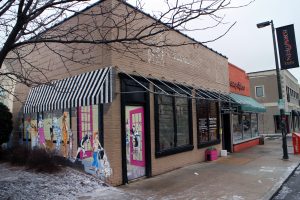 In addition to owning their own building, the move will also allow the vets to become landlords. They plan to occupy half of the building and lease out the other half, Pasternak said.

They’ll renovate the building to the tune of more than $350,000, and they are financing the venture with a loan from Bank of America.

Chuck Wilson of Infinity Construction and Design is the contractor for the project. Andy Scudder of Johannas Design Group is the architect.

Helping Hands specializes in advanced surgery and dental care for pets. Prices for procedures are fixed, and most cost $1,000 or less.

Helping Hands’ new home will be near the Richmond SPCA, which does more routine care for pets and should complement the business, Pasternak said.

Pasternak said Helping Hands has had clients come from as far as the West Coast, Canada and Peru because of the advanced surgeries the clinic does.

The business got a bump in visibility less than a year after it opened when Helping Hands was featured on Good Morning America.

Correction: A previous version of this story incorrectly reported that no procedures at Helping Hands cost more than $1,000. Most of its procedures are below $1,000 but there are a few above that threshold.

You do awesome work. Good luck in your new location.

Congrats Helping Hands! You guys do a great job. Your business is so professional & yet so very friendly. Cannot say enough about your great work.

Congratulations! And hopefully, this means better parking conditions? The first accident I’ve had in 30 years occurred when I had to find parking in Carytown. Nice area, but better parking and more space? Can’t wait to see the new place! I’m sure we’ll be seeing you. Don’t know what we’d do without you!

Whew…was afraid you were moving out of Richmond. Congrats on your new/great location! We love you for the good things you do!! Can’t wait to see the new place.

Thank you so much for the care you have given my dogs. I have referred people there in town and out of town. They called me and nothing but good things to say about your practice. The new location will be convenient to me and the parking so much better. When I worked for VCU Medical Center, I trained in the building you are buying. Wishing you the very Best in your new venture. See you there!

thank you so much for helping my dog. when we rescued him, we had no idea how badly decayed his teeth were. your staff was so good to him, and to his family who were worried about him. he is like a new puppy now, because he is finally pain-free. congratulations on your grown–you deserve success!

Great news! I had a fantastic experience at Helping Hands. My dog got his teeth cleaned and several extractions for 1/3 the price it would’ve cost at my vet here in the DC area. The staff was also so friendly and welcoming. We will definitely back and can’t wait to see your new space!