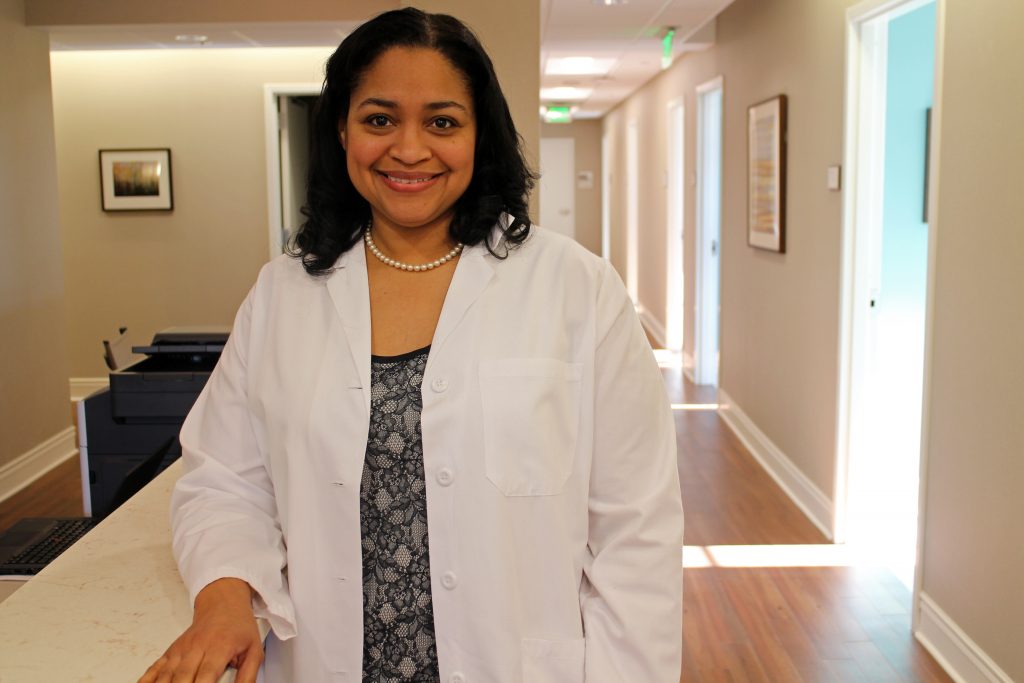 A major Richmond health system has bought into Shockoe Bottom.

The primary care clinic provides acute care, which applies to ailments like the flu, as well as chronic conditions like diabetes and high blood pressure. It also offers physicals and women’s health services.

The practice is the first of its kind opened by a major area health system in Shockoe Bottom. Dr. Vicki Latham-Solomon, one of the heads of the clinic, said it was launched as a response to growing demand in the area.

“(Bon Secours) wanted a practice in a part of town where we typically haven’t had a lot of medical care,” Latham-Solomon said. “This part of town is really growing.”

The clinic occupies about 4,300 square feet on the top floor of a five-story building that it shares with tenants including 7 Hills Brewing Co., GiveMore.com, Whittington Consulting Group and VHB Inc.

Bon Secours’ bet on the Bottom will rely on the neighborhood’s steady flow of residents from surrounding apartment developments and the assortment of nearby businesses. 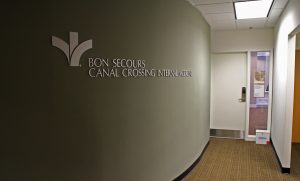 The new office is a primary care practice aimed at adults.

Latham-Solomon said she hopes the office will appeal to younger residents of Shockoe Bottom and encourage them to seek preventative medical care.

“I think we’re very optimistic about the growth of the practice and hoping that in a short while, we’ll start to see an influx of patients and patients will be happy here and established with us,” she said.

Fulton Hill Properties handles the leasing for the Canal Crossing complex, which also includes the neighboring building at 101 S. 15th St. where tenants including Baskervill and Buffalo Wild Wings reside.

Bon Secours spent about 10 weeks renovating its space in the building, which includes nine exam rooms. Capstone Contracting did the work.

A Bon Secours representative said the health system does not release financial information, including how much it cost to open and renovate its new office.

In addition to Latham-Solomon, nurse practitioner Katie Skiff and physician assistant Sarah Meyers will help run the new office. There will also be two nurses, a front desk staff member and an office manager. The clinic serves patients ages 16 and older.

The organization also announced its move into Broad Hill Centre in Short Pump and the acquisition of Rappahannock General Hospital.