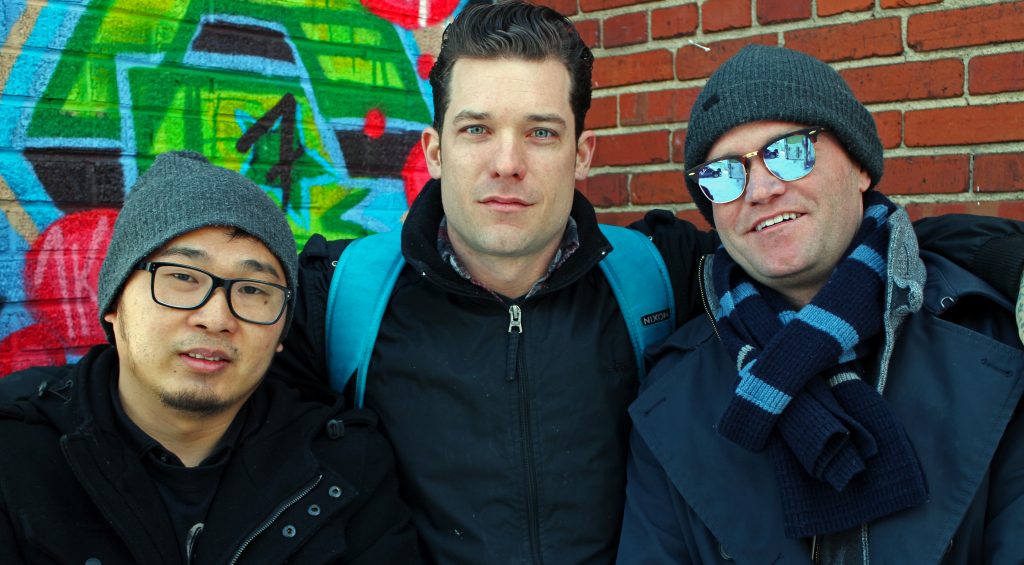 From left: Joe Kiatsuranon, Jason Lough and Brandon Pierce plan to open a new Thai concept outside the Fan. Photos by Michael Thompson.

With the help of some friends, a member of a local restaurant family is at it again.

Joe Kiatsuranon, who owns My Noodle & Bar in the Fan, plans to open a new Thai restaurant near Scott’s Addition next month with partners Brandon Pierce and Jason Lough.

The trio’s concept will be called Sabai, which is Thai for “chill” or “relaxed.” It is taking over the 2,600-square-foot space at 2727 W. Broad St. that was formerly home to Yummy Chinese Restaurant.

“We’re all hungry,” Kiatsuranon said. “This is big compared with My Noodle.”

Kiatsuranon, who opened My Noodle on Monument Avenue in 2013, comes from a prolific Richmond restaurant family. His mother, Sukanya Pala-art, owns two Mom’s Siam Thai restaurant locations. And his brother, Sonny Kiatsuranon, is the owner of Fan Noodle Bar.

Pierce, who lives in Thailand, is a former iron worker and will have a crew install reclaimed wood walls and doors and make custom steel tables and chairs for Sabai.

Lough is currently the bar manager at Rappahannock downtown. He plans to leave his post to manage the bar at Sabai once it opens. 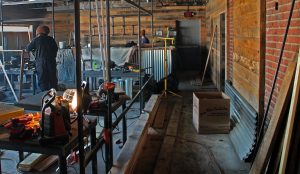 Sabai is renovating the inside of the former Yummy Chinese space.

“Our favorite things to eat in Thailand are on the street corner,” Pierce said.

Prices will range from $6 to $18. Sabai, which will initially be open for evening and late-night service, will eventually add lunch.

Yummy Chinese left the space in November. Pierce would not say how much it will cost to get the space ready to open but said the three owners are financing it themselves.

“This area is up-and-coming,” Pierce said. “We saw a diamond in the rough.”

The restaurateurs said Sabai will be a step away from the fare at My Noodle and other noodle shops around town.

“It’s not quite as noodle-centric,” Lough said. “This is (Kiatsuranon) doing his own thing.”

Plans for Sabai were first reported by Richmond.com.

This area is about to explode, and this is a fine addition. Also, has anyone ever seen a person come or go from the Yummy Chinese?

That would be Jason Lough!