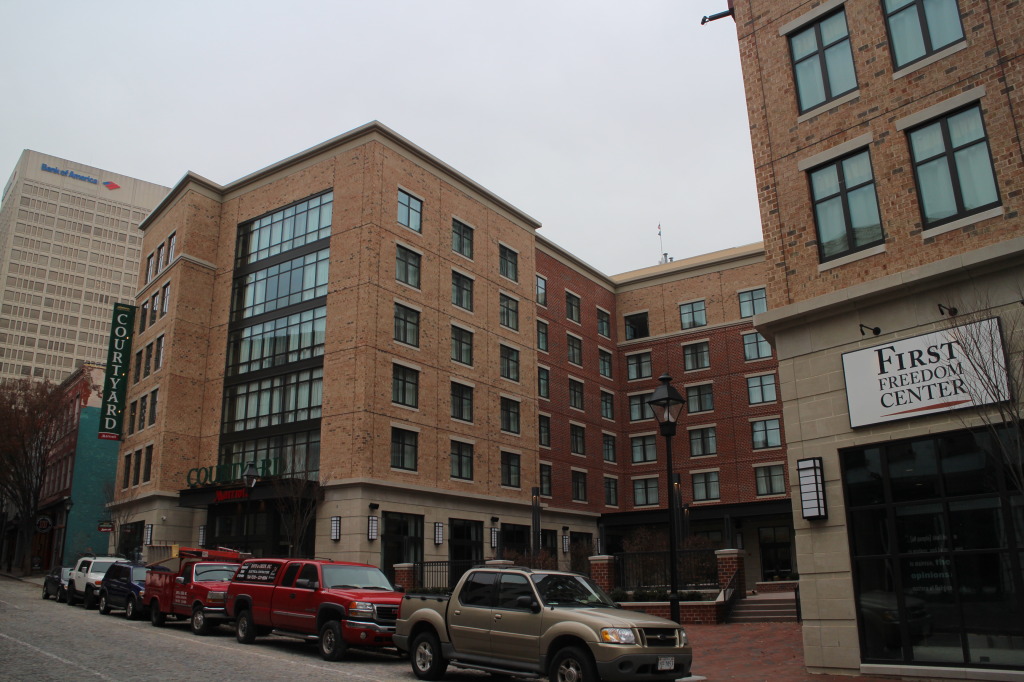 As it continues toward a public listing of its shares, a downtown real estate investment firm has unloaded a chunk of its hotel portfolio in a nine-figure deal.

Apple Hospitality REIT, part of locally based Apple REIT Cos., sold 18 of its hotel properties last month for a total of $206 million.

The buyer was New York City-based MCR Development LLC, and the sales were finalized on Feb. 26, according to a Securities and Exchange Commission filing.

The properties consisted of 1,787 guest rooms and are located in 11 states, all outside of Virginia. Apple Hospitality REIT’s portfolio now consists of 173 hotels, including the Richmond Marriott on East Broad Street and the recently constructed Courtyard Marriott and Residence Inn in Shockoe Slip.

Just days after closing the sale, Glade Knight, executive chairman of Apple Hospitality REIT and founder and CEO of Apple REIT Cos., sent a letter to its shareholders about its plans to potentially take the company public.

In the letter, dated March 2, Knight said: “With anticipated continued improvement in the Company’s operating results and industry projections of sustained growth in the hotel sector, we believe a listing of the Company’s shares for trading on a national securities exchange provides the most favorable option for shareholder liquidity at this time and the Company has begun taking steps in that direction.”

Apple REIT has previously said it was exploring “strategic alternatives” for the Apple Hospitality fund , which was created through the merger of its Apple REIT Seven, Eight and Nine funds.

The Apple REIT Cos. is headquartered at 814 E. Main St. Photo by Lena Price.

Post-merger, the company has said it would look to list the fund’s shares on a public stock market or sell it to an outside buyer, as it did in 2013 with one of its previous funds. The recent letter is the clearest indication that the company is leaning toward a public listing.

The letter noted a public listing may not be achieved, and Knight said the company is not providing a timetable. It has hired Merrill Lynch as its financial adviser during the process.

Should the company go public, it could result in a lucrative windfall for Knight, who as of a year ago owned 15.86 million shares of common stock of the combined funds post-merger.

Those shares had an estimated value of between $9 and $11 per share, according to SEC filings at the time. That equates to a total of between about $142 million and $175 million.

Knight’s potential payout was one of several pieces of the merger that resulted in a lawsuit against parts of the firm and its leaders. Knight and others were sued by two shareholders of Apple REIT Nine who argued that the merger was harmful to certain shareholders and alleged conflicts of interest and alleged self-dealing among insiders. The case remains open.

As of now, Apple REIT shares are non-traded, meaning they are not bought and sold on any public stock market and are therefore considered largely illiquid.

It has, over the years, employed New York broker David Lerner Associates to sell the shares of its open funds, but none of its funds are currently open to new investors. It recently closed out its Apple REIT Ten fund after selling more than $1 billion worth of shares.

Apple REIT spokesperson Kelly Clarke said the company would not comment outside of the information in its SEC filings.