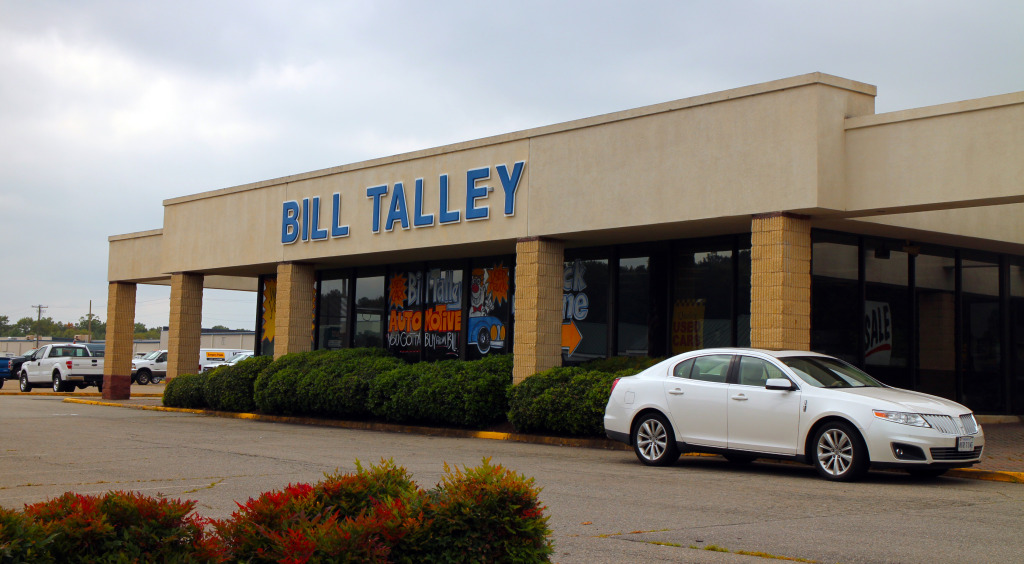 Plans have been submitted to the city for the demolition of a Ford dealership to make way for a new grocery store. Photo by Burl Rolett.

Update: this report has been updated to include a statement from Lidl and its development arm.

Yet another contender is jumping in on Richmond’s grocery store war.

That’s on the heels of plans filed last week by Aldi, another German grocer, for a new store in the county on West Broad Street.

Lidl’s plans on Laburnum call for the demolition of the current Bill Talley Ford dealership, which sits on a little more than 4 acres, to make way for a 36,000-square-foot grocery store. The files indicate that the building may be up and running by January 2016.

An elevation of the Lidl building from plans submitted to the county.

The grocery project will go before the Henrico County Planning Commission on May 27.

Some big retail brands make a practice of quietly operating initially behind development companies for pending projects until they formally announce their plans. Walmart has used a similar tactic while planning several of its new Neighborhood Market stores around the region.

MGP is developing the Laburnum Avenue store, the plans show. Little Architecture, a Charlotte, North Carolina-based firm, is designing the project, and the Timmons Group is the engineer.

MGP responded to inquiries on the project with a prepared statement: “As has been reported, Lidl is in the early stages of preparation to operate in the United States. We are taking steps toward this effort. However we are not able to comment on any particular transaction at this time.” 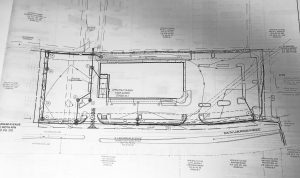 The Planning Commission will weigh in on the project in late May.

Lidl is owned by the Germany-based Schwarz Group and has about 10,000 stores in 26 countries. A recent report in the Washington Business Journal reported that Lidl is in the early stages of establishing its U.S. operations and setting up an office in Northern Virginia.

Lidl is a direct competitor with Aldi, which is in the midst of an aggressive expansion plan throughout the United States. Aldi recently opened its first two Richmond locations and filed plans in Henrico County for what will be its seventh proposed location in the region.

The company, like Aldi, markets itself as a discount grocer. According to its United Kingdom website, it simplifies its offerings by reducing the number of brands available, largely carrying its own brands, and charging for grocery bags. Many Lidl stores, as the South Laburnum Avenue plans suggest, include a bakery.

Bill Talley Ford, which remains open at its current location, will move to the property next door. Owner Bill Talley said the dealership property – owned by Talley Family LP – is under contract to be sold, but he wouldn’t comment specifically on plans for Lidl.

Talley said he hopes to be in his newly renovated facility next to the grocery store location by October or November of this year. He is currently going through the planning process with the county.

“It’ll be great to be next to a grocery store because of the traffic coming in and out of there, and the exposure we’ll get,” Talley said. “And I’m sure the grocery store thinks the same, someone can bring their car in for service and go across to the store and kill two birds with one stone.”

I shopped at a Lidl while visiting relatives in Holland last October. Those of you wishing that Trader Joes would build in your neighborhood will be presently surprised by the similarity of product choices and merchandising. Only its nearly twice as large! The prepared lunches we had purchased for traveling were excellent. I’ve seen the proposed plans for the local Lidls and I must say “Wow”. They”ll be a big hit here.

According to Triad (NC) Business Daily, this local store will be Lidl’s first US store. TBD is monitoring Lidl’s because of some possible plans for a warehouse in NC, but the Laburnum store is apparently the chain’s first in the US. Something of a coup for Richmond, given Lidl’s reputation and performance elsewhere on the globe. Richmond only recently, by contrast, got an Aldi, another fine German grocer, and one which has been elsewhere in the States for years.